How using psychology in the finance sector is improving investors’ gains

Applying psychology to finance can help investors reduce the impact of their emotions on investment decisions, improving gains and reducing losses 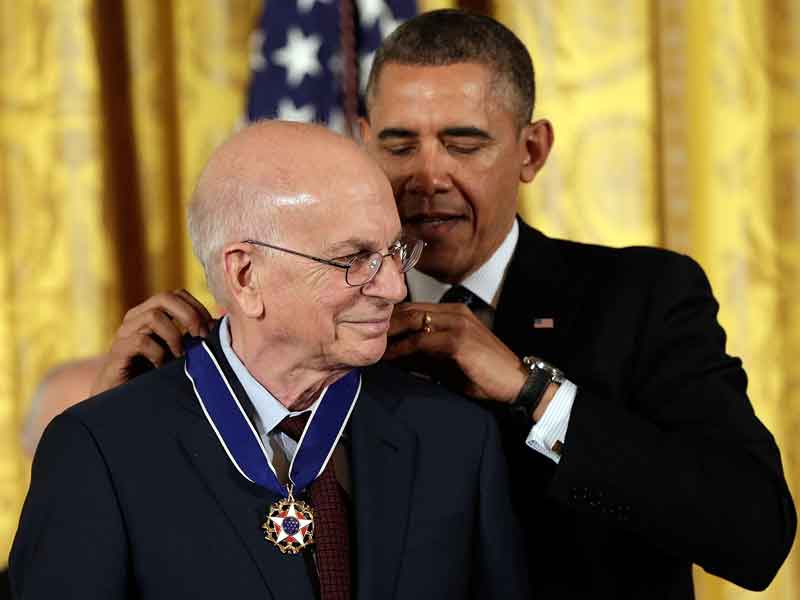 “The investor’s chief problem – and even his worst enemy – is likely to be himself.” So wrote 20th-century American economist Benjamin Graham, in what has become a source of inspiration for many investors including Warren Buffett, and a statement that resonates strongly in the current environment.

In the words of Béatrice Belorgey, CEO of BNP Paribas Banque Privée and Chair of B*capital: “In an environment marked by persistently low interest rates, the search for yield translates into greater investment in equities. Investors want higher yields, but they don’t want to take on more risks to achieve them.”

At the same time, more frequent periods of instability and high volatility in equity markets create a strong aversion to risk. In such a situation, decision-making is likely to be more emotional than rational. Investors can become more reactive to short-term events and lose sight of their long-term goals. They are guided more by market events than by their priorities.

“That’s why it’s so important to provide each of our clients with comprehensive guidance. This obviously includes financial expertise, but also an awareness of behavioural finance,” Belorgey explained.

Classical financial theory assumes that investors are rational. But a rational investor – one who makes decisions without any emotional interference – exists only in theory. In reality, every individual’s decisions and risk-taking behaviours are influenced by their own psychology, emotions and personal experience.

Human psychology has a major impact on investor behaviour. According to Dalbar, recent studies have suggested that it has a negative impact of around three percent on portfolio performance. That’s enough to double your initial investment over 20 years.

Investors experience highly variable emotional states. They can go from optimism or enthusiasm to despondency or panic. And rapid phases of market acceleration or deceleration only accentuate investors’ emotions and psychological states. Therefore, knowledge of an investor’s psychology can help everyone be more clear-headed and seek investment objectives with greater calm.

This is what is called ‘behavioural finance’, or the application of psychology to finance. The field took off with the development of prospect theory in 1979, by American psychologist and economist Daniel Kahneman, winner of the 2002 Nobel Prize in Economics, in collaboration with psychologist Amos Tversky.

Active bias
It is important for an investor to be aware of behavioural biases so they can attempt to limit them and become more capable of achieving their objectives, especially in terms of risk taking.

Such biases are numerous, but we can nonetheless name a few that should be familiar to almost everyone. One bias is resistance to change, which drives investors to see any new development as an additional risk factor, even if it is positive. Another is regret aversion, where investors restrain from taking action out of fear of making a mistake. These two biases diminish the investor’s capacity for response and can hold them back from seizing opportunities that present themselves.

Recency bias reflects the natural tendency to only look at recent market performance. The risk in this case is drawing hasty conclusions based on the results of the past several days instead of analysing long-term trends. There is no shortage of examples; the first half of 2016 was a perfect illustration.

The sharp declines in the European financial markets that were triggered in January and again in June probably led many investors to reduce their exposure. However, a longer-term analysis concluded that it was merely a temporary interruption in a long-term upward trend.

Behavioural biases also tend to increase the risks taken by an investor by reducing their financial market diversification. Several types of bias can be seen: an investor may have the tendency to reduce their positions during market troughs due to fear, or the opposite may occur with investors who exceed their habitual risk tolerance out of a sense of euphoria during market upswings.

Both are examples of excesses that expose investors to damage in the event of a trend reversal. In the first case, the investor loses an opportunity. In the second, they greatly increase their risks.

These two tendencies may be compounded by home bias, which drives investors towards the securities and strategies they know best. The same goes for overconfidence and the illusion of control, which lead investors to concentrate their assets in just a few positions or considerably increase the weighting of a specific security. Finally, the fear of missing out on gains is often a poor companion, as it leads to making hasty, and ultimately untimely, decisions.

Box/prospect theory
All investors want to avoid losing money. However, they tend to sell winning positions too early and miss out on substantial growth opportunities. When a stock begins to rise in value, the initial sense of satisfaction is strong but does not increase in proportion to the stock’s growth. Instead, the fear of seeing unrealised gains falls back to zero and creates a very strong feeling of unease. Investors are therefore tempted to sell too early.

The reverse can also occur. At the beginning of a downturn, when losses are around 10 to 15 percent, the sense of unease is strong. In fact, it is stronger than that felt during an upswing, as investors find it difficult to accept the situation.

They lose their clear-headedness and cling to the hope that the stock will recover, even if all the indicators are flashing red. Selling at a loss is a hard pill for any investor to swallow.

But, by the time the loss becomes significant, the psychological consequences of further declines take on a different character. Investors think it is too late to sell and passively hold on to the security. If the stock does return to its purchase price, the investor’s relief will drive them to quickly sell, even without a profit.

Psychological effects
Behavioural finance is particularly important when it comes to arbitrage. Investors must always be ready to balance their portfolio, selling the least promising stocks in order to buy those with the greatest potential. There are several psychological biases that hinder effective arbitrage.

In an equity portfolio, it is easier to find new stocks to buy, as the selection is broad. Selling, on the other hand, is more difficult. When an investor decides to sell, they unconsciously demonstrate the endowment effect, which is the natural tendency to ascribe more value to what one owns.

Thus, the investor subjectively attributes a higher value to the security they hold, leading to a different arbitrage result than planned. If the security then enters a downturn, the investor risks retaining an underperforming position. This is especially problematic when combined with the expectation of achieving returns that are no longer attainable. It is rather like a gambler who keeps playing and losing money while believing they will win it back.

If one is aware of this bias, it may be counteracted by reversing the formula. In other words, the investor should imagine they do not hold the share in their portfolio and ask themselves if they would buy it at its listed price. If the answer is no, then they have no reason not to sell it.

“In the current environment, behavioural finance has become indispensable for investors, and therefore for private banks,” Belorgey explained. There is no miracle solution. In the case of advisory management, the private banker plays an essential role. Because they know their client and the strategy they have put in place, they can help them steer clear of such ‘natural’ reflexes.

“Our employees have already been broadly aware of behavioural finance for several years now, thanks to our stock market specialist B*capital,” said Belorgey. “We are in an active coaching phase, speaking to each employee individually in order to optimally integrate behavioural finance with the customer relationship process.

Our goal is to apply this knowledge in the personalised relationships we maintain with each of our clients, as we believe that behavioural finance is as important to the customer relationship as financial expertise.

“To further explore the subject of behavioural finance, we have also organised conferences at private banking centres to help clients identify behavioural biases. This approach is supported by a series of videos accessible on the websites of BNP Paribas Banque Privée and B*capital,” Belorgey added. “They help illustrate the importance of understanding investor psychology, and teach investors about the biases they commit and that they need to overcome.

“The videos are organised around specific themes, such as how to invest, remaining well-diversified, effective arbitrage, monitoring trends, and contrarian investing. We’ll soon be launching a dedicated mobile app to round out support for our clients in the area of behavioural finance. This initiative fits into our broader digital banking approach.”