Iceland’s economic turnaround since the 2008 financial crisis is nothing short of exemplary. With capital controls now being chipped away, this island nation boasts a vast array of investment opportunities 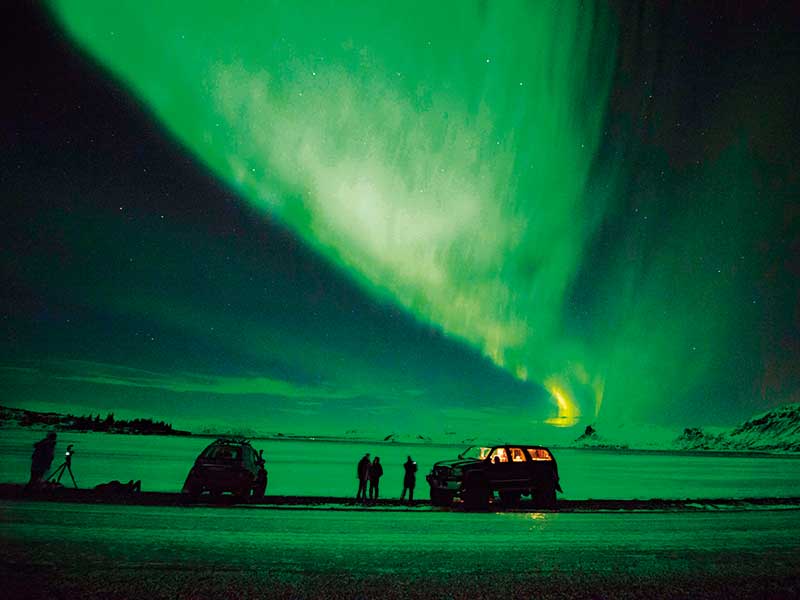 The 2008 financial crisis had a devastating and profound impact on Iceland’s economy. But, through a series of instrumental changes, the economy has become well balanced, and now boasts a current account surplus. In fact, for the first time in its history, Iceland has more assets abroad than liabilities.

As such, the foundations of the Icelandic economy are stronger than ever. The collapse of Iceland’s national currency, the krona, in 2008 has made Iceland’s export sector more competitive. This, among a number of other factors, provided the platform for the substantial growth currently being experienced by the tourism sector: in 2017, 2.2 million tourists are expected to visit Iceland, compared to just 500,000 in 2007.

This boom in visitors has led tourism to become the fourth pillar of the economy, joining the fishing industry, energy market and international sector (Icelandic companies operating in foreign markets) as a key driver of Icelandic growth.

World Finance spoke to Sigurður Hannesson, Managing Director of Asset Management at Kvika Banki, about Iceland’s phenomenal economic recovery and the bank’s strategy in light of the country’s impressive variety of investment opportunities.

How did Iceland deal with the crash differently to the other countries affected?
Unlike the states of many other countries, the Icelandic authorities didn’t have the resources to bail out the banks during the 2008 crisis, so had to find an alternative solution. In this respect, there were three key decisions that set Iceland apart.

First, the sovereign was ringfenced and the state refused to take on private debt. The legislation was then altered to prioritise deposits over any state funding for the banks. This was an important move as it kept the payment system operational.

After eight years of strict capital controls, businesses
and residents are finally allowed to invest abroad

Third, capital controls were imposed in order to protect the overhang of capital that would have otherwise left the country. Without the introduction of capital controls in 2008, there would have been an even greater drop in the local currency and Iceland would have slipped into an even deeper crisis. Most of these capital controls have now been lifted, and will, hopefully, be abolished completely in the next couple of years.

What has spurred Iceland’s impressive economic recovery?
While the growth of tourism has been a significant driver of Iceland’s economic recovery, recent policy measures have also contributed enormously. This includes the government-initiated programme of household debt reduction, which was designed to stimulate a previously frozen housing market and reduce household debt. As a result, household debt is now just 77 percent of GDP, down significantly from its peak of 124 percent in 2009.

Further, investments have also started to pick up, and demand in the housing market rose in 2013 after a five-year freeze. Supply is still lagging behind the rise in demand, but a greater balance is expected by 2020.

With capital controls helping to provide economic stability, how was the government able to abolish them?
There were two legacy issues that had to be resolved in order for the government to lift the capital controls imposed on residents and businesses. First, the failed banks had to acknowledge the economic situation and fulfil the stability conditions imposed by Icelandic authorities. Fortunately, all failed estates accepted these new conditions, paving the way for the controls to be lifted.

The other legacy issue was the so-called offshore krona: the leftovers of the carry trade that took place between 2004 and 2007 when Icelandic policy rates reached a peak of 18 percent. The outflow stemming from this offshore krona had to be organised in order to prevent further shocks.

Once these legacy issues had been dealt with, the government was able to issue allowances for foreign investments. In 2015, pension funds were allowed to invest abroad for the first time since 2008. By 2016, limitations had been decreased significantly, and they now function without limits.

Today, foreign assets account for approximately 20 percent of the pension fund’s portfolio, and this is expected to grow in the future. After eight years of strict capital controls, residents are finally allowed to invest abroad.

What impact has the abolition of capital controls had on Iceland’s economy?
Since the government abolished capital controls, Iceland has been on a steady growth path. In March, S&P raised Iceland’s credit rating to A/A-1 – up from BBB- in 2015 – and the CDS spread on government bonds dropped from 160bp at the beginning of 2015 to 90bp at the close of 2016. Further, the central bank’s policy rates have dropped and the domestic equity market has increased by 39 percent in the past two years. Investment has also picked up after a few underwhelming years.

Despite experiencing an enormous economic growth of 7.2 percent in 2016, inflation is below the central bank’s target of 2.5 percent. In fact, inflation has been low for the longest consecutive period in decades.

Number of tourists recorded in 2007

Tourists expected to visit in 2017

Household debt as a percentage of Iceland’s GDP in 2009

Household debt as a percentage of Iceland’s GDP in 2017

In terms of the national currency, the Icelandic krona has strengthened significantly since foreign investment picked up. The attention was originally on low risk assets like government bonds, but recently this focus has shifted to listed and private equity.

What are the greatest opportunities now offered by the Icelandic economy?
With healthy growth and a well-balanced economy, there are numerous opportunities related to equities and real estate in Iceland. As Iceland has been isolated for eight years, there are so many opportunities for local companies to grow abroad. This can explain the large increase in mergers and acquisitions of late, with Kvika playing an advisory role in many large deals involving foreign investors in 2016.

And what are the risks?
With so much growth in tourism and an uptick in investments, the labour market is becoming a concern. Wages have risen significantly in the past few years, so a new policy is being implemented to strengthen the framework around wage bargaining. If this policy works, it will reduce the risks significantly.

Further, while housing prices have not returned to their former levels in real terms, demand is currently far greater than supply. However, with thousands of homes being built in the next three years, the housing market is expected to reach a balance in 2020.

What impact has this transition had on Kvika?
Kvika had an exceptional year in 2016, generating approximately 35 percent ROE. More or less all areas of the business did well, and the outlook for this year is quite positive. At present, there’s great interest in investing in Iceland, and a good proportion of this foreign investment goes through Kvika. We expect this to continue this year.

With an ever-growing client base, Kvika has experienced steady growth over the last few years. Capital controls had capped a lot of our economic potential, but we are no longer held by such limitations, and expect this growth to continue.

Residents and Icelandic businesses are now able to invest in international markets, and we were well prepared for this change. Together with our partners abroad, we provide comprehensive services in all major asset classes and major markets around the world.

Specifically, how has this influenced your investment strategy?
Kvika has a long history in foreign financial markets. Since 2004, Kvika and its predecessors have offered services to foreign markets via our extensive network of large international financial institutions. For example, Kvika offers a variety of asset classes and managed accounts services around the world. This includes asset allocation in line with a client’s risk profile and fund selection. The service also offers a full range of all asset classes and strategies in foreign markets.

As soon as the capital controls were lifted, Kvika started diversifying its portfolios, investing in international markets in order to reduce risk. With a clear strategy in place, we believe the risk-adjusted returns will continue to be enhanced, while currency risk and geographical risk will be significantly reduced, resulting in stronger risk-adjusted performance.

Initially, we focused on global investment strategies, but we have been widening our scope in recent months. In that respect, Kvika has extended its product offerings in foreign markets by cooperating with more international asset managers. Thus, Kvika can access the whole universe of investment opportunities and researchers in international markets.

We have further reorganised our international product offerings in response to the continuous changes and challenges in the marketplace, as well as to meet our clients’ requirements. Nowadays, more emphasis has been placed on equities, corporate bonds and alternative investments, such as private equity and real estate.

What does Kvika have planned for the future?
As the only investment bank in Iceland – and the only bank the government does not hold a stake in – we want to grow and expand our platform to provide our clients with a superior service, as well as exceptional investment opportunities.

Although Kvika doesn’t have a physical presence outside Iceland, the bank does do business abroad and caters to international clients. There are definitely exciting times ahead in Iceland: the country has numerous investment opportunities capable of attracting investors and local companies can now broaden their base to reach new markets abroad. For these, and others, Kvika is ready to act.