Following a rally in Latin American markets, the prices of assets in the region have grown substantially. But are there enough structural reasons to sustain a mid-to-long-term rally, or is it time to take the profits and run? 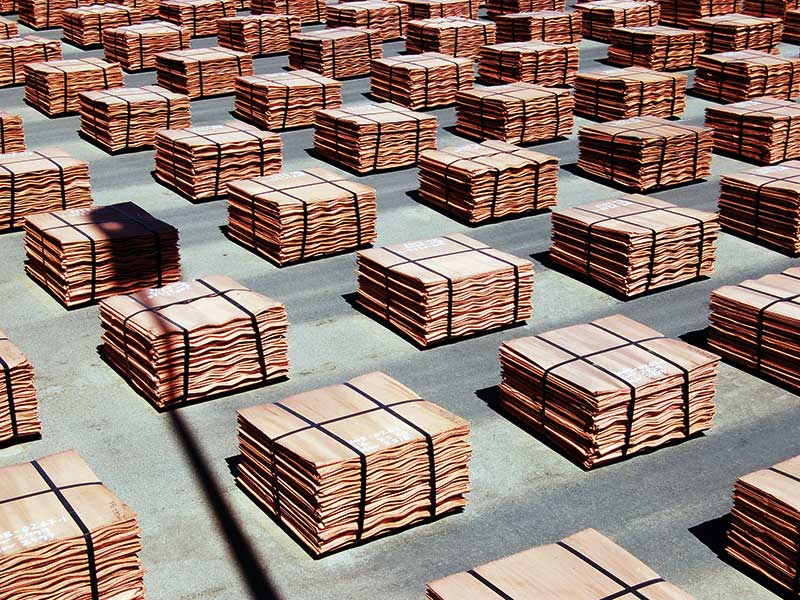 Despite facing a number of challenges, the macropolitical landscape in Latin America appears to be transforming for the better. As populism gives way to more conventional politics, many of the region’s largest economies are starting to benefit from the pro-business policies of their new, market-driven leaders. This political stability has helped negate investors’ fears, encouraging an influx of foreign investment and driving economic growth across Latin America.

A recent uptick in commodity markets has also improved the region’s economic fortunes, with increasing demand from the US and China driving the prices of essential exports higher. This has provided welcome relief to those finally shaking the devastating effects of the commodity market crash in 2008, which subsequently drove the region into deep recession between 2010 and 2015.

At BCI Asset Management, we believe there are a number of signs to suggest further recovery is on the horizon, and with the right fundamentals already in place, we believe Latin America is the market to watch in the years to come.

Political shifts
The improvement in Latin America’s stock indexes can be widely attributed to the change in the region’s political outlook, with the waning influence of populism providing greater stability to markets across South America. This process started with Argentina in December 2015, as Mauricio Macri, a former businessman and proven market-friendly leader, replaced Cristina Fernández as president.

Since Macri’s election, the Argentine stock market index has soared an impressive 139 percent, and the Argentine market looks set to top the region this year with a return of 27.2 percent in US dollars. Optimism surrounding the new government reforms has driven investor confidence, with the elimination of foreign exchange restrictions and the central bank’s focus on inflation particularly popular among investors.

In Brazil, meanwhile, the impeachment of Dilma Rousseff provided a similar stimulus, acting as a tipping point for the country. Last year, Brazil’s stock market index ranked among the world’s top performing. Since the impeachment, the index is up 23 percent, and we believe there is still further value to be found in the stock market. This success has stemmed from a number of economic reforms implemented by the new president, Michel Temer. To date, Temer’s most notable reforms include a 20-year cap on government expenses, the removal of Petrobras as the sole provider of oil in Brazil, and the introduction of an asset reparation amnesty.

But Temer’s most important reform is yet to come to fruition: the social security reform, aimed at safeguarding the government’s fiscal balance and limiting public debt growth, still requires approval, but could be crucial to determining the future path of the Brazilian economy. One of the reform’s main aims is to establish a minimum retirement age of 65, replacing the nation’s current requirement of just 20 years’ contribution.

Should the reform be approved, it will represent a massive win ig 1or the market, providing the central bank with leeway to reduce interest rates to between five and 10 percent, as well as drive credit default swaps down.

Peru has also shown signs of political improvement. Elected in July 2016, President Pedro Pablo Kuczynski has put forward an ambitious reform agenda seeking to enhance the country’s competitiveness by transforming the tax system and re-launching a number of mining and infrastructure projects. However, in the short term at least, the effects of the coastal El Niño and ongoing investigations into corruption look set to dampen the country’s progress.

Finally, Chile will be holding its presidential elections in November. Former President Sebastián Piñera is generally leading the polls in the run up to the election and, should he win, his proposals to stimulate economic growth and boost private investment could produce similar results to those witnessed in Argentina and Brazil.

Boosting commodities
With inflows up from $4bn in 2016 to $5bn in 2017, it is clear that greater political certainty has increased investors’ confidence in Latin America’s prominent markets. This additional inflow has predominantly come from passive and active GEM funds choosing to relocate to Latin America in favour of other emerging markets – a clear sign of the region’s growing reputation. With inflows from local and retail investors still relatively low in comparison to more bullish years, we could still see a greater influx of funds in the coming months.

Commodity markets often provide great insight into the strength of Latin American markets, and this has been shown yet again as a recovery in prices has driven trade in all of the region’s economies. Last year, copper prices soared 21 percent (see Fig 1), while iron ore rose an impressive 13 percent. The rise in the price of copper can to a certain extent be attributed to Donald Trump’s election victory, with markets expecting the Republican president would boost infrastructure spending and increase the US’ demand for metal. As the world’s largest producer of copper, Chile would likely be the greatest beneficiary of any increase in demand. And, with the market currently suffering disruptions to supply, the price could rise even higher.

Peru and Brazil also depend heavily on commodities, and have benefited from a recovery in the price of mining materials. The recent resurgence in the price of iron ore has been particularly beneficial, with China continuing to drive demand for high grade iron ore as it seeks to control pollution levels (steel mining consumes less coal when high-grade iron ore is used). Commodities have also played an important role in shaping the region’s other industries. At the end of the commodities super cycle in 2008, the currencies of the majority of Latin American countries depreciated heavily, making exports more desirable. Since 2012, the Brazilian real has fallen a staggering 55 percent, while the Chilean peso, Peruvian sol and Mexican peso dropped 32, 22 and 36 percent respectively. The renewed demand for commodities is helping to stabilise these local currencies, but they are still some way off the levels recorded during the height of the commodity super cycle. Greater inflows to the region could drive this appreciation in domestic currencies further, leaving room for better returns in terms of US dollars.

The key to Latin America
Nonetheless, it is Chile that provides the greatest indicator of Latin America’s recovery, with the Chilean stock index offering a great vehicle for market exposure in South America. In fact, many Chilean companies have operations spanning the region, with 30 percent of all revenue coming from within Latin America. This revenue comes from a range of sectors too, and includes utilities, consumer staples, retail, telecommunications and real estate.

Furthermore, the Chilean stock market has proved to be one of the best performing markets in Latin America over the past few years, showing an excellent return of 16 percent in US dollars. And this return could be buoyed further by an injection of funds following the conclusion of the nation’s presidential election in November, with current markets only having partially adjusted for the potential return of former President Sebastián Piñera.

If his last election victory is anything to go by – and should Piñera be appointed again – we could see a multiple rerating of Chilean stocks by up to 20 percent. Even without a Piñera victory, the net income reached by Chile in 2016 was close to the level recorded in 2011 during the commodity super cycle.

This was despite corporate taxes rising from 20 to 27 percent in 2014/15. Chilean businesses, therefore, have done remarkably well to defend their return on equity by making efficiency gains in payroll structure, leveraging the benefits of digitalisation and focusing on their core business. Further, there is also momentum in terms of EBITDA and earnings per share growth expectations, with small companies set for growth in the region of 30 percent in 2017.

From a macroeconomic viewpoint, an upturn in private investments and a recovery in the confidence index suggest a recovery in GDP growth in 2017. In April, the consumer confidence index reached its highest level so far for the year, showing a positive trend as a result of the country’s perceived stability over the next five years. The central bank forecasts further GDP growth in 2018, estimating a rise of 2.25-3.25 percent. It is likely these positive growth figures will encourage the central bank to continue with its monetary easing policy, stimulating the equity market further.

In line with these better fundamentals, local pension funds – the main institutional investor in the Chilean market – have reallocated international investments into the local equity market. In the past year, net investments have accumulated close to $2bn, a level not seen since 2012. In March, we also witnessed a slight uptick in investments from retailers. This is significant considering the particularly heavy impact retailers suffered from the downturn in the Chilean market during the recession.

All in all, after an impressive return in the Chilean market, we believe there is enough momentum in earnings and growth perspectives beyond 2018 to boost investor confidence. The strengthening candidacy of Sebastián Piñera will only add to this, fostering domestic demand and private investment. Ultimately, we believe the inflows from both international and local investors will continue into the immediate term, driving growth in Chile and the wider Latin American markets.