Beyond paradise: where does offshore money come from?

The Paradise Papers revealed secrets about the hidden wealth of the ultrarich. But what do we know about the origins of the trillions of dollars concealed in tax havens? 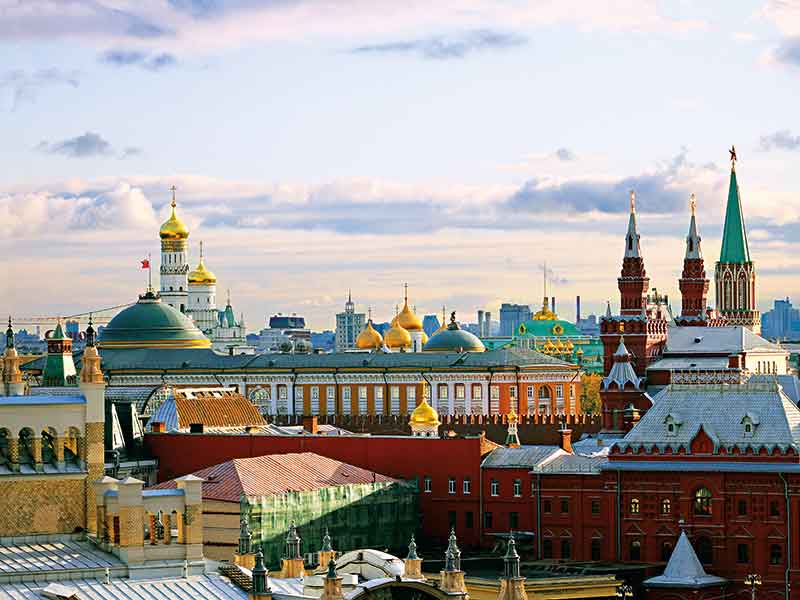 New data has revealed that more than half the wealth of Russia’s ultrarich is held offshore
Tax | Wealth Management
Author: Kim Darrah

The equivalent of approximately 10 percent of the world’s GDP is stashed in tax havens across the globe, comprising bank deposits or financial assets like stocks, bonds and equities. Some of this wealth is declared to the authorities, but the majority escapes taxation altogether, hiding behind shell corporations and the like.

In November, the release of the Paradise Papers revealed a scattering of new information about the dynamics of this famously secretive industry. The leak, which held 13.4 million confidential documents originating from offshore law firm Appleby, was second only to the Panama Papers as the biggest ever data leak. The papers exposed a lengthy list of ultra-wealthy individuals who have turned to the offshore wealth management industry to conceal their riches. We learned that the Queen of England keeps millions of pounds in a Cayman Islands fund, rock star Bono used a Malta-based firm to invest in Lithuania, and several of Donald Trump’s cabinet ministers are adept players in the world of offshore finance.

Previous leaks, too, have yielded fresh and important insights into the secret wealth holdings of individuals and corporations. With the Panama Papers, Icelandic citizens discovered their prime minister’s family had attempted to hide millions in an offshore account, while LuxLeaks revealed the details of a series of sweetheart tax deals that various high-profile companies had struck with the Luxembourg Government.

Researchers have produced the first ever snapshot of country-by-country volumes of offshore wealth, making it possible to home in on the countries that are stashing the most away in tax havens

And yet, even the Paradise Papers, Panama Papers and LuxLeaks cannot provide a comprehensive picture of the multibillion-dollar offshore wealth management industry. Meanwhile, the secrecy surrounding tax havens means that there is only a patchwork of data in the public domain that can be used to establish answers to the questions surrounding the activities of tax havens, such as: who is shifting their money offshore? How does the volume of wealth held offshore differ between countries? What is the market share of different tax havens?

Who, where, when
Despite the difficulty of gleaning information about tax havens, in August 2017 – just three months before the Paradise Papers hit the press – a new dataset became available, shining some light on the ‘who’, ‘when’ and ‘where’ of tax havens. The data wasn’t accompanied by the drama of a leak, or the splash of individual names, but it revealed a lot of previously unknown information about the general shape of the offshore market.

This newly disclosed data, which comes from the Bank of International Settlements, consists of over a decade of information detailing the volume of bank deposits being held by foreigners in some of the world’s biggest financial centres, including Switzerland, Luxembourg, the Channel Islands and Hong Kong. It enabled researchers to estimate the amount of offshore wealth that originated from each country, as well as country-to-country flows, such as the amount of bank deposits belonging to Indian residents in Hong Kong, or the volume of deposits held by Russians in Luxembourg.

There are some notable holes in the data. For instance, certain jurisdictions are missing, including the Bahamas and the Cayman Islands. Furthermore, only deposits, rather than full portfolios of equities, bonds and mutual fund shares, are detailed. However, by making a few assumptions and incorporating data from previous data leaks and other sources, researchers have produced the first ever snapshot of country-by-country volumes of offshore wealth, making it possible to hone in on the countries that are stashing the most away in tax havens.

The data shows that, while the average country has approximately 10 percent of its GDP invested in tax havens, this percentage varies widely from one country to the next. Russia is at the extreme end, with the equivalent of approximately 60 percent of its GDP stored offshore. Meanwhile, Gulf countries and several Latin American countries held a similarly high percentage abroad. Across continental Europe, the figure dips to 15 percent. Scandinavian countries, meanwhile, hold only a few percent of their wealth abroad.

The researchers also dug into the logic driving people to shift their wealth offshore. Some of their observations led to relatively predictable conclusions, such as the fact that the amount of wealth held offshore tends to be higher in countries where there are natural resources, or where there has been political and economic instability in recent decades. Others were less predictable. Talking to World Finance, Gabriel Zucman, an assistant professor in economics at the University of California, Berkeley and one of the researchers behind the analysis, said: “What I found surprising is that the amount of wealth held offshore does not appear to be correlated with tax rates. Among the countries with the lowest stock of offshore assets, you find both relatively low-tax countries like Korea and Poland, and the world’s highest tax countries like Norway and Denmark.” This goes against the oft-held assumption that high tax rates prompt the wealthy to shift their money offshore. Indeed, Scandinavian countries, which have some of the highest tax rates in the world, also hold some of the lowest proportions of wealth offshore.

Another interesting dynamic is that institutional factors have no substantial impact – it does not seem to matter whether a country is a democracy or autocracy. While the data links certain autocracies such as Saudi Arabia and Russia to very large stocks of offshore assets, it equally finds that old democracies like the UK are overrepresented.

Time for transparency
As with previous leaks, the Paradise Papers provoked shock at how secretive and extensive the offshore wealth management industry is; calls for greater transparency and regulation have intensified. Notably, the globalised nature of capital means that the work of regulating the industry continually runs into incentive problems. Efforts to improve transparency can easily wind up punishing those that comply and encouraging evaders to respond by shifting their money elsewhere.

This is shown by the data: Switzerland was once by far and away the dominant player in the offshore market, but has recently experienced greater international pressure than other tax havens. As a result, its share of the industry has gradually been on the decline since the crash in 2008, while newer tax havens – most notably those in Asia – have been growing rapidly. Over the course of just eight years, Hong Kong’s assets under management grew by a factor of six.

The current approach to tackling the problem is the creation of a tax haven blacklist that acts to call out those jurisdictions that don’t adhere to agreed-upon standards. After the release of the Panama Papers, the G20 asked the OECD to draw up a blacklist of “uncooperative tax havens”. World Finance spoke to Grace Perez-Navarro, Deputy Director of the OECD’s Centre for Tax Policy and Administration, who said that the Paradise Papers leaks have come at a time when countries are in the process of implementing important changes. She argued that the list itself is a powerful incentive mechanism: “Most jurisdictions don’t want to suffer the reputational and economic consequences of being labelled non-compliant, so the peer review processes currently underway in the Global Forum [on Transparency and Exchange of Information for Tax Purposes] provide a strong incentive to most countries to improve.”

Data exchange
Another effort from the OECD has been the push for the automatic exchange of banking information across borders, which works by confronting customers with the possibility that their bank details could wind up with their home authorities. This generates an incentive to keep banking activities within the law and disclose any hidden assets. The system relies on a huge web of bilateral agreements to automatically share bank data across borders, but can be undermined by any missing links between tax havens, which is why it matters that only 49 early adopters are making exchanges. However, by September 2018, all financial centres have committed to engage in the scheme. According to Perez-Navarro, more than 2,000 bilateral exchange relationships for automatic exchange have already been activated: “This is a huge achievement. These efforts have delivered results even before the automatic exchanges started as some 500,000 people have disclosed previously undisclosed offshore assets, and almost €85bn ($100.7bn) of additional tax revenue has been identified as a result of voluntary compliance mechanisms and offshore investigations.”

It is Zucman’s stance, however, that these efforts do not go far enough. So far, he said, data leaks have “mostly resulted in a greater awareness of the issue among the public, not to significant policy changes”. He advocates more severe sanctions for tax havens to ensure they have incentives to change. But most importantly, he calls for a world financial registry to enable authorities to see beneath shell corporations and identify the true owners of financial capital. While this would necessitate an unprecedented level of international cooperation, it is an interesting example of a more serious measure that has started to appear in policy discussions. Ultimately, it will be a test of political will to maintain momentum beyond the immediate aftermath of the Paradise Papers.