The benefits of an alternative citizenship

For people who don’t come from the ‘right’ country, visa restrictions can make travel impossible. Personal security and asset protection are two reasons to invest in an alternative citizenship 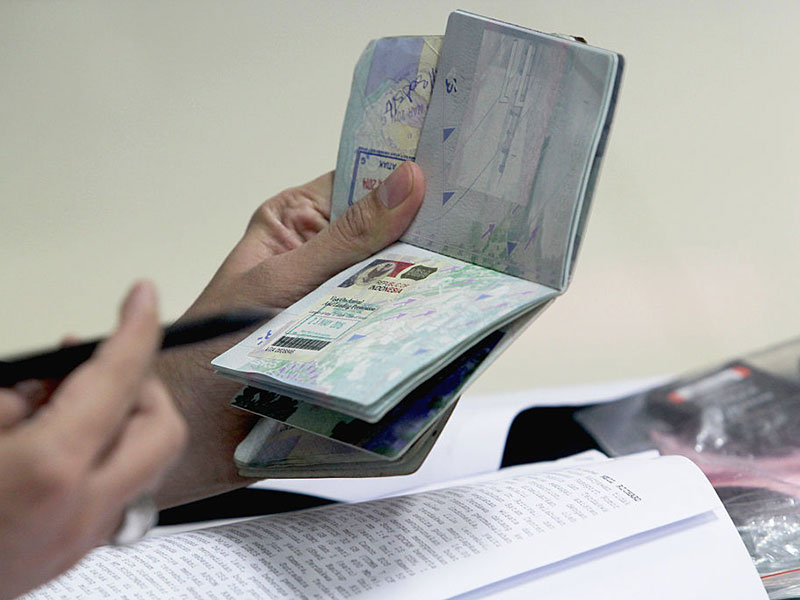 Imagine you want to take your partner out for a shopping weekend in Paris. If you are an EU or US citizen, no problem. If you are a Russian, UAE or Chinese citizen, however, you face a challenge: you need a visa. You could also have the same issue in the case of an urgent international business meeting.

Delays in issuing visas often force people to cancel flights and accommodation bookings, so the luxury of a global lifestyle and world travel – which is ‘normal’ for Europeans and Americans – is often associated with difficult visa requirements. However, there is an alternative available.

Some countries not only offer the common routes to citizenship, such as jus sanguinis and jus soli – they go one step further and offer their citizenship through an investment, similar to the residence-by-investment practice many countries currently have in place.

Citizenship-by-investment programmes offer investors and wealthy individuals easier ways to attain citizenship through economic investments. Citizenship-by-investment programmes are nowadays viewed as perfectly reputable, thanks to their having a proper legal framework in place and providing the certainty an applicant needs. With a rise in economic and political instability around the world, an alternative citizenship gives people threatened by political, religious or ethnic persecution independence and freedom. Should the situation arise, a second passport is the best preparation to be able to immediately leave one’s home country and relocate anywhere within the EU. Furthermore, diplomatic protection abroad is also available to legitimate passport holders.

In certain situations, an additional citizenship can simplify or make a person’s tax situation clearer; naturally, this should always be discussed in detail with a tax expert. Usually, tax lawyers refer clients to Citizen Lane for different reasons, including tax optimisation in regards to income tax and inheritance tax.

A second passport may be a particularly useful asset for French and German citizens, as both countries’ politicians are seeking to force the payment of income tax on international income irrespective of the tax residence. Much like in the US, renouncing citizenship may be necessary to avoid double taxation. The practice of renouncing citizenship has been on the increase in the US. According to publications by IRS, instances of US citizens renouncing their citizenship increased by more than 460 percent between 2005 and 2015.

In the right lane
Citizenship-by-investment programmes do not automatically enable someone who has the funds to ‘buy’ their citizenship; beyond sufficient financial resources, it is essential to have a clean criminal background and a good reputation in order to qualify.

These citizenship programmes maintain tough application procedures, and applicants are subject to far deeper checks than anyone else applying for residence or citizenship in a country. Thorough background checks on applicants ensure that together the client and host country’s government create a mutually beneficial, strong and trustworthy partnership. These conscientious background checks are also essential for third-party countries, to which the second passport grants visa-free travel. The countries offering citizenship-by-investment programmes are absolutely aware they would risk their foreign relations and visa waiver agreements if they were to grant citizenship and issue passports without such thorough background checks.

Impunity is essential, which is why at Citizen Lane we internally use the same background checking tools as Swiss banks, while the due diligence checks of the governments are even more profound. A criminal background will rule out an applicant straight away. Some governments, including those in Cyprus, Malta, Vanuatu, St Kitts and Nevis, and Antigua and Barbuda engage private investigation firms, such as IPSA International, BDO and others, to check the history of applicants. There are also checks against international wanted lists. Even negative media reports about an applicant can prompt the authorities to reject an application.

In short, any citizenship application by a person who might be considered as a potential risk to a country’s reputation will be denied. Here I will outline three possible options for those eligible for citizenship.

The European citizenship solution
The Cypriot citizenship programme is currently one of the most attractive options. It is a very popular scheme, since Cyprus is a well-established western country with a relatively large economy. Furthermore, processing times are just three to four months on average, making it one of the most efficient citizenship programmes in the world. Acquiring Cypriot citizenship has relatively low related costs as the majority of expenses can be considered an investment. The minimum investment amount needed is €2m ($2.1m), which could take the form of government bonds, real estate or a company.

Cyprus’ corporate tax rate is among the lowest in the world at 12.5 percent, which is another huge advantage. Foreign investors are also attracted to the island as it has signed a number of agreements to avoid double taxation. Cyprus is a member of the EU and currently has agreements in place for visa-free travel with 157 countries. It also grants citizens the rights to seek residence and work, and do business in every EU country and Switzerland.

Between 2010 and 2015, the average growth of tourists visiting Cyprus was almost four percent per year. This influx of visitors has created an increase in lodging requirements and higher property values, which has in turn created the opportunity for property holders to rent out their properties during key parts of the year.
Property prices in Cyprus dropped following the financial crisis, but they have been steadily recovering during the last couple of years. We have a broad network in Cyprus and know the real estate market very well. We see this growth trend continuing. Needless to say, all investments carry risks – but this is exactly the reason clients prefer to talk to us for independent advice.

The secure hideaway option
The Vanuatu Economic Rehabilitation Programme (VERP) – Vanuatu’s citizenship programme – was introduced in 2015 to raise money for the reconstruction of infrastructure destroyed by Cyclone Pam. According to our sources, the VERP will be terminated very soon, but is expected to be replaced by another citizenship programme. The short processing time of just one to two months makes the programme probably the most efficient in the world. Currently, the required investment amount for a family of four is $230,000.

Vanuatu is well known as an offshore jurisdiction, which of course offers lots of possibilities. Investors in Vanuatu appreciate the fact they have no income tax, no capital gains tax, no wealth tax and no inheritance tax. Nevertheless, one of the main drivers for the Vanuatu citizenship programme is that most citizenship investors deem it to be a secure destination in our uncertain times, far away from terrorism and warfare.

In the past, Vanuatu has been criticised for not being à jour with anti-corruption compliance, but it has recently made great strides in catching up. In September 2016, in a meeting with the ambassador of Vanuatu in Brussels, HE Roy Mickey Joy, we extensively discussed the topic of anti-corruption compliance. As with many other countries, Vanuatu has realised anti-corruption efforts are essential for a prospering economy and has an unwavering commitment to keeping the country’s reputation for integrity spotless: in 2015, there were several trials during which more than a dozen high-ranking Vanuatu officials received lengthy prison sentences. This commitment to integrity safeguards the best economic interests of Vanuatu and its citizens, while countering financial crime both within the country and elsewhere.

The real estate opportunity
The twin islands of St Kitts and Nevis are currently developing well in regards to both their tourism industry and real estate market. According to an IMF report published in July last year, tourism earnings in the country increased between one and 9.9 percent – with an average of six percent – between 2010 and 2015, while GDP grew by 99 percent between 2004 and 2015. The real estate market has also experienced continuous growth, with some huge investment projects during the last years.

Following the financial crisis and as a consequence of the competition from other citizenship-by-investment programmes that have emerged in recent years, the real estate market is currently consolidating and shows a decline in investment amounts to a healthy level. As an additional security, the law specifies that real estate investments of least $400,000 qualify for a citizenship application, which indirectly guarantees a minimum price level. The investment is secure if there is no drop in prices. The fact that the property can be sold after five years assures that an artificial investment bubble will not be created. The minimum investment amount of $400,000, which is set by law, guarantees a lower threshold, so if the investor purchases a property close to this threshold, it is very unlikely that he or she will lose the investment.

From this perspective, the least expensive and most secure citizenship option comes with a real estate investment in St Kitts and Nevis. Some of the government-approved developments are very attractive investments. Furthermore, just last year the Caribbean’s new superyacht marina opened, so undoubtedly St Kitts and Nevis is developing into a prudent jet-set destination. Besides the property investment, the sum of additional related expenses would only total around $100,000 for a single applicant.

Alternatively, investors can choose to donate to the Sugar Industry Diversification Foundation, which subsidises government projects in sectors that promote prosperity in healthcare, education, culture, environmental protection, infrastructure and others. If one chose the donation option, total costs of about $290,000 would arise for a single applicant.