The US President is targeting guest worker visas in his latest executive order, promising further support for domestic employees and products 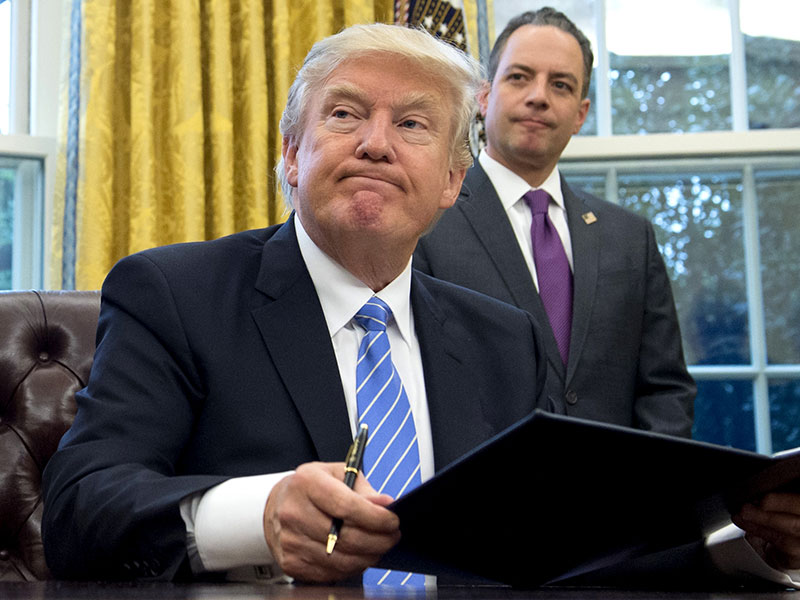 President Donald Trump is ramping up his ‘buy American, hire American’ initiative with a new set of executive orders. On April 18, the US President will sign an executive order in Wisconsin, which is aimed at revamping a guest worker visa programme that enables US companies to hire temporary foreign workers in certain high-skilled jobs.

The order will be signed on the same day that Australian Prime Minister Malcolm Turnbull announced a major overhaul of Australia’s visa programme for skilled foreign workers.

Around 85,000 foreign workers are admitted to the US each year under the current H-1B visa programme, with most coming to work in high-skill industries. The visa scheme is particularly popular in the tech sector, but critics say the programme can both undercut US workers and depress salaries. In order to address these issues, Trump will order the Department of Homeland Security to review the process with which it awards these visas to foreign workers.

The H-1B visa scheme is particularly popular in the tech sector, but critics say the programme can both undercut US workers and depress salaries

The 220-day review proceedings will attempt to move the current H-1B programme towards a more merit-based system, steering it away from the random lottery under which it currently operates. Trump will also instruct the Department of Homeland Security to ensure that H-1B visas are not used to undercut US workers and wages.

While Trump has long promised to reform the controversial visa scheme, the executive orders will come too late to have a direct effect on this year’s visa season, which commenced on April 1.

In addition to targeting the H-1B visa programme, Trump’s forthcoming orders will also bolster his campaign pledge to support ‘buy American’ policies. Perhaps most significantly, the executive orders will demand that all publically financed infrastructure and construction projects use US-made steel in their projects. In order to meet the new requirements, this steel must be melted and poured in the US, ensuring that the entire steel supply chain benefits US workers and industries.

What’s more, the executive orders will also require federal agencies to review and minimise the use of waivers and exceptions in international trade agreements. At present, waivers enable agencies to opt out of choosing US-made goods in favour of cheaper alternatives. Such waivers are a feature of US trade agreements with nearly 60 countries.

Trump will officially sign the executive orders in Wisconsin, a state he crucially won in November’s presidential election. In putting pen to paper on this matter, Trump is looking to bring to fruition his campaign promise to support domestic blue-collar workers and US job creation.