The clash between KYC and cryptocurrencies 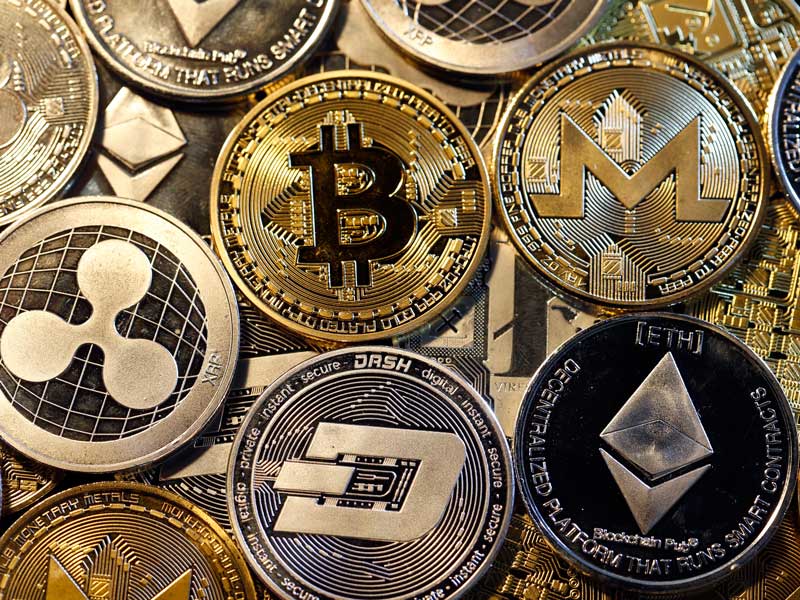 It has been suggested that KYC will be the death knell for cryptocurrencies, but others maintain that the two can successfully synergise to meet with all fiscal rules required today
Investment Management | Wealth Management
Author: Elizabeth Matsangou

Across every media platform and at many a social function, the topic of conversation these days almost inevitably leads to cryptocurrencies, blockchain, bitcoin and an ever-expanding swathe of its rival currencies. We can’t escape it, and for good reason: for here is an exciting new investment vehicle, an entirely different way of trading goods and services, and, essentially, a way to circumvent the financial institutions that currently make the world go round.

KYC demands that banks hold up-to-date identification records for every one of their customers, while also maintaining a risk profile for both the client and their relevant country

But, as with any new technology – particularly one as transformative as cryptocurrencies – there is a lot of confusion and scaremongering going on. Much of this negativity stems from security concerns and potential risks, which have been snowballed by the slightly mysterious nature of digital currencies. The matter of anonymity is of particular concern with regards to banking regulations, specifically ‘know your customer’ (KYC) and anti-money laundering (AML) regulations. But as industry experts explain, it needn’t be. There is much talk that KYC will be the death of bitcoin, its counterparts and their volatile values (see Fig 1), but the two realms can synergise with one another in a transparent, traceable fashion that meets with all fiscal rules required today.

Mistaken identity
Since entering the mainstream, digital currencies have come under a great deal of scrutiny – their decentralised and purported clandestine nature being strongly associated with criminal activity and suspicious levels of secrecy. Opposition has most notably come from governmental factions around the globe, the most drastic example being China, which earlier on this year moved to ban cryptocurrencies altogether. Such actions are undoubtedly linked to a fear of losing control, given that currencies work independently from central banks and are theoretically immune to political interference.

With regular currencies, third-party interactions enable regulators to monitor transactions in order to curtail fraudulent activities, money laundering, corruption and the financing of terrorism. As such, banks are liable for facilitating transactions that are found to be illegal, for which they may pay penalties to the tune of hundreds of millions. Such was the case for a whopping £163m ($226m) fine issued by the UK Financial Conduct Authority to Deutsche Bank for transferring $10bn worth of funds with unknown origins between 2012 and 2015. Since the global financial crisis in particular, banking regulations have unsurprisingly become more stringent. As explained by Nina Kerkez, an expert in KYC compliance: “The financial crisis and terrorism financing have led to [the] introduction of numerous regulations – Dodd-Frank, FATCA, [the EU Fourth] Money Laundering Directive and many others. Regulators are certainly applying more pressure, not only on onboarding processes, but also on monitoring and screening of transactions, and most importantly on achieving full transparency and auditability in terms of what truly goes on within banks.”

This is certainly the case with KYC, which demands that banks hold up-to-date identification records for every one of their customers, while also maintaining a risk profile for both the client and their relevant country. “Knowing whom you are doing business with is critical, yet discovering this information can often be a challenge,” Kerkez told World Finance. “KYC is truly about unpacking risk.”

Amid this increasingly rigorous environment, many of the security concerns surrounding cryptocurrencies are founded upon the premise that they are anonymous. But, as explained by Chris Housser, co-founder of securities token platform Polymath, this isn’t actually the case: “Blockchain addresses are pseudonymous, and it’s very easy to track the movement of assets from one address to another.”

Third parties
Mounting pressure on digital currencies is also due to various companies simply not complying with existing regulations. In turn, numerous financial institutions, including JPMorgan Chase, Bank of America and Citigroup, have banned their correspondent banking clients from dealing with cryptocurrency-related transactions in order to avoid legal responsibility. Fortunately, however, this unfamiliar landscape has resulted in the emergence of a string of companies that apply KYC and AML regulations to cryptocurrencies, thereby acting as a bridge between the two spheres.

It is clear that digital currencies do not just host opportunities for those trading in them, they also offer massive potential for numerous industries

To this end, Polymath recently partnered with IdentityMind, an anti-fraud services platform for e-commerce, in a bid to offer cryptocurrency traders peace of mind with regards to compliance. “IdentityMind is one option to help issuers verify [the] residency of potential investors and to screen them against any sanctioned or other prohibited lists,” said Housser. With its patented eDNA technology and integrated KYC procedures, anti-fraud systems, transaction monitoring and sanctions screening, IdentityMind is able to authenticate the payment reputation of digital users, while also verifying names, addresses, dates of birth and social security numbers, as well as mobile phone and email locations. The company also offers KYC plug-in software, which contains the logic needed to collect KYC details for existing and potential clients.

Such solutions are vital in ensuring that regulations continue to be met – even with novel ways of conducting transactions. “The reason that financial markets can function properly is due to the regulations that prevent participants from acting as obvious bad actors,” said Sebastian Schepis, Chief Information Officer of Blockchain Foundry and founder of cryptocurrency Syscoin. “No financial market ever achieves maturity without a set of rules enforced on all participants that provides at least a minimum level of assurance that a counterparty won’t steal your funds or perform shady tricks while you’re trying to engage in honest business. There is nowhere on Earth where you can buy securities or deposit or withdraw fiat without some level of assurance that you aren’t » a criminal or terrorist. Why should those protections be absent in the crypto-space? All that does is enable bad actors and discourage most participants from investing.”

Schepis is right, of course. Despite the misconceptions, digital currencies can and will be regulated. Kerkez agreed: “Cryptocurrencies are still an unknown beast in the industry when it comes to KYC. At present, there is a lack of regulation. However, my view is that cryptocurrencies are here to stay, and so the financial industry simply needs to find ways to monitor and control the behaviours and transactions of these systems.”

Thanks to the work of some, this process is already underway. Blockchain Foundry, for instance, navigates through regulatory waters and completes notarised identities on the blockchain by providing ‘web of trust’ functionality for aliases. “This allows you to register an alias, which is signed by some other third party entrusted to perform a background check on you. This lets participants know that some alias identity was properly vetted before it was created by simply checking whether that alias was properly signed by the verifying party,” Schepis told World Finance.

Unblocking potential
Amid all the talk about cryptocurrencies working independently from supervisory frameworks, at present, few seem to mention that digital currencies actually offer numerous regulatory benefits. As Schepis explained: “Cryptocurrencies provide accessible, trusted and verifiable audit trails, which makes it very hard to hide illegal transactions. For example, Enron-style scandals, whereby some entity is cooking books to hide losses, simply aren’t possible when a cryptocurrency acts as the ledger for these transactions and blockchain participants are clearly identified and vetted using web of trust mechanisms.”

When considering cryptocurrencies in this light, it soon becomes clear that digital currencies do not just host opportunities for those trading in them – they also offer massive potential for numerous industries. As well as the financial sector, the remittance, logistics and supply chain industries are but a few examples of areas that could deeply benefit from both the transparency and efficiencies offered by blockchain technology. “These are all industries where having transparent audit trails and known and vetted participants present a great advantage over existing technologies that are hard to audit, and difficult to deploy and maintain,” Schepis added.
Yes, challenges remain at present, particularly from a regulatory point of view. As noted by Kerkez: “While still fairly new, we must understand the concept of crypto better – and soon – in order to be able to protect our financial systems and prevent illicit money movements.” Despite the inevitable hiccups and roadbumps, however, one thing becomes clear when speaking with industry insiders – cryptocurrencies are not going anywhere any time soon.

There is a whole new world of opportunities afforded by digital currencies. And with greater understanding, more and more advantages of the technology will certainly emerge. Members of every industry, meanwhile, will continue to explore the space, finding new and amazing ways in which they can utilise cryptocurrencies. In doing so, they will not only develop their systems to unlock new possibilities in ways we can’t even fathom right now, but they will also satisfy regulators to a degree that might not have even been possible without the use of blockchain technology in the first place.