What globalisation has taught investors

The investment market, much like most financial sectors across the world, has changed considerably as a result of globalisation. Investors must adapt accordingly 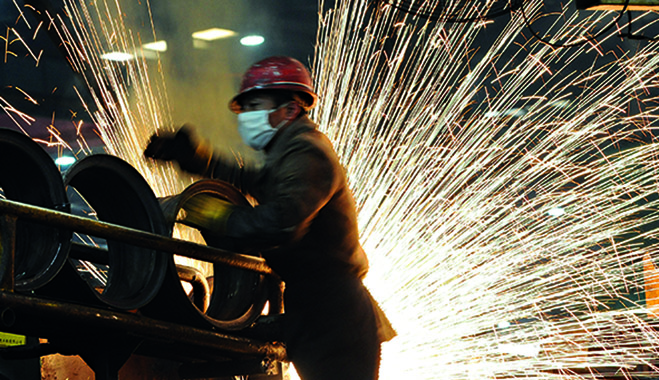 The health of the global economy is built on complex systems of finance, enormous stockpiles of data and the shared principle of prosperity. And while this mindset has been warmly embraced by the majority, the path to this line of thinking requires a deep understanding of the systems in place, not to mention a great deal of patience. Contained in these finer points, I believe, are the roots of the so-called agency problem.

This theory, which is closely associated with corporate finance, describes a conflict of interest inherent in any relationship where one party is expected to act in another’s best interests. In this instance, global leaders with limited understanding of economic rules pretend to have easy – and seemingly magical – solutions to the world’s problems. My advice is to keep in mind the limitations. It’s not my intention to judge their true will, although to me this makes no difference. I may have all the willingness in world to perform surgery on a person, yet I’ve never been trained for such a task. Would you accept my offer, with your decision based solely on my willingness?

Growing complexity
Nowadays, financial structures are complex and able to address most requirement. On top of that, there is such an excess of cash globally that there will likely be an investor for almost any level of risk. This does not change the basic rule for the use of any resource: that it should return enough to comfort the partners of the venture. It’s that simple.

Innovation cannot create free capital. There is no such notion and there never will be. So understanding the limitations of the system marks a crucial step on the road to developing an appropriate economic strategy. Accepting also that prosperity is a result of knowledge and effort, among other important factors, and in the right combination, creates the appropriate framework for developing a sound economic system. Leadership without strategy and financial engineering without understanding are essentially meaningless, and one without the other simply leads to financial cachexia and instability.

Globalisation has divided the world in four parts. Western Europe and North America are the main consumption areas, while Asia has been the world’s factory floor

The last financial crisis in 2008 revealed several interesting truths. Maybe the most important of those was the fact that what we then called globalisation had already inflicted major changes and on a huge scale. Really how many of us realised that suddenly we had more G20 meetings within 12 months than we did G7 meetings in the previous few years? It was unclear then what the central issue these meetings were looking to address. One answer could be that global instability brought the issue of sovereignty into focus. In other words, governments would now face problems issuing new debt and, quite possibly, the consumers of this world – Western Europe and North America included – would need to reduce their consumption as a result. An issue like this is a global one and must be addressed immediately.

My view is that the G20 decided to focus on sovereignty issues first and only at a later stage did they hone in on the debt-to-GDP ratio in a way that would minimise the impact on consumers’ day-to-day lives. In other words, I believe they decided to kick the can down the road for several years to come. Maybe that was their initial decision, maybe that was the play up until now, but it seems the game has changed recently.

The globalisation effect
Globalisation has divided the world in four parts. Western Europe and North America are the main consumption areas, and well in excess of 70 percent of total energy is consumed in this area. Asia, meanwhile, has been the world’s factory floor for quite some time, while the rest is surviving mostly on raw materials and physical resources.

Although this is a very rough description of a very complex system, I feel both the relationship between the regions and the impact of globalisation is clear. My initial thinking here was that the globe should react cautiously and take all the necessary measures to adjust economic activity, everyday life and investments, in a manner that might more easily suit all participants. It seems I was more romantic than I should have been. Globalisation is an economic notion, not a culture.

Nowadays we see an alteration in the pattern. The interest in a global equilibrium has been diminishing, whereas the focus on localised effects has increased. There have been numerous signs of this policy alteration in practice, but recent evidence stemming from China is the most compelling. Remember, Asia is the factory of the world, and if there is any one single priority for a factory then it is to keep things running at full capacity. Keeping tabs on differing prices is an essential element in this task. When it comes to global prices, few factors are more important than currency value – the rest is history – and a movement in that area could trigger a price war, provided several economies could conceivably compete for that extra euro or dollar from any one area of consumption.

I may be proven wrong, but I believe that China took some precautions against the possibility of a consumption slowdown, and equity markets have adjusted accordingly for the possibility of any sudden price movements. The country has also accounted for lower prices, earnings and a generally worse economic environment, with commodities prices pointing in the same direction. Looking at the facts, it seems the road ahead could be bumpy.

Dealing with assets
Having worked for more than 20 years in asset management, it has made me consider all the more why investing can prove a dangerous game even for the most well equipped participants. Reacting, as opposed to studying and acting, is a common mistake, while the underestimation of risk is another. The use of debt, meanwhile, in overleveraged positions may become unsustainable.

In general, ignorance is an important factor in taking the wrong first step. Having assumed a position it is essential to be patient. Markets can move in either direction for some time, and research has proven that it is not possible to time the markets.

Being confident and having patience for well-studied positions is a must. But one should go back to ignorance. The important question to ask are whether the underlying risks of an investment are known, to consider the difference between a winning company and a press favourite – although who’s to say newspapers don’t appreciate the fundamentals of any one company. An investor has to accept their ignorance first and invest later – in some cases years later. Another critical and often underestimated characteristic in the world of investment is patience. Given that you know most of the ‘whys’ of an investment, you must wait for the appropriate time to move on. No, you can’t time the market but you can avoid going against it. I only mean that the wrong sentiment can drive prices at lower levels in the short run and this ‘short run’ could last for two or three years, so make sure the trend of the market is compatible with your interpretation.

Another reason for staying patient is key to understanding investments, not least equity investments. Plans take time to materialise, earnings are announced quarterly and branding takes longer still. On top of that, all traded assets are branded as investments, which is in most cases separate from the company brand to a certain extend. Finally, investors would be wise to utilise their memory, and remembering ‘things’ can be very important – good issues as well as bad. Names, career histories and specific situations can prove as critical as deep fundamental analysis. History repeats itself and financial markets have their own history of crimes, wars and evolutionary legends. After all, investing is as much a science as it is an art.

In this case, global diversification, low volatility and discipline are essential elements in our investment strategy. Although globalisation has strengthened the relationship between markets, global diversification remains the surest means of creating a stable, modern portfolio. On the other hand, low volatility investments are seen as an extra precaution in what is a volatile marketplace. Discipline in investment is like the brakes of a car: you don’t know their importance until you need to stop.