A greater number of people in Mozambique are joining the formal banking system as better national coverage is rolled out, encouraged by corporate social responsibility 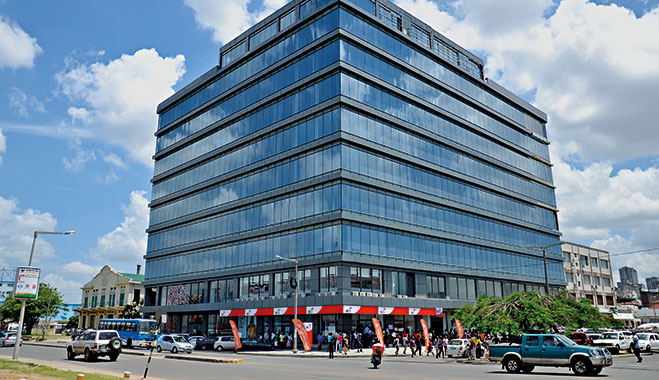 Though relatively early on in its development, Mozambique’s banking sector is on the increase, showing great potential. While account penetration is yet to reach the 20 percent mark and infrastructure is lacking, these deficiencies mean that there are huge opportunities for a banking sector in the midst of a major transformation.

For a low income population with little experience of the formal banking system, corporate social responsibility is a key focus, and the goal moving forwards is to build the beginnings of a competitive banking sector while also benefiting the wider community.

Spearheaded by a handful of notable contributors, the banking sector in Mozambique promises a great deal more in terms of opportunities for the wider population, and could play a key part in driving economic development on a much grander scale. World Finance spoke to Paulo Sousa, CEO of Banco BCI (BCI) about his ambitions for both the bank and for Mozambique’s banking sector as a whole.

Over the years, what has made many Mozambicans say, ‘BCI is my bank’?
Our biggest difference is that we have specific solutions adapted to all kinds of customers, putting their minds at ease. In 2010, BCI completed a new segmentation process of its customers and recast its offer and care models, adapting products and services to the specific needs of each customer. That year, the first BCI Exclusive centre was opened in Maputo, an entirely new concept in the Mozambican market.

During 2010, six exclusive BCI centres were opened in a number of cities, including Maputo, Matola, Beira and Nampula. The latter was the first city in the country to receive this kind of innovation, brought together with a universal agency, a BCI corporate centre – which is intended for larger companies – an exclusive BCI centre and a private space BCI, used for private banking.

At the moment they are defined by four main operating segments: BCI private to private high yields; BCI exclusive to private customers and medium enterprises, BCI corporate to large enterprises; and BCI universal for all remaining costumers and small enterprises. With regular product launches and commercial promotion campaigns, there is constant innovation in the approach to the segment, and the different payment methods available. Examples include: Tako, BCI Negócios, BCI Negócios Mulher Empreendedora, Crediviagem LAM, Petromoc, Galp, Tropigalia e EU – the last one for university students. We are also the only bank in the country that has a monthly newsletter written for customers of each segment. We give account of our campaigns, services and products. For social media we have a team that responds quickly to the questions posed to us. Therefore, our clients feel that we speak directly with them and for them. It is here that we are different from all other banks.

The country’s financial institution coverage is still seen as very low. What can we expect from BCI?
BCI will continue to invest in Mozambique’s bankarisation. In this area there is still a lot to do. Despite the enormous effort that has been made in recent years, the percentage of a banked population in Mozambique is lower than 20 percent.

The country is quite large with difficult access areas. Responding to the appeal launched eight years ago by the Bank of Mozambique, BCI is the bank that has the largest stake in the country’s rural areas. In 2014 we opened 34 branches. This year we expect to open about 25 new business units. This is a huge effort as to install an agency in a remote area involves overcoming a number of logistical obstacles, from basic infrastructure deficit – such as electricity and water supply through the access roads – to essential communications. Nothing is easy; so most banks do not operate in these difficult to access areas, since the returns are not immediate. But BCI has invested in these areas with successful results.

Recent years have been challenging for the Mozambican banking sector, but 2014 was good for BCI. Why was that?
BCI had great growth last year, and in many indices we were in the lead. In others areas, we are almost there. Where the commercial network expansion is concerned, we opened 35 branches in 2014, an unprecedented growth in the history of BCI and the Mozambican banking industry.

The peaks were reached in September and December of last year, when we opened 11 business units. In this chapter of expansion, we recorded an increase of 26 percent, which allowed us to get through the year with the largest commercial network in the country, totalling 168 business units. Within the scope of expansion, we noted a 42 percent increase in ATM usage. We installed 141 units in 2014, totalling 477. POS grew 34 percent, from 4,694 in 2013 to 6,303 in 2014 – numbers that allow us to lead in African electronic banking. The campaign ‘The best comes here’, was designed to raise and retain customers, and was a huge success.

How has BCI been a key pillar for those most in need, particularly within the Mozambican population?
The importance that BCI attributed to the social dimension of its role is its commitment to contribute actively to the economic and social development of Mozambique in a socially responsible and sustainable way. Examples of this can be seen in the initiatives taken last January, when the bank donated two million meticais for the flood victims that devastated the north of the country earlier this year. BCI was chosen as the bank of support for this mission.

The amounts donated by BCI resulted in revenues from a social responsibility fund that is fuelled by the use of the debit card ‘daki’. At the public launch of this payment method, BCI introduced an innovative concept of distinct valences, such as whenever it is used to pay for purchases by its clients, it enables the bank to strengthen its support to many institutions’ social solidarity, depending on the amount transferred at no cost to the cardholder. The selection of beneficiary institutions by the resulting social responsibility fund of the card using the daki is performed periodically and disclosed to the public through the BCI website and the media, in order to promote its use.

Our greatest pride in the aspect of social responsibility however, was the creation of the Mediatecas network – hugely successful when looking to the public that it serves. The Mediateca consists of different elements: general reading featuring books, newspapers and magazines of general information in Portuguese and English, and an audio-visual space where clients can be consulted through compact discs and educational films. One film is specialised in technical information on finance, management, economics, law, IT, statistics and reference books.

What is your main goal for 2015?
Part of BCI’s objective is to become the leader of Mozambique’s banking sector, but this is not an obsession. The quality of the customer service provided will be decisive in getting the lead. We have reached this position in some indicators, the last being the branch network, but if we do quality work as we have so far been active I have no doubt that soon we will be the preferred bank for most Mozambicans.

What message would you give a potential investor in Mozambique?
Anyone who does not know the market or have local support should take into account other aspects that could make things simpler, like a Mozambican partner with knowhow in the business, and respect the laws and culture of the country.

We do not intend to exactly duplicate previous experiments carried out elsewhere because there are certain businesses that are adapted to specific countries and not others. If these aspects were taken into consideration, business success would be more assured, and for financial support, they can always rely on BCI.