Since the financial crisis, digital-only banks have placed increasing pressure on the industry’s old guard. But with a wealth of resources in opposition, the industry’s pioneers face an uphill battle 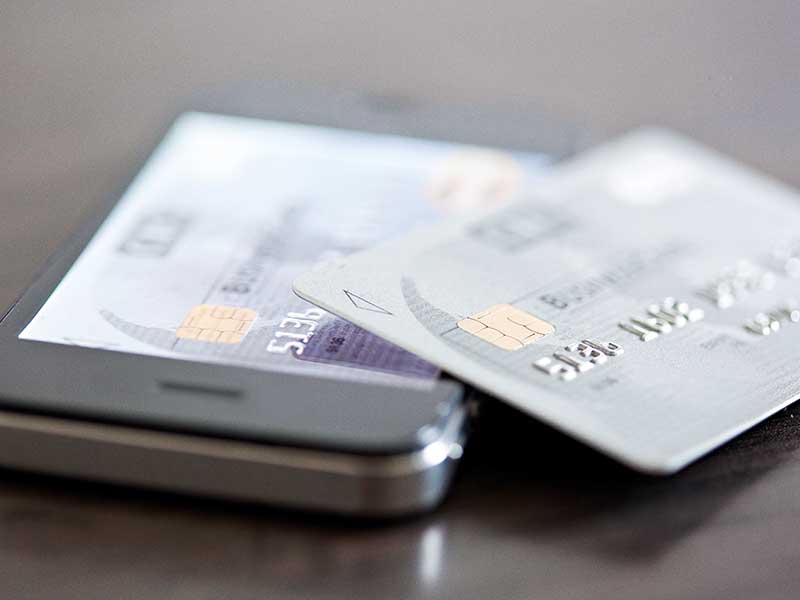 There is no doubt the global financial crisis changed the economic landscape. But perhaps one of its most lasting effects was the creation of an inherent distrust in retail banking. While never truly beloved, few believed the biggest players in the banking industry were capable of suddenly toppling.

Almost a decade on, and with new regulations in place, a wave of start-up banks have sought to take advantage of the enduring scepticism, winning over customers left frustrated by conventional banking. But what makes these banks different? Well, they are launching without branches, operating entirely in app form.

To the average person, it seems a tempting offer. With many apps now capable of performing the traditional functions of a branch, there is little for a customer to miss out on. If through cutting overheads they can offer better deals than those of the bigger banks, then start-ups may quickly make the transition from novelty to contender.

However, despite the benefit of being built for the modern world, digital-only banks still face a tremendous uphill battle. While free from the burden of legacy systems, they lack the wealth, expertise and momentum that some of the oldest lenders have been amassing for hundreds of years.

Technological tipping point
With an increasing number of digital-only banks hoping to gain the ubiquity of Uber, the global market is already becoming crowded. Many have formed partnerships with ATM networks in a bid to give their customers free access to money while cutting overhead costs.

The UK has become a particular hotspot, with favourable regulations providing a platform for digital banks to flourish. Last year Monzo launched its banking service in beta, issuing 50,000 prepaid debit cards as part of a system trial. In January, Monzo announced it had reached 100,000 users and planned to launch a free current account. Meanwhile, Atom Bank began offering a fixed-saver account, and plans to launch a full suite of financial products – including mortgage services – in the coming years.

With a wealth of experience at the helm, it would be a mistake to dismiss these challenger banks as merely a fad. Atom’s Chief Executive, Mark Mullen, is the former CEO of First Direct, and the company’s Chairman, Anthony Thomson, founded Metro Bank. They have also attracted substantial investment, with Monzo drawing over £22m ($26.8m) in investor funding and Atom Bank backed by in excess of £219m ($262.2m).

Aside from the favourable regulatory environment, the rise of digital-only banks can also be attributed to a tipping point in technology. Speaking to World Finance, Ben Andradi, Head of Europe at IT consultancy firm Syntel, said the ubiquity of powerful computers has ensured customers are constantly connected, and the proliferation of open-source software has substantially dropped banks’ IT costs. Rather than build their own IT systems, companies can easily rent cloud services from companies like Google and Amazon.

“Rather than having your own data centre or your own server farm, with the cloud you can buy this service as almost a utility”, Andradi explained. “This makes it far easier for small start-ups to really scale, and all the privacy issues withstanding, can kind of do it all themselves.”

Digital infrastructure
A common sales pitch among digital-only banks is that older banks simply can’t match their established IT footprint. While older banks have spent decades building their infrastructure, decisions made 30 years ago may be making it difficult to implement new features.

In an interview with The Guardian, Monzo co-founder Tom Blomfield said the immediacy of the services Monzo offers can’t be matched by established banks: “If you slap this app on top of NatWest’s systems, the phone wouldn’t buzz when you make the transaction. It would buzz three days later, when the bank finally posted to its ledger.” Monzo’s app also has a multitude of financial tracking abilities, monitoring location, time and other data points tracing spending habits, allowing users to take a closer look at how they are using their money.

Andradi believes Blomfield may be right, with many traditional banks relying on older systems built in house: “All of that becomes difficult because what you need is what we call ‘always on’ and ‘highly responsive’. If you’re on legacy, it wasn’t built for something like that.”

While clever, and perhaps something established banks will struggle to replicate, a few extra financial tracking tools are not enough to revolutionise the market. Andradi suggested, however, it is not only the gimmicks that digital-only banks offer, but also the accelerated rate at which they can develop new products that gives them an edge.

“It’s about how responsive you can be to the marketplace, because the marketplace changes all the time”, he said. “Look at mortgages: you used to have traditional mortgage products, it was the breadwinner only getting a mortgage. Now you have buy-to-let, you have parents and children sharing mortgages. All these product sets have to be developed and tested. If you have a digital infrastructure, you are able to bring those products to market that much faster.”

While people may be hesitant to go through the process of changing their bank account, being the first to bring a product to market could capture the first batch of new customers.

Migrating the financial ecosystem
Despite this, established banks still have a tremendous advantage. At a minimum, brand recognition ensures a certain degree of inertia, with older banks benefiting from having been in the market for so long. Additionally, with many of the bigger banks integral to the overall financial ecosystem, it’s unlikely they are going to fall away any time soon.

Still, established banks are going to have to update their systems to remain competitive. Andradi said Syntel uses a number of propriety tools to help update banks’ legacy systems, but affirmed the transition is never simple: “It’s almost like you built your house on a particular foundation, and now you’ve got to change the foundation while living in the house, so this is a non-trivial heavy lifting process. They were created in a different era where you didn’t have all this technology infrastructure at all, so clearly their business model requires a lot of heavy lifting to shift to the new business model.”

Their new business model certainly includes fewer branches. In the UK, 1,046 bank branches closed between January 2015 and December 2016, according to a survey conducted by Which?. This undoubtedly reduced overheads, but Andradi believes streamlining back-office functions yields greater savings. He asserted a bank moving away from an old mainframe architecture could make substantial cost reductions: “That alone generates 30 to 40 percent cost savings, so you are able to use those savings to invest in the changing of business models and so on. That’s the kind of play that we see happening now.”

With these savings, established banks can nullify one of the key benefits touted by digital banks while keeping the momentum they have spent decades cultivating. Established banks also have an advantage when it comes to attracting the best talent: while a major bank or technology company can offer a large salary and job security, challenger banks often can’t be quite so generous.

“If you’re a small start-up, you may find tech savvy guys decide, sure, I might go ahead and join a Google, an Amazon, or a PayPal, but if I were to join a small bank starting up in the north of England, it could be quite tough”, Andradi said. “So that’s the challenge I think; it’s great to have the infrastructure but you need people, you need tech savvy skills to do this stuff.”

Regulating competition
It is still too early to discern the extent to which digital-only banks can grow, but the market is beginning to react. Andradi thinks the biggest players, while facing their own challenges, are not going anywhere: “But what we will see is, and you see this already, is a lot of competition, the regulators allowing a lot more banking licences and digital-only banks playing in small niche areas.”

In the UK specifically, Andradi sees a fight for the consolidation of the leading position behind the ‘big four’: “I think the interesting dynamic is what happens beyond the top four, in that number five or number six position. My theory is that the regulator will probably not allow too much consolidation at the top end to maintain competition, but clearly may allow consolidation at the lower end of the market.”

While they may boast a head start on the established banks, digital-only challengers will have to fight in order to maintain that lead – especially if established banks go on a digital journey of their own. But whether or not digital-only banks prove to be a success, one thing seems clear: traditional bank branches will continue to be uprooted as retail banking adapts to the modern financial climate.