The world’s oldest billionaire and heir to the Rockefeller legacy, David Rockefeller, has died aged 101 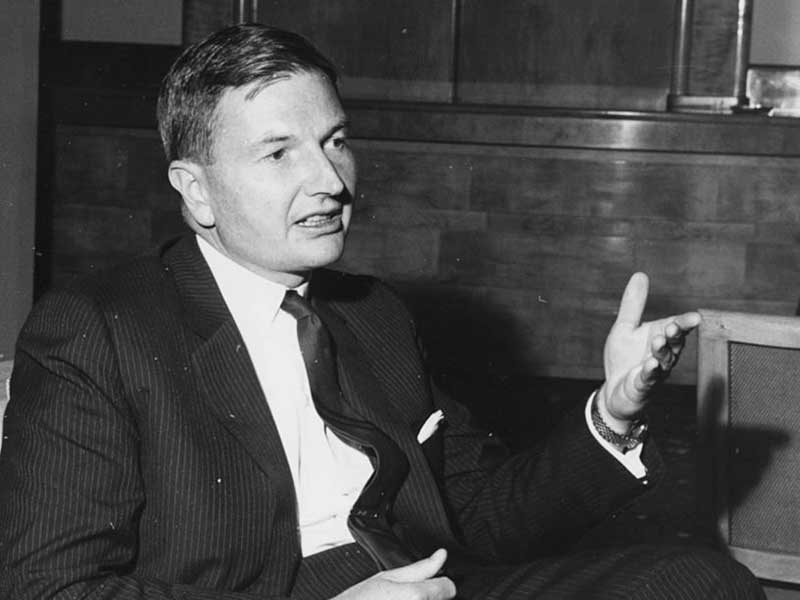 On March 20, David Rockefeller, the former head of Chase Manhattan Bank and the last-surviving grandchild of the US’ first billionaire, John D Rockefeller, died at his home in Pocantico Hills, New York, aged 101.

Born June 12, 1915, David was the youngest of John D Rockefeller Jr’s six children. After graduating from the London School of Economics, he went on to gain a PhD in 1940 from the University of Chicago – an institution founded by his family.

Rockefeller’s first job involved drafting letter replies on behalf of the Mayor of New York for an annual salary of $1. Though he initially resisted joining the military at the beginning of the Second World War, he soon enlisted as a private, forgoing the use of his family name to secure the role of officer. Rockefeller rose to Captain during his service between 1942 and 1945.

After the war, aged 30, Rockefeller joined the company in which he would stay for the rest of his professional career: Chase Manhattan Bank. He was the only one of the five brothers to spend his entire career in the corporate world.

In his later years, Rockefeller became known for his spectacular philanthropy, having donated hundreds of millions to the Rockefeller Brothers Fund

Rockefeller joined Chase Manhattan Bank while his uncle Winthrop Aldrich was serving as Chairman. Though he was unsurprisingly dubbed as a ‘spoiled rich kid’, he proved his worth throughout the years, spending time in numerous departments and gradually working his way up the ranks to become co-CEO in 1960 – sharing the responsibility with George Champion.

During his time at the helm of Chase Manhattan Bank, Rockefeller used his far-reaching network and incredible global influence to increase the number of foreign branches from 11 to 73, providing loans in Asia, Africa and Latin America. Indeed, under his leadership, Chase became the first Western bank to open branches in China and Russia, securing its position as a global institution. Rockefeller became sole CEO in 1969.

As well as introducing a forward-thinking international strategy, Rockefeller was responsible for re-energising the bank from within: creating HR, planning and marketing departments with the help of the ‘father of management’, Peter Drucker.

While the 1970s proved to be a rocky period (with a number of unstable real estate investments, bond losses and scandals, as well as mounting board pressure) Rockefeller held the role of CEO until his retirement in 1981. Today, the bank is the US’ biggest bank by assets– a feat made possible by Chemical Bank’s acquisition in 1995 and the subsequent merger with JP Morgan in 2004.

During his lifetime, Rockefeller, along with his brother Nelson (the Governor of New York between 1953 and 1973), played a central role in shaping Wall Street. Crucially, the pair were deeply involved in the development of the World Trade Centre, with the towers nicknamed ‘David’ and ‘Nelson’ respectively by the press during construction.

After his retirement, Rockefeller continued to travel extensively, becoming the confidante of numerous world leaders, including Nelson Mandela, China’s Deng Xiaoping and the Shah of Iran. Despite his influence on New York’s financial district, in his later years, Rockefeller became known for his spectacular philanthropy, donating hundreds of millions to the Rockefeller Brothers Fund, the Museum of Modern Art and Rockefeller University.