German lender Deutsche Bank has come under fire for its substandard anti-money-laundering practises, prompting the latest in a string of fines 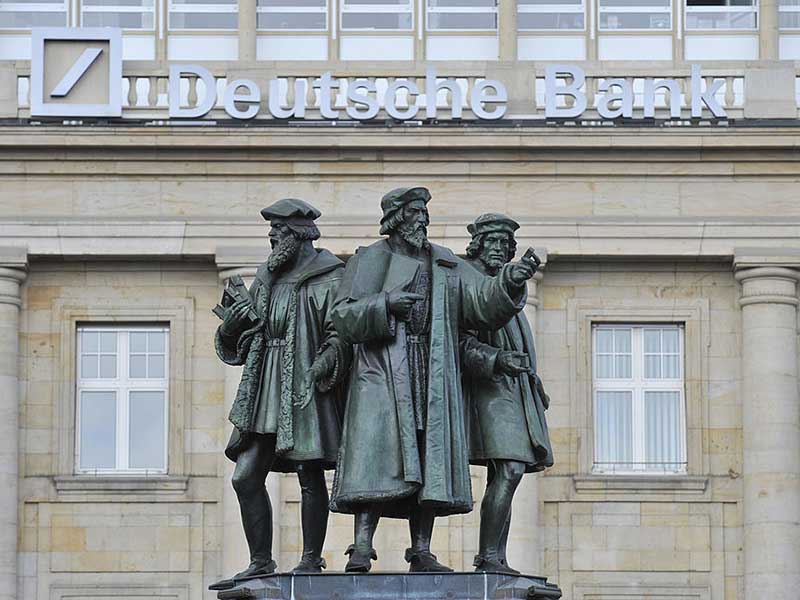 The Federal Reserve has fined Deutsche Bank $41m for failing to ensure adequate controls were in place to counter money laundering in its US operations. The settlement is the latest in a series of fines for Germany’s largest bank, with penalties costing the bank billions in the past year alone.

In a brief statement confirming the penalty, the Fed said Deutsche Bank was guilty of “unsafe and unsound practices”, along with “anti-money-laundering deficiencies”. According to the Fed, the lender had failed to comply with the Bank Secrecy Act, which requires banks to assist federal agencies in cracking down on illegal transactions and money laundering operations.

Between 2011 and 2015, Deutsche Bank’s insufficient monitoring allegedly allowed billions of dollars worth of “potentially suspicious transactions” to take place between Deutsche Bank’s European affiliates. While the Fed did not specify any particular instance of unsound practice, it  did confirm the bank had failed to provide “accurate and complete information” on transactions between these European affiliates.

In addition to imposing the $41m fine, the Fed has ordered Deutsche Bank to improve its anti-money-laundering controls moving forward, and requires the bank to demonstrate greater compliance with US banking regulations.

The multimillion dollar fine is the latest in a string of hefty fines for the German lender. In January, Deutsche Bank was fined £163m ($209.4m) by the UK’s Financial Conduct Authority for failing to prevent an estimated $10bn of Russian money laundering. In the same month, the German bank was fined a further $452m by US regulators for failing to clamp down on money laundering violations at its Moscow branch.

In April, Deutsche Bank was hit with further fines, after the Fed found the lender guilty of violating the Volcker Rule. According to the Fed, Deutsche Bank failed to adequately monitor whether traders were using the bank’s own money to perform trades on behalf of their clients. This alleged violation of the Volcker Rule saw the bank fined $156.6m.

“We are committed to implementing every remediation measure referenced in the Fed’s order and to meeting their expectations”, Deutsche Bank said in an emailed statement following the most recent fine. With continued scrutiny of its present and past financial conduct, Deutsche Bank may well be locked in a number of lengthy legal battles for some time to come.