A scepticism towards traditional banking, combined with a chronic talent shortage, has laid the groundwork for an Asian family office market to flourish 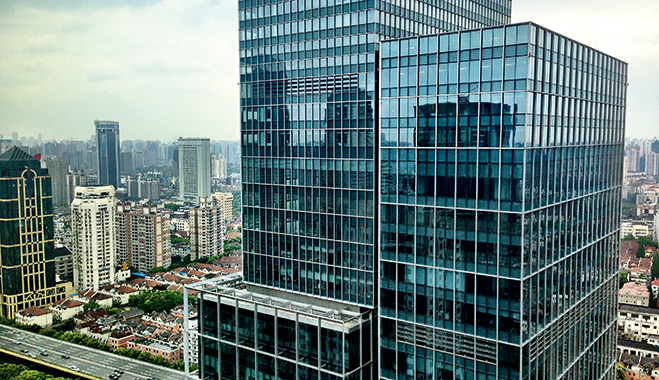 Asia has lagged behind other parts of the world when it comes to the presence of family offices. But as wealth in the continent increases, so can we expect this market to, also
Banking | Private Banking
Author: Matt Timms

Last year fell in step with a tradition that dates back to 2012, as the Asia-Pacific market was again named the big-ticket destination for high-net-worth individuals (HNWI) – those with investable assets of at least $1m. According to the World Wealth Report 2014, jointly authored by Capgemini and RBC Wealth Management, the population of HNWI was up 17 percent to 4.32 million in 2013 (see Fig. 1), and their combined wealth increased 18 percent to a colossal $14.2trn. Spearheaded by those living in emerging Asia, this explosion of wealth could see the region overtake North America to have the highest HNWI population before the year’s end and accelerate developments in the banking industry.

The rise of the Asian self-made millionaire – aside from the clear and obvious benefits that come with increased financial clout – asks a lot of a private banking system that is today without the necessary expertise to keep pace with the rate of expansion. Looking at the last decade, the Asian continent was home to more than one third of the cumulative growth in global HNWI, yet the quality of the banking industry leaves a lot to be desired. “We believe the industry needs to aggressively pursue revolutionary change”, says one AT Kearney report entitled Asian Private Banking: Today’s Boiling Frog. “The winners of tomorrow will be those willing to make tough choices today, starting with the re-evaluation of value propositions as well as business and operating models to be able to deliver client-driven services in an economically viable manner.”

Rich potential
Fragmented yet fiercely competitive, this cocktail makes for an especially challenging marketplace, and one that HNWI are less than enthusiastic about joining. Add to that a chronic talent shortage and stringent regulatory ties, and the continent’s wealth management sector is rich in potential though lacking in numbers. According to Timothy Lo, Managing Director of CIC Investor Services, Asia is crying out for 5,000 private bankers but has only 3,400 to its name, despite a number of private banks from aboard having crashed the party.

Value of high-net-worth
individuals in Asia, 2013

The rate at which Asia’s ultra-rich population is rising makes for an attractive proposition, though the risks associated with securing a slice of the pie are simply too much to stomach for many. Even the UK-based banking fixture RBS opted out of the running last year when it announced it would be selling off its overseas private banking division, Coutts International, to escape the sky-high compliance costs that come with it. Likewise, smaller banks have found it difficult to compete in a market where larger, Western giants have rushed to strangle any and all the competition. Add into the mix figures that show the opportunities in Asia are greater in theory than they are in reality, and the reasons for the struggle are clear. Both a budding real estate market and a healthy climate for SMEs have together given rise to a great many more millionaires, yet private bankers have arrived under the pretence that these assets are necessarily bankable.

Still, the talent shortage is by no means a recent phenomenon, and the issue of inadequate personnel stretches back over a decade now. In a period where private bankers have been reluctant to pick up the slack, another sector altogether has made a far better fist of the opportunities. With a growing number of HNWI choosing not to park their wealth in less-than-adequate private banking institutions, the Asian family office market is quietly emerging as a preferable alternative.

Family offices
A report put together by Credit Suisse shows that out of an estimated 3,000 single family offices worldwide, only three percent are based in Asia, which, when put alongside the scale of wealth, goes to show just how far the region is flagging behind. However, key offices in Asia are fast making a name for themselves, to the point where some of the continent’s wealthier names consider these establishments to be a key part of the wealth management conundrum.

Traditionally speaking, the family office model is in keeping with a broad-based industry-wide response to changing client behaviour, particularly those with a high-net-worth, and a desire to have their individual concerns addressed at length by a dedicated team of wealth managers. “Indeed, with continuing wealth concentration, the natural desire of families to pass on assets to the next generations and rising globalisation, there is every reason to expect more family offices to be established”, according to another Credit Suisse report. And with wealth on the up and trust between individuals and banks reaching breaking point, nowhere else are the conditions more ripe for development than on the Asian continent.

Still, while the region is home to a booming population of multi-millionaires, they are perhaps the hardest breed to crack for wealth managers. Whereas in North America and Europe, riches have often lived long in the family, and relationships with wealth managers span generations, Asian HNWI are more inclined to ask questions and tend to mistrust figures of authority. True, many of the more successful Asian businesses are family-owned, yet the roots of their success seldom run any deeper than 20 years, which makes them far more protective of their fortune.

Room for improvement
The integrated yet holistic position adopted by family offices lends itself well to HNWI in Asia, and a growing population of millionaires combined with a sharper focus on client preferences means that the family model is fast becoming the perfect fit for a much-changed continent. By honing their efforts on the twin priorities of wealth management and family support, the scope for expansion and improvement is vast – if a little different from that in mature markets.

Whereas in the developed world, family offices are well structured and follow strict procedures, the relative immaturity of the industry in Asia means that they are markedly less regimented in their ways and choose instead keep to what it is their clients require. On the other hand, as in the US and in Europe, the financial crisis has damaged the relationship between the banking public and the banks, to the point where financially savvy individuals and families are seeking alternatives to conventional banking – chief among them family offices. The qualities that differentiate HNWI in Asia to those in the US have also played a key part in shaping the services on offer. For example, the mere fact that wealthy individuals in Asia have largely happened upon their riches in recent years means there is a much greater level of family involvement in the everyday dealings of the family office in question. Naturally, if any one family’s wealth has been accumulated in the last 20 years, as is the case with most HNWI in Asia, these same persons are more likely to want in on the management process, if only to safeguard their recent earnings.

The point is reinforced by the recent Global Family Office Report 2014, which goes to show that the amount spent by Asia-Pacific family offices on external services is far short of their larger competitors. Where Asia Pacific offices spent 46 percent of their total budget on external offices, the same figure came to 63 and 70 percent for North America and Europe respectively, which goes to show that the market is far more independent than originally thought and that client participation lessens the burden on external parties.

While the family office market in Europe and North America is more developed than in Asia, a willingness on the part of Asian HNWI to play an active part in the wealth management process has brought certain advantages. Still, the values shared by Asian clients have also served to handicap the sector in certain departments. “In particular, high price sensitivity and a strong need for confidentiality (and hence an unwillingness to give anybody, not even family members, full disclosure about wealth) are the main reservations about setting up a family office solution”, according to a VP Bank report entitled Family Offices in Asia: The Evolution of the Asian Family Office Market.

Family offices have triumphed in the Asian market by demonstrating a commitment to the client far ahead of those in the private banking community. Many HNWI are of the opinion that private bankers are merely cashing in on the region’s newfound wealth, and not necessarily keeping the client’s best interests front and centre. Family offices, meanwhile, have gained traction in years past precisely because they promise a much sharper focus on individual family matters, and focus less so on hoarding clients.

Assuming that the number of wealthy individuals continues to pick up in the years ahead, there is reason to believe that the family office environment will ripen. And by continuing to let clients in on the process and by sharing the risks, the opportunities for family offices could soon explode.