In the midst of regional economic gloom, Kuwait’s banking sector is thriving thanks to its focus on digital innovation 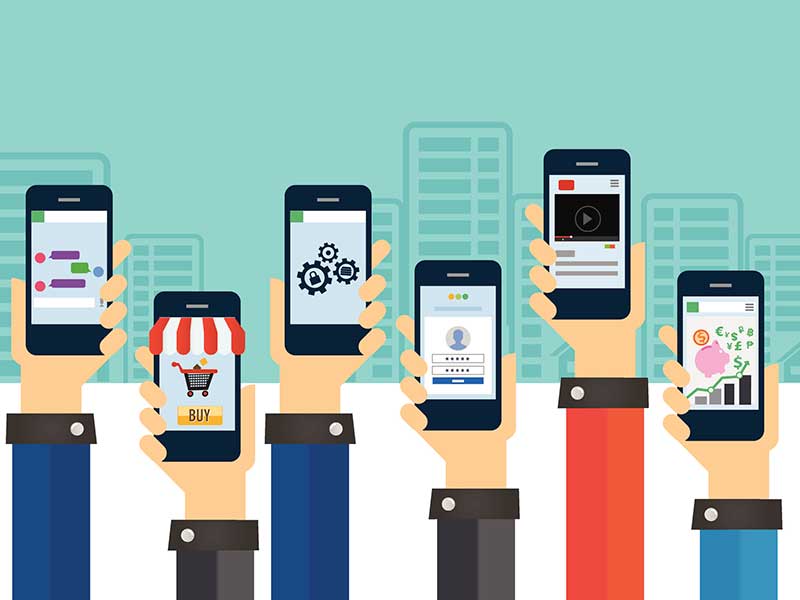 In 2015, a surplus in oil production combined with weakening global demand sent crude prices crashing to near historic lows. In an effort to soften the economic impact of this unprecedented drop in prices, OPEC implemented production cuts throughout its member states, the most recent of which promised to remove 1.2 million barrels a day from worldwide supply.

Although crude prices have somewhat rallied in the wake of these cuts, the crisis has created an uncertain future for the oil-rich nations of the GCC, with many states now looking to diversify their economies as a matter of urgency.

On the surface, the small, petroleum-rich nation of Kuwait appears to be particularly vulnerable to volatile changes in oil prices. Since the country made its first crude oil shipment in June 1946, petroleum has been a cornerstone of its economy. Kuwait is now one of the most heavily oil-dependent nations in the world, with the petroleum sector accounting for more than 50 percent of its GDP and almost all of its export revenues. However, despite this significant reliance on oil, the country’s economic outlook outshines that of its petroleum-dependent neighbours.

While oil plays a crucial role in the Kuwaiti business climate, the nation is far from being a single-industry economy; amid regional economic pressure, Kuwait’s banking sector consistently delivers.

Digital evolution
Following several years of impressive growth, Kuwait’s financial services sector now represents the nation’s strongest industry outside petroleum, while financial and banking companies make up more than half of the market capitalisation of the Kuwaiti stock market. Thanks to this resilient financial sector activity, non-oil GDP growth is expected to rise to three percent in 2017.

Emerging as a major driver of the Kuwaiti economy, the nation’s banks are now looking to build on their success through investment in digital innovation and new technologies. From contactless payments to blockchain wallets, technology is rapidly transforming the global banking sector. As customers increasingly embrace mobile banking, financial institutions are coming under pressure to adapt to their clients’ evolving tastes, and are beginning to place new technologies at the very heart of their operations.

Emerging as a major driver of the Kuwaiti economy, the nation’s banks are now looking to build on their success through investment
in digital innovation

As the Kuwaiti banking sector undergoes this technological transformation, Gulf Bank is fast establishing itself as a pioneer in digital services by consistently finding innovative new ways to engage with its customers. In addition to offering traditional mobile banking options, the Kuwaiti bank has also developed a range of multichannel apps to help customers manage their accounts and make fast, on-the-go payments.

Recognising that customers now expect remote support from advisors in addition to in-branch services, Gulf Bank has recently introduced a network of interactive teller machines (ITMs). Unlike conventional ATM machines, which are controlled purely by buttons on a digital screen, ITMs allow customers to make real-time video calls to banking professionals. Boasting a host of interactive features, ITMs enable users to conduct a number of different banking transactions, eliminating the need to visit a local branch.

Gulf Bank has also revamped its mobile payments app, introducing a range of innovative features to help customers make secure payments with ease. Al-Qatami told World Finance: “We are the first bank in the region to integrate highly sophisticated biometrics into our mobile banking app.”

In order to speed up the login process, the bank has designed a system that combines touch ID and facial recognition technology, allowing customers to easily enter their accounts without compromising on security. Customers are able to use the camera on their smartphones to take a scan of their face while they blink their eyes, which will then grant them access to their mobile banking without the need to type in a traditional password. This pioneering biometric technology, called ‘Blinking to Bank’, is the first of its kind to be launched in Kuwait and is one of very few similar systems worldwide. “When we designed our mobile banking app, we wanted customers to be able to conduct their banking needs easily and quickly, essentially within three clicks.”

Social media success
Demographically, Kuwait is experiencing remarkable growth in its youth segment: young people make up the majority of the Kuwaiti population, and the median age in the country is just 29. For this young, tech-savvy generation, mobile banking is the norm, with customers expecting on-the-go services as a standard. Mobile banking usage is thus very high in Kuwait, with around half of Gulf Bank’s customers opting to carry out simple transactions – such as money transfers and checking statements – online rather than in-branch.

“Our data shows that customers are spending less time in branches and more time using online and mobile banking platforms as their most frequent way of interacting with the bank”, said Al-Qatami. Due to this emerging trend among its customers, the bank has chosen to focus its strategy on developing its mobile and digital platforms, as it seeks to engage with a younger audience through social media.

of Kuwait’s GDP stems from the oil and gas industry

The expected recovery of Kuwait’s real GDP in 2017

Boasting more than 82,000 Instagram followers and a similarly impressive number of fans on Twitter, the bank uses its various social media platforms to enter into conversations with its customers and potential clients, swiftly responding to any queries they might have and posting regular, informative content. With this stream of information, customers need look no further than their social media feed for the 24/7 support they require.

According to Al-Qatami: “Gulf Bank has clearly focused its marketing and social media strategy on youth engagement by implementing a communication approach that reaches out and responds immediately to young customers.”

For Kuwait’s younger generations, traditional banking services simply do not meet their evolving financial needs. Convenience is now key, with young people demanding a fully remote banking experience that is accessible from their smartphones.

“They expect to follow up with bank staff through digital chat, video or other real time options rather than having to visit a branch”, said Al-Qatami. “Customers have become more aware and knowledgeable about what they want, and banks are now using technology to try and address these needs.”

Kuwaiti entrepreneurship
In addition to creating a seamless banking experience for its customers, Gulf Bank is also committed to benefiting the community in Kuwait. Through an extensive CSR programme, the bank supports a number of exciting initiatives and events, focused on producing positive changes in the nation.

In particular, the bank hopes to make a difference in four key areas: youth and education, health and fitness, women’s empowerment, and the preservation of Kuwait’s heritage and culture. By supporting such worthwhile causes, Gulf Bank is making tackling inequality a priority, demonstrating its dedication to creating a better future for Kuwait.

Along with its social commitments, Gulf Bank’s CSR programme also aims to foster a culture of entrepreneurship among Kuwaiti youth. Through targeting entrepreneurs and nurturing the country’s SMEs, the bank is committed to establishing a healthy business climate in Kuwait, promoting the creation of an enabling ecosystem for small businesses and start-ups. According to Al-Qatami: “We support and sponsor various initiatives and programmes that foster entrepreneurial spirit and help young people to transform their ideas into successful businesses.”

The bank has partnered with INJAZ Kuwait, a non-profit organisation that teaches entrepreneurial and leadership skills to Kuwaiti youth. Through this collaboration, Gulf Bank offers educational programmes on key business skills to high school and university students, helping students to launch successful careers in the business world. Al-Qatami noted: “We believe that programmes such as this help to address one of the major challenges in our region, which is youth unemployment.”

With Gulf Bank focusing on creating a positive future for Kuwait, the economic outlook for the nation appears stronger than ever. The non-oil economy is set for continued growth, with the Kuwaiti banking sector expected to deliver a robust performance despite the continued regional economic gloom. According to analyst predictions, government spending is also due to pick up in line with a partial recovery in crude prices, ensuring a stable and prosperous business climate in the nation.

Despite continued uncertainty over oil prices, Kuwait’s real GDP is expected to recover to 1.6 percent in 2017. With the country’s banks driving essential non-oil growth, the future certainly looks bright for the Kuwaiti economy.