While the subject of succession planning can be a particularly difficult one to broach, it is of paramount importance to ensure one’s financial affairs are in order 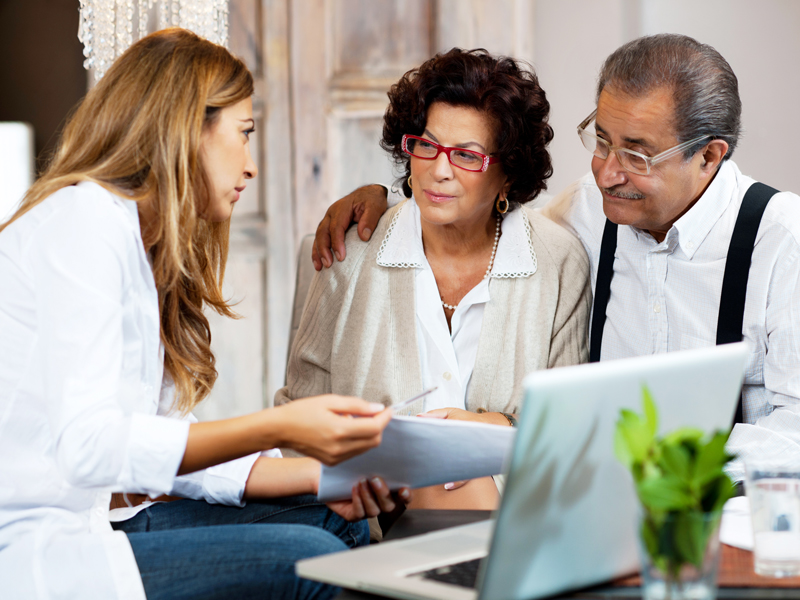 Effective succession planning requires a myriad of factors to be considered. However, to prevent complications, it is vital that effective plans are in place in case unforeseen circumstances arise
Banking | Private Banking
Author: Benedikt Kaiser, Partner, Kaiser Partner

Many wealthy people find it difficult to talk openly with their children about their wealth or about how wealthy the family is. As trustees and advisors, we often have clients ask us when the best time would be to talk to the next generation about their fortune. The guidance we give will ideally initiate a process within the family that addresses its individual needs, so all its members can look to the future with greater confidence.

In difficult times, it’s easy to make the wrong decisions. Family wealth can be put in jeopardy if no succession plans are in place, or if the need for a plan has not been recognised

For many wealthy people, one of the less pleasant sides of their situation is the increasing need for security. A lot of work can be done in the background, like advising on the right structures for the client’s wealth, but external developments can necessitate measures that are clearly visible, which is when plans need a sound justification. Ultimately, such measures are only properly effective if everyone understands and supports them. It may, therefore, be necessary to tell the next generation – at least in broad strokes – about the financial situation.

Tragic events can bring succession issues suddenly to the forefront of family life. In such difficult times, when emotions and time pressure can cloud one’s thinking, it’s all too easy to make the wrong decisions. The family’s wealth can be put in jeopardy if no succession plans have been put in place, or if the urgent need for a succession plan has simply not been recognised. Unless they know the real state of the family fortune, successors might misconceive the situation and make the wrong decisions.

Another external factor that can raise security issues and necessitate action is the threat posed to family wealth by ‘false friends’ of the children. As they grow up, their parents’ influence inevitably diminishes. If the family’s wealth becomes public knowledge, children must learn to understand that their friends could in some circumstances try to profit from their status or money.

Two families, two examples
Various external developments could prompt the conversation you need to have with your children about the family’s wealth. But let’s take a look at two wealthy families: their hands have not been forced by external events, so they have developed their own individual ways of dealing with the issue. Based on publicly available sources, we take a look at what role wealth plays within these families, and how this has affected the children.

Wolfgang Grupp is one of Germany’s most famous entrepreneurs. He is the head of textile company Trigema, which has been owned by his family since 1919. Unlike its competitors, it continues to produce exclusively in Germany. Grupp’s loyalty to his homeland, coupled with his eloquence and trenchant views on economic and social issues, have turned him into a public figure. He goes on talk shows to grumble about bankers and comment on moral questions, and he publicly demands discipline and obedience from his 1,200 employees. He is also a caring patron for them and their families. He and his family view the workforce as the company family, and Grupp always tries to lead by example. The boundaries between family and company have become blurred.

For a long time now, the image conveyed has been very clear: Trigema is a one-man show. But the picture is changing. Even though he remains sharp and full of energy in his mid-70s, Grupp is beginning to think about succession. His two children, Bonita and Wolfgang Junior, have worked at the company since 2013 and 2014. They were often at the company as small children too, but they spent their formative years at boarding school in Switzerland, and then studied for five years in London. Despite the geographical distance, however, the family remained in close contact. Towards the end of their studies, their father asked the children if they would like to enter the family firm, and they said yes.

Grupp has repeatedly expressed the hope that one of his children would one day take over the family business. He does not yet want to decide whether this will be his son or his daughter, but he has absolutely no doubt that he can trust his children more than any manager coming from the outside.

Now they work at the company, the children are finding out more and more about how the business operates. The family has said nothing in public about whether and to what extent this might also extend to the inner financial workings of the company. In their current roles, a comprehensive insight into the finances would not yet appear necessary. In any case, according to Grupp, his wife Elisabeth will still be his representative should anything happen to him.

Far from Wall Street
We move now from rural Southern Germany to the American Midwest. Peter Buffett grew up in Omaha, Nebraska, one of the three children of the major American investor Warren Buffett. In 2011, the musician and writer gave an interesting interview to the podcast Freakonomics, which touched on, among other things, how he learned about his father’s wealth.

Peter paints a picture of a very normal upper-middle-class childhood. His parents’ house is still the one that his father Warren bought more than half a century ago. The three children all went to the normal state school that their mother had attended. Peter experienced his father as someone who read a lot and whose job had an air of mystery. “We really didn’t know what my dad did,” Peter said in the interview. It seems that Warren’s meteoric rise to become a legendary investor had little impact at home. “We didn’t grow up around the exposition of wealth.” His father felt it was more important, said Peter, for his children to follow their interests. “Do what you love. There’s nothing more important than that,” he remembers his father saying.

As a young adult, Peter first received money from his father to invest in a philanthropic project of his choice. Later he got a much larger sum for the same purpose, and he began to wonder where all this money came from. “I was probably about 25,” said Peter in answer to the question of when he first asked his father about his business. Warren sent him information about his company Berkshire Hathaway and willingly answered Peter’s questions. But by this time, Peter’s life had already taken a turn away from the family business: “We both knew that this wasn’t something that I was passionate about.”

Peter said neither of his two siblings wanted to follow in their father’s footsteps either, but he never felt any pressure from Warren. “He wasn’t pushing it at all,” the son said in the interview, before explaining further: “The odds of having a son or daughter that are as passionate, and excited and driven as the founder of a business, or even as the person that took it over, are incredibly small.”

From what we know of the family, it seems that Warren shares this view. We know that he has bequeathed much of his wealth to the Bill Gates initiative, the Giving Pledge. His children have already invested another $1bn of his money in their own philanthropic projects. And what will happen to Berkshire Hathaway? Peter suggested in the Freakonomics interview that there’s no need to worry about succession planning. He doesn’t know the specific details, but he does know that his father plans these things very carefully.

An indirect answer
There is an obvious reason why neither example tells us when the ideal time is to inform children about the family’s wealth: the question has not really come up (yet). Different though their life stories may be, the children of both families have grown up in their families’ value systems and found their own roles within these parameters.
In one example, the children are tied into the family firm, while in the other they have pursued very different careers, showing that value systems can be defined more tightly or more loosely. In both examples, however, non-monetary values help the family members make sense of and find their way in life, while still being flexible enough to develop their own ideas and abilities.

Family values are also a vital reference point for the professionals that advise wealthy people – and not just about succession planning. These parameters help when developing arrangements that are acceptable to all family members. The family’s values and experiences will determine whether it’s right to divide the parents’ wealth according to what individual family members have done, according to their individual needs, or strictly in equal mathematical portions. If the solution accords with the family’s values, it is much less likely to cause the kind of conflicts that can end up destroying family bonds and frittering away family wealth. And both families seem to have such a framework of values in place.

The Buffett family additionally provides an instructive example of how philanthropy can play a positive role for wealthy families. For Peter, philanthropy was the gateway to taking a greater interest in his father’s wealth and business. But philanthropy can also help in situations where the children are not of the same mind, as Philip Marcovici, Board Member at Kaiser Partner, said: “It is sometimes difficult to get the younger generation to work together on a family business or family investments. Where the focus is on helping others, getting family members together can be easier to achieve.”

Confronting the ‘moment of truth’ on which this article centres, it is important to remember that succession planning is a process. Ideally, the next generation should grow into its role, with family values not just forming an important part of family identity, but also defining the parameters for succession planning.

Helping to develop these parameters in line with the individual family situation is one of our advisors’ most important jobs. In an ideal scenario, all the members of the family will share a common understanding of what their family stands for. Ultimately this makes it easier to ensure that the wealth is passed on in a way that satisfies the family and its members. The knowledge that this is the case will allow the next generation to develop positively, regardless of whether they learn all about the family’s wealth at some point or not.