Following the election of a new president in Colombia, investor trust has improved. Project finance, especially, is seeing a large uptick in activity, as social infrastructure spending increases 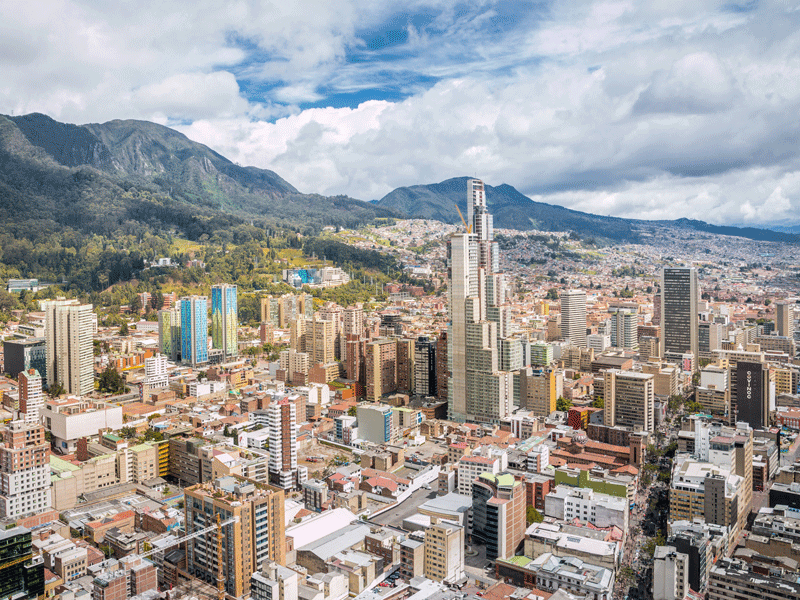 Colombia is a country with many opportunities for the future. This sentiment came to the fore in mid-June this year, when Iván Duque was elected as the country’s new president. Duque, the youngest elected leader in Colombia’s history, has vowed to reduce corporate tax, cut red tape and lessen legal uncertainty for foreign investors seeking to enter key sectors such as oil and mining.

With a market-friendly president in place, trust is returning to the country. Subsequently, investors now see a democratic country with a current account and fiscal balance in check, as well as controlled inflation. They also recognise the high level of investment into infrastructure that is being carried out and must be completed by this current government, which in turn will make the country even more competitive.

Of course, challenges remain. After signing the peace process, the fight against corruption is now a top priority for the country, as reaffirmed by Colombian citizens in recent surveys. Social infrastructure investment is also a key matter for the new administration’s upcoming four years, particularly as the previous government prioritised the development of roads, ports and airports. It will also be a challenge to keep the economy healthy amid the major difficulties that Latin American countries are experiencing at present – Venezuela, for instance, once one of Colombia’s closest commercial partners, is the most critical case.

The investment machine
During the previous government’s tenure, significant efforts were made in the development of the country’s competitive infrastructure. Although road construction was the state’s primary focus, important investments into ports, airports and navigability were also made.

Against this backdrop, project finance in Colombia has advanced considerably: banks are more cautious, as are sponsors. Consequently, they analyse and distribute risk within different parties. This has been a huge learning process – one that was achieved in a short period of time, but was necessary in order to improve confidence in the financing of future projects.

of the Colombian population belonged to the middle class in 2002

of the Colombian population belonged to the middle class in 2015

That said, a key point for the new government must be social infrastructure. However, in order to attract investors of this type, it is necessary to have more robust regulations in place. Private investment in hospitals, schools and universities, as well as in better prison establishments, must be promoted in a determined way. In terms of the state’s fourth generation (4G) projects, we need to execute ambitious plans on those fronts, particularly in the health sector.

BTG Pactual has been active in Colombia for the last five or six years. When it first arrived on the scene, one of its primary focuses was to support the country’s development activities – not only in the private sector, but also in government initiatives that would benefit the country. For example, BTG Pactual has worked with Construcciones el Cóndor, Aleática (previously called OHL), Mota-Engil, Sacyr and Odinsa, among other infrastructure companies. We structured the highway project Ruta al Mar, which cost $490m in project financing. Thanks to the structure implemented by BTG Pactual, Ruta al Mar achieved international investment-grade ratings, despite having commercial risk. This project was awarded Infrastructure and Project Finance deal of the year Americas 2018 by The Banker and Latin America Transport deal of the year 2017 by IJ Global. In addition, we are currently supporting two 4G roads, which we expect to have closed between Q4 2018 and Q1 2019. In one of these projects, BTG Pactual also participated in a bridge loan facility.

Arousing global interest
Colombia’s M&A activity is in constant motion at present. It was somewhat cautious during the first half of this year, mainly because of political activity and the change in the country’s incumbent government. Fortunately, both international and local investors reignited their interest in Colombia after verifying that the economy is decidedly pro-market.

Colombia is a country of 48 million inhabitants, with a growing middle class that has expanded from 16 percent of the population in 2002 to 31 percent in 2015, and is expected to reach 46 percent by 2025. This growth makes sectors such as consumption and healthcare very attractive. Likewise, assets in regulated markets such as energy remain especially appealing to investors.

Simply put, Colombia is an attractive market for foreign investors. First and foremost, its economy is stable, as indicated by an average GDP growth of 3.89 percent between 2007 and 2017, in comparison to the Latin American average of 3.12 percent. Second, Colombia has 62 free trade agreements either in force or currently under negotiation. And finally, the previous government managed to finalise a long peace process with the FARC guerrillas, which has given a further boost to investor confidence.

The current government now seeks to maintain this economic stability. The country’s regulatory framework is encouraging, but perhaps the biggest drawback is the tax burden that companies face, which is one of the highest in the world. Fortunately, this is something that the new government has pledged to reduce. This will prove key to promoting Colombia’s reputation for business; it is already ranked as the second-most attractive country in Latin America in which to conduct business.

Equity capital market
The equity capital market (ECM) in Colombia has been quiet of late. There have been no recent ECM issues offered to the general public except for the Grupo Energía Bogotá (GEB) share offers in December 2017 and July 2018. Previous ones, such as Grupo Argos in December 2016, paid $672m to shareholders in a two-part acquisition to acquire Odinsa, a local construction company, of which $225m were in shares, while Colombian electricity company Celsia sold 97 percent of its shares to existing shareholders in February 2018.

Generally speaking, the main reason for this reduced level of activity is the relatively small size of Colombian companies. This makes it more difficult to access the capital market: issues should be around $300m or more in order to have some liquidity, but there are not many companies that are big enough to issue this amount and offer the market a minority position.

For this reason, the GEB offering was a landmark process in Colombia. BTG Pactual acted as the lead left bookrunner on the $669m re-IPO of GEB, a leading owner, developer and operator of electricity and natural gas infrastructure assets across Latin America. This re-IPO represented 10.4 percent of post-money market capitalisation.

The transaction was part of a two-phase democratisation process as laid out in Colombian Law 226, which applies to the sale of state-owned shares and convertible bonds in Colombia. BTG Pactual coordinated a comprehensive pre-marketing effort for the re-IPO given the transaction size and investor’s lack of familiarity with the name: this consisted of two non-deal roadshows, both a local and international anchoring process, and a global investor education effort.

Home-grown services
BTG Pactual’s story in Colombia started in 2012, when it bought Bolsa y Renta, then the second-biggest equity brokerage in the country. Since then, BTG Pactual has achieved a considerable presence in Colombia, with more than 260 people on the ground. It also received a critical boost when it was named Colombia’s best investment bank in 2017 and 2018 by World Finance magazine. We have also won prizes for the best M&A bank and best project finance company in Colombia from other specialised entities. At the same time, we have consolidated our leadership in the fixed income and stock trading markets, as we offer credit to our corporate clients and have structured several kinds of funds for them to invest their resources in, from typical stock funds or fixed income funds to more structured ones, such as payroll funds, cocoa or real estate.

BTG Pactual decided to enter Colombia in order to become the leading player and offer all the knowledge of its global platform to the benefit of the market. As such, we bring a wealth of experience in ECM, debt capital markets, M&A and project finance in other economies to our clients in Colombia.

It is our goal to offer all the activities in the Colombian market that we offer to other countries. For instance, credit and insurance are two of our development objectives in Colombia this year and next. As a firm, we are not known for doing many transactions, but we are known for making those that we do different from others.

In terms of the future of the Colombian economy, we are positive. We expect that stability will continue, as will low inflation, a growing GDP, better infrastructure and a more competitive environment, thereby making Colombia an even more attractive country in which to invest. Even though there will be challenges, we do not foresee difficulties within the near future.