The IMF has predicted that Saudi Arabia could become bankrupt as soon as 2020, but this dire prognosis is not as straightforward as it may seem 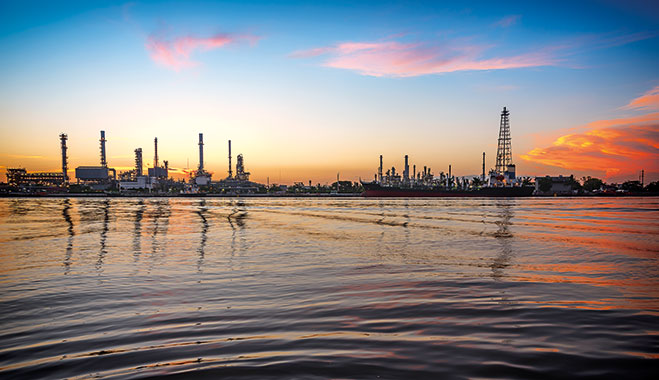 The current oil price slump began in June 2014, and has since sent ripples throughout the global economy. For Saudi Arabia, the world’s biggest exporter of the commodity, the impact has been direct and palpable: given that more than 80 percent of government revenue is earned through its petrochemical sector, over the past year the nation has amassed a budget deficit of around 20 percent of its GDP. And yet, despite the drop in income for the Saudi state, spending did not slow in 2015 – in fact, in some areas it even increased.

According to figures published by the Stockholm International Peace Research Institute (SIPRI) in April 2015, Saudi Arabia has become the world’s fourth biggest military spender, having increased its defence budget by 17 percent between 2013 and 2014. The annual $80.8bn that the country now spends on arms can be attributed to worsening levels of security in the region and a sustained military campaign in Yemen, both of which show no signs of abating. What’s more, spending elsewhere also continued at a fervent pace last year, not only on state infrastructure and large-scale projects, but also on what some may consider unnecessary endeavours: one such expenditure that received widespread criticism was the coronation celebration for King Salman bin Abdulaziz Al Saud, which totalled a mammoth $32bn.

Saudi Arabia’s rising deficit, together with its spending sprees, has led international onlookers to make downcast predictions about the kingdom’s economic wellbeing and future. In October 2015, the International Monetary Fund (IMF) estimated that Saudi Arabia would be bankrupt within the next five years, a suggestion that saw a horde of media outlets echoing the prognosis. While it is true that the state’s foreign reserves have fallen by around $72.8bn, the reality of the state’s economic situation is far more complex – and far less dire – than is presumed in the IMF’s forecast.

The Saudi Arabian economy has weathered similar storms in the past – more severe ones, in fact – and survived intact

Overstating implications
While it was presenting its bankruptcy predictions, the IMF failed to include a number of crucial details regarding Saudi Arabia’s current monetary policy and the robustness of its economy. “These expectations are not only exaggerated, they are outright wrong”, said Jan Dehn, Head of Research at the Ashmore Group. “Saudi Arabia used the oil boom of the past decade to pay down its debt. As oil prices fell last year, it had one of the lowest debt levels in the world (a low single digit figure as a percentage of GDP). It had also established a huge stock of forex reserves. This has given [the country] considerable room to manage the adjustment to lower oil prices in a gentler manner than other countries that had prepared themselves less well.

“[Saudi Arabia’s] initial response has been to sustain domestic demand by issuing more debt and running down forex reserves. However, since the currency is pegged to the US dollar and unlikely to change, it will ultimately have to bring down domestic demand to be consistent with lower external revenue. This points to a gradual reduction in domestic demand stimulus – but bankruptcy is simply not on the books.”

Diminished foreign reserves are mostly responsible for the bankruptcy prediction made by the IMF and other media outlets, but what many did not make clear is that, rather than spending this capital, as was widely presumed, around $71bn of the $72.8bn had actually been transferred. As a precaution, the Saudi Arabian Monetary Agency (SAMA) reinvested foreign capital into less volatile and lower risk products. “It is public information that Saudi Arabia’s reserves have been declining. Oil revenues are lower, and [the government] has chosen deliberately to sell reserves in order to maintain the import levels associated with the recent levels of domestic demand. However, this policy is obviously not sustainable and Saudi Arabia is likely to move to more debt issuance and gradually lower domestic demand in order to stabilise reserves”, Dehn told World Finance. Furthermore, last year the government introduced a series of departmental and ministerial budget cuts in addition to tightening the management of its finances and eliminating discretionary spending at one stage. Likewise, infrastructure spending has been reviewed, resulting in the extension of various large-scale projects, such as the Riyadh and Jeddah metros, and the postponement of others, including the construction of new sporting stadiums. Such moves indicate that the government is in fact taking measures to curb its spending until oil prices increase once more.

Naturally, one downside to this necessary strategy has been a reduction in confidence in the country’s private sector, as it still relies largely on government expenditure. And yet, interestingly, Riyadh has actually begun working towards the privatisation of state-owned infrastructure facilities and enterprises, starting with the sale of its stake in the National Commercial Bank.

Long-term strategy
The state’s deep-seated economic transition does not stop there. At present, Saudi Arabia is implementing a long-term holistic strategy to create the much-needed diversification that its economy requires. Being so dependent on one sector is not conducive for the sustainable economic growth of any country, and this is a fact that the Saudi government is all too aware of. As such, its focus on helping the development of other industries, such as mining, automobiles, plastic and pharmaceuticals, is enhancing swiftly. Moreover, the nation’s financial sector is better positioned than many would assume, with a consistently low rate of non-performing loans, while bank reserves remain high (see Fig. 1).

In order to help lower the budget deficit, Riyadh began issuing domestic bonds last summer. Of course, diversification is needed in the long-term so as to maintain adequate levels of available liquidity for private sector loans, but the decision certainly helps somewhat in the immediate-term as well. Likewise, the government has also decided to participate in the international bond market for the first time, which is expected to take place in January. This is another prudent move, as tapping into international debt markets can help fund government spending without resorting to the absorption of bank liquidity. Also during the summer of 2015, Saudi Arabia opened up its stock exchange, the Tadawul, to foreigners for the first time in the country’s history. The decision to do so again plays a big role in the government’s wider strategy to diversify the economy away from oil. Although a flood of foreign capital was not witnessed from the outset, an increasing flow can be expected as international investors realise the potential of many of Saudi’s non-oil markets. Moreover, in two to three year’s time, the kingdom is expected to achieve the MSCI ‘emerging economy’ status, which will not only encourage foreign investment considerably, but will also fully immerse the state into the global community of emerging economies.

A clearer understanding
Again, the Saudi economy is one that is often over-simplified and understated. Certainly, there is much work to be done before Saudi Arabia can be said to have reached the next stage in its economic development, and while oil prices remain low, the nation’s oil exporters continue to face a significant hit. “SAMA can only do so much”, Dehn explained. “Changing the composition can only affect the level of reserves at the margin. Perhaps more important for the level of reserves are (a) oil prices, (b) Saudi’s current account and the factors that drive domestic demand, including fiscal policy and exchange rate policy, (c) Saudi’s capital account – here the government is gradually opening its market, which could result in inflows – and (d) global exchange rate movements – for example, reserves can change even if there are no flows at all. Ultimately, I think the level of reserves is mainly decided by the oil price and by broader government policy, particularly exchange rate policy and the management of domestic demand. This is outside of SAMA’s remit.” Yet the low oil prices of present are only a small glitch in the wider scheme of things.

It is worth noting that the Saudi Arabian economy has weathered similar storms in the past – more severe ones, in fact – and survived intact. During the recession of the 1980s and 1990s, Riyadh faced far greater fiscal challenges than it does today: its cash reserves were only 25 percent of its GDP, in comparison to being 100 percent in 2014. Furthermore, the nation’s budget deficit rocketed to 52 percent in 1983 and then climbed to its highest ever level of 77 percent in 1991, yet once again, the economy prevailed.

In the years since, the government has set itself on a path of market diversification and greater participation in the global economy. Additionally, the country’s levels of inequality and unemployment have improved significantly over the past decade. As such, Saudi Arabia is still in the process of undergoing a transformation that will improve its social capital and encourage more parties to participate in its growing private sector. Of course, these measures take time, particularly as they are tied to social status and cultural perceptions – but what is important is that they have begun.
As for the issue of bankruptcy, given the reserves that the state accrued during the years of the oil boom and the discernible financial steps that it has taken over the past year, this scenario is simply not on the cards.