The fragmented nature of Europe’s banking environment is preventing its institutions from competing at a global level. Much-needed consolidation may finally be coming to fruition 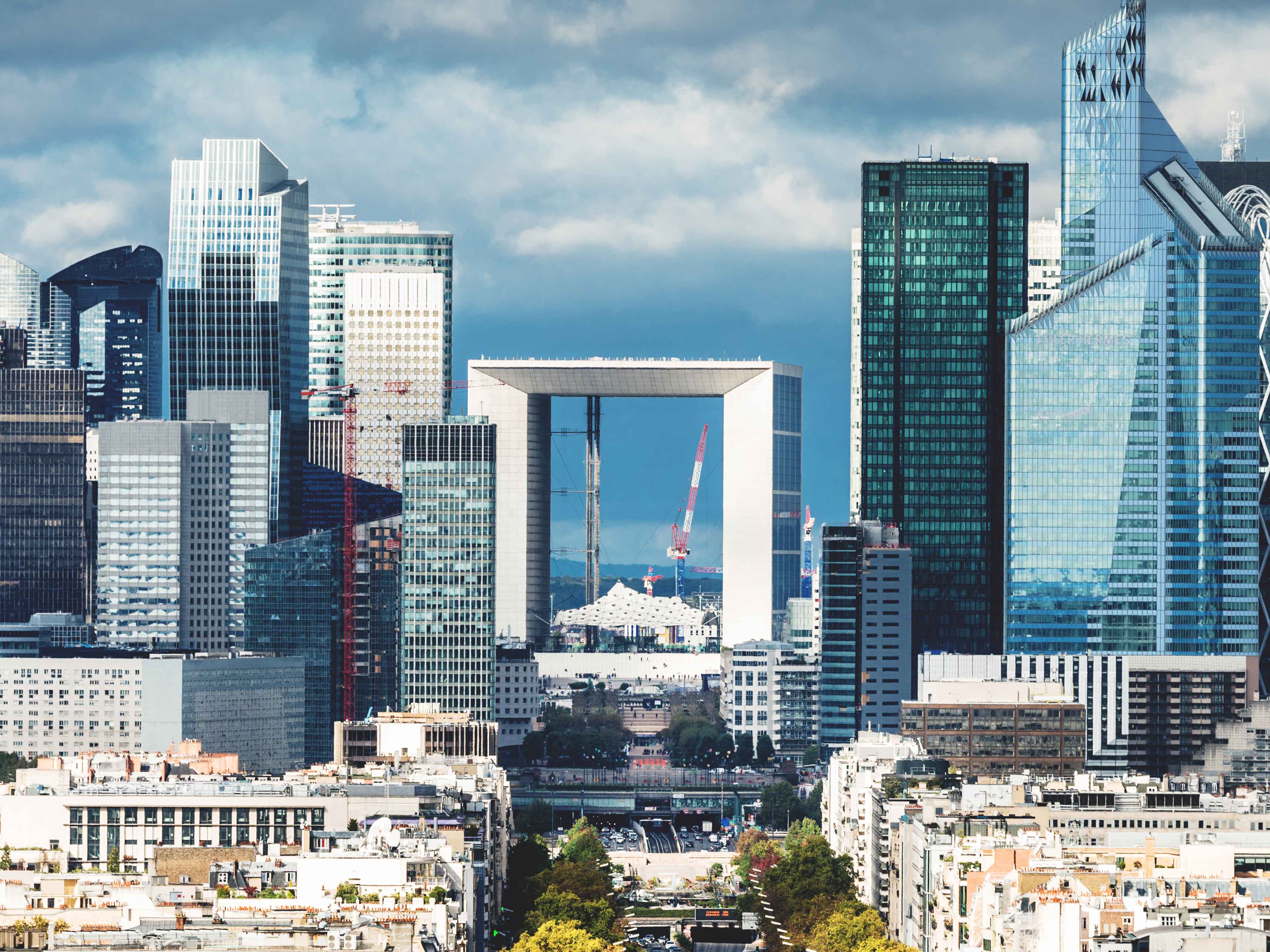 The overwhelming number of banks in the eurozone has resulted in low productivity and a lack of competitiveness, with the average return on equity standing at 6.2 percent in Q4 2018
Banking | Commercial banking | Featured
Author: Sophie Perryer

There are too many banks in Europe. The European Union is home to 6,250 credit institutions, according to the European Banking Federation. Of these, 4,769 are within the eurozone – a particularly striking figure considering all of these institutions provide banking services in a single currency. Comparatively, there were 4,398 domestic banking institutions in 2016 in China, a country that has almost four times the population of the eurozone.

The sheer number of financial institutions on the continent would not be so problematic if they were all performing well. However, that is not the case: the average return on equity, an indicator used to assess the banking sector’s attractiveness to investors, stood at 6.2 percent for financial institutions in the EU-28 in Q4 2018. By contrast, US banks achieved 11.96 percent in the same period.

Every so often, the possibility of consolidation is floated as a solution to Europe’s banking woes. Its re-emergence is typically driven by news that two of the continent’s financial institutions are planning to unite – most recently, it was Deutsche Bank and Commerzbank’s decision to explore the possibility of a merger that set tongues wagging.

While the German lenders have since abandoned their discussions, citing commercial viability concerns, the consolidation question has not faded from industry minds as quickly as it has done previously. In fact, two of the European Central Bank’s most senior figures – Vice President Luis de Guindos and policymaker François Villeroy de Galhau – have expressed their support for consolidation in recent months, while Deutsche Bank CEO Christian Sewing told Germany’s Bild newspaper: “I still expect banking consolidation in Europe over the next few years. And I don’t just want to watch, I want to be a player too.”

The chorus of voices calling for tie-ups has led many to believe that this could be the moment when the much-hyped M&A boom finally comes to fruition. Such an event could eliminate many of the profitability issues that Europe’s banks are currently grappling with by bringing down operational costs and giving them more clout at a global level. Consolidation, however, is not without risks: it means increased regulatory scrutiny and a greater governmental burden in the event of another financial crisis. These are factors banks must consider before jumping into bed with one another.

A seat at the table
“Europe’s banks simply don’t have the critical mass to compete at a global level,” said Lorenzo Codogno, former chief economist at the Treasury Department of the Italian Ministry of Economy and Finance. The comparatively small size of each institution makes dealmaking considerably more challenging, particularly when competing with US counterparts for M&A advisory fees or underwriting. For example, when Dutch payments firm Adyen made its public debut on the Euronext Amsterdam exchange last year, it selected

JPMorgan and Goldman Sachs to underwrite the share offering, in part due to a lack of European banks that would have been robust enough to support the €7.1bn ($8.02bn) market capitalisation it was seeking.

As the US’ largest bank, JPMorgan has its own market capitalisation of over $380bn, meaning even if it had been forced to buy the entirety of Adyen’s shares, it would have only created a relatively small dent in its finances. For Europe’s biggest bank, Santander, which has a market capitalisation of €80bn ($90.36bn), that eventuality would have been far more problematic. “If [Europe’s banks] cannot provide the same kind of services that international banks can, they will lose commerce and European companies will have to rely on non-European banks in order to do their global business,” Codogno added.

Given that the market is so crowded, Europe’s banks also face competition from continental neighbours, as well as from counterparts across the Atlantic. As such, they are constantly vying to offer the lowest credit costs to customers, while maintaining workable profit margins. This is made all the more difficult by the fact that operational and compliance expenses in Europe are much higher than in the US, due in part to the EU’s failure to create an integrated banking union in order to support the single currency.

“Capital is not fungible and liquidity really cannot freely flow within the eurozone,” Codogno told World Finance. Due to the lack of legislative and regulatory tie-up between countries, which makes dealmaking more complex and costly, banks are more likely to rely on business within their domestic market rather than exploring cross-border trade. According to de Guindos, this obstacle is unlikely to disappear in the near future, either. “The political momentum behind completing the banking union is fading,” he said at a conference in Brussels on May 16.

“Achieving a full-fledged harmonisation of [legal frameworks] is infeasible, because clearly the legal systems across Europe are completely different, so it will be close to impossible to do that,” said Codogno. “But I think it’s feasible to achieve a minimum harmonisation so that there is effectively an equivalence of treatment – that would facilitate the situation enormously.”

The EU attempted to harmonise regulations across the bloc in 2018 with the introduction of MiFID II. However, rather than facilitating cross-border business, its actions effectively placed another cost burden on banks to ensure they are compliant with the directive. According to consultancy firm Opimas, the cost of implementing MiFID II across the finance industry was more than €2.5bn ($2.82bn), with further costs expected year-on-year as banks take on additional compliance staff to ensure they meet all the reporting criteria. While the continent’s larger institutions are able to withstand those increased costs, for smaller players, these could be the tipping point between survival and collapse.

Banks in the eurozone

Internal frailties
It is clear that consolidation would provide a solution to these issues by affording smaller banks economies of scale. By pooling resources and sharing the cost of compliance, institutions could reduce operational expenses and boost their global presence. However, consolidation also carries a number of risks: first, M&A relies on each party being in a strong financial position, a claim that not all of Europe’s small or even large lenders can make. The industry is still recovering from the effects of the 2008 crash and the 2009 sovereign debt crisis – according to Deutsche Bank figures, European banks’ nominal revenues are down 12 percent compared with 2010, even though the continental economy expanded by 24 percent during that time.

“Europe’s banks have recapitalised a lot compared to the initial phases of the [sovereign debt] crisis,” said Codogno. “However, [many] banks still have large portfolios of government bonds and because of that they remain fragile. If there were [substantial] movements in the market or a weakening in the economy, they might immediately run out of capital.”

Consolidation between banks with a significant amount of sovereign debt on their books could also give rise to the collapse of the entire continental economy in the event of another financial crisis. Creating the sort of ‘too big to fail’ institutions that dominated the US banking sector pre-2008 means centralising a huge amount of capital in a very small number of institutions, which, if they do fail, have to be bailed out by governments, as was the case in 2008 in the US. Fortunately, the US Government was able to make $700bn available at the time to purchase toxic assets from banks through the Troubled Asset Relief Programme, saving the system from total collapse.

Many of Europe’s governments are not in a position to offer a similar sort of bailout today, given that many of them still have significant debt burdens that are tied up in the region’s banks in the form of bonds. If these banks were to merge and then find themselves in difficulty, governments certainly would not be able to bail them out. “The ‘doom loop’ between the banks and sovereign debt is still very much there, at least in some European countries,” Codogno told World Finance. “Should the economy start weakening again, the weaknesses of both banks and sovereigns would become very clear.”

Finding a place
While consolidation may give banks more leverage against one another in terms of dealmaking, it may not make them more attractive to customers. The 2008 crisis fostered major mistrust in massive financial institutions, which were seen by many to have caused the recession by making irresponsible lending choices in order to boost profits. That mistrust has not entirely dissipated and any bank seeking to grow through M&A would have to be aware of that fact and prove itself trustworthy, either through compliance or investing in technology to offer a more personalised experience.

“Banks need to [consider] a big restructuring, a reduction in personnel and a change in attitude,” said Codogno. “Employees need to become far more proactive in drawing in business and offering a consultative service to their clients, rather than just being operational [middlemen]. They [had] better be quick about it, too, or they might find themselves out of business, given consumers have so much choice now.” Indeed, alternative lenders and fintech firms have already begun siphoning off customers that have become disillusioned with large-scale banks, and are well-placed to continue doing so if banks do not step up their game.

Ultimately, the question of consolidation comes down to the purpose of lenders in the larger financial landscape. For investment banks that are struggling to compete in the dealmaking sphere, tie-ups with competitors would afford them influence at an international level, help them to capture more advisory and underwriting fees and deliver a greater return on equity to shareholders. “Achieving a decent size would strengthen their capital position,” said Codogno. For retail banks, consolidation would certainly provide benefits in terms of economies of scale, but should not be undertaken if investment in technological innovation must be sacrificed in return. After all, a global presence is important, but attraction and retention of customers should always be the first priority.