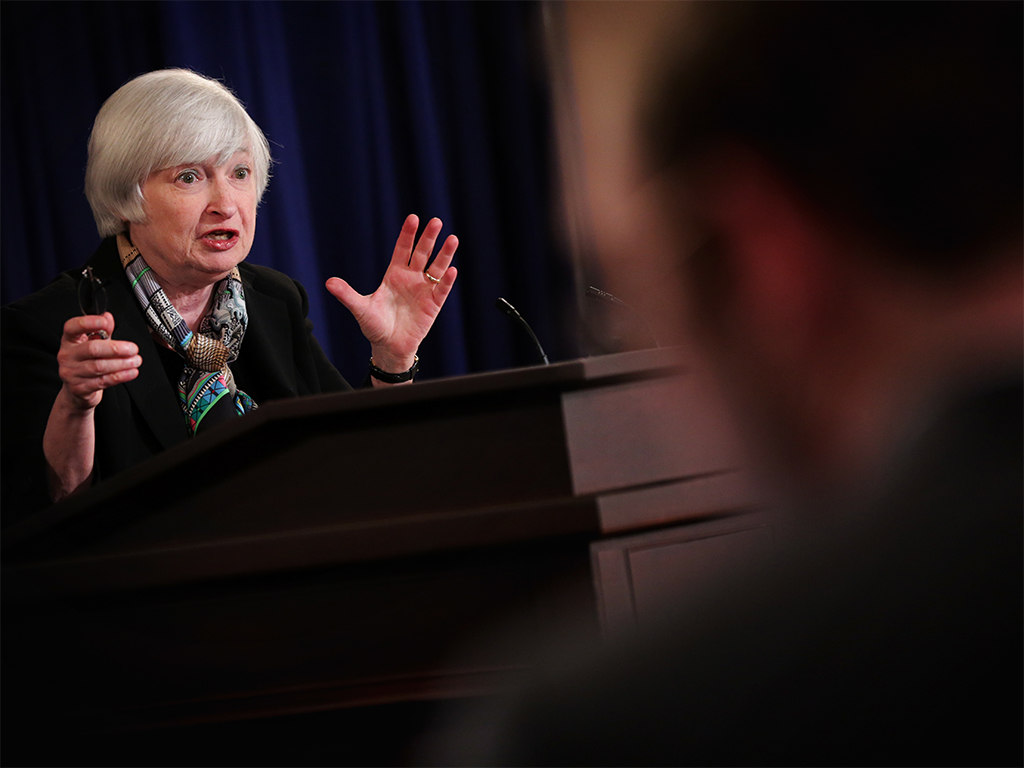 Following the Fed’s decision to taper its stimulus package by a further $10bn – bringing the monthly total to $55bn – the new chair made what many consider to be her first mistake by signalling a sooner than expected rise in interest rates.

Despite reaching its 2012 target of 6.5 percent unemployment, the Fed looks to continue with its stimulus efforts, having decided to take into account a much broader array of economic indicators. “We know we’re not close to full employment, not close to an employment level consistent with our mandate,” she told reporters in a news conference shortly after. “Unless inflation were a significant concern, we wouldn’t dream of raising the federal funds rate target,” she said.

Nonetheless, if the Fed continues to reduce its bond-buying programme at quite the same rate it has done these past few months, it should come to an end as soon as this Autumn, leading many to ask the next question of when exactly it will push up its rock bottom interest rates.

Since December 2008, interest rates have ranged from zero to 0.25 percent, with the FOMC stating only that: “It likely will be appropriate to maintain the current target range for the federal funds rate for a considerable time after the asset purchase programme ends.”

However, in Yellen’s first news conference since taking charge, she proceeded to put a rough timeframe on the rise and spook financial markets, which expected the hike to come at a much later date. “I, you know, this is the kind of term it’s hard to define, but, you know, it probably means something on the order of around six months or that type of thing,” said Yellen. “But, you know, it depends – what the statement is saying is it depends what conditions are like.”

The answer came in stark contrast to the Fed’s vague stance on the issue, leading some to speculate over whether or not her “around six months” prediction was an unintended slip on her part. Yellen did, however, go on to stress that the rate rise would not be immediate, and would come as per a series of measured steps.