A risky future for advanced and emerging economies

The prospects for most advanced economies look set to improve by varying degrees in 2014, but emerging economies still have the more promising outlook. There is risk in all quarters, however 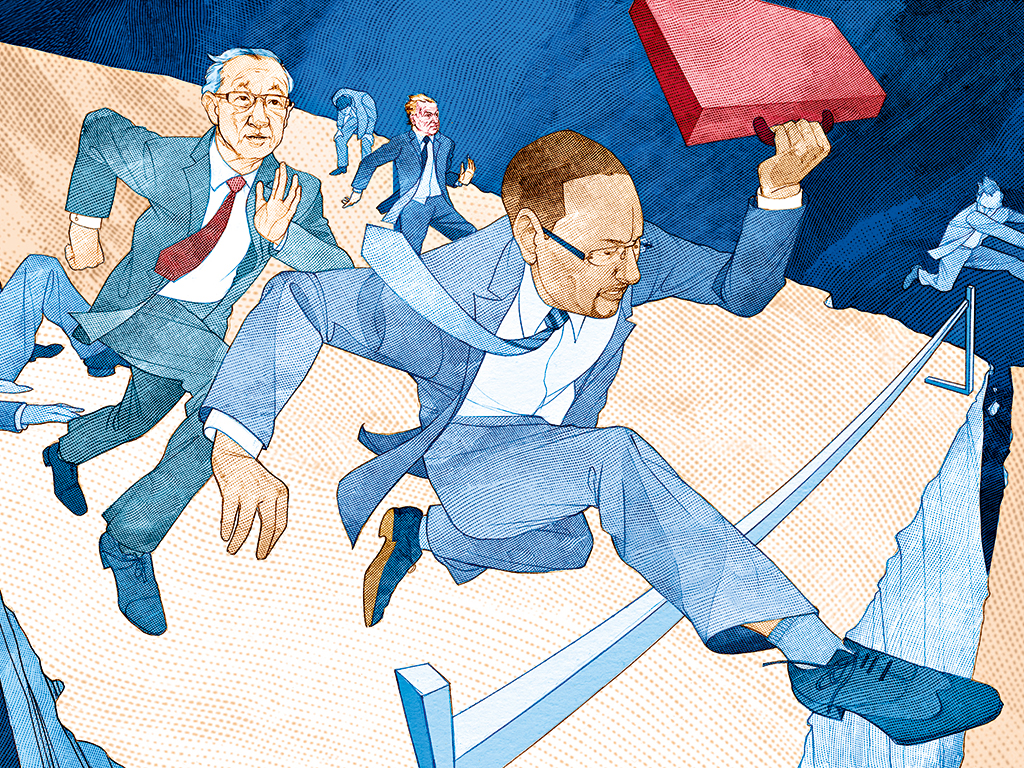 Comment
Author: Nouriel Roubini, Professor of Economics at the Stern School of Business

The global economy had another difficult year in 2013. The advanced economies’ below-trend growth continued, with output rising at an average annual rate of about one percent, while many emerging markets experienced a slowdown to below-trend 4.8 percent growth. After a year of subpar 2.9 percent global growth, what does 2014 hold in store for the world economy?

The good news is that economic performance will pick up modestly in both advanced economies and emerging markets. The advanced economies, benefiting from a half-decade of painful private-sector deleveraging (households, banks, and non-financial firms), a smaller fiscal drag (with the exception of Japan), and maintenance of accommodative monetary policies, will grow at an annual pace closer to 1.9 percent.

Moreover, so-called tail risks (low-probability, high-impact shocks) will be less salient in 2014. The threat, for example, of a eurozone implosion, another government shutdown or debt-ceiling fight in the United States, a hard landing in China, or a war between Israel and Iran over nuclear proliferation, will be far more subdued.

Still, most advanced economies (the US, the eurozone, Japan, the UK, Australia, and Canada) will barely reach potential growth, or will remain below it. Households, banks, and some non-financial firms in most advanced economies remain saddled with high debt ratios, implying continued deleveraging. High budget deficits and public-debt burdens will force governments to continue painful fiscal adjustment. And an abundance of policy and regulatory uncertainties will keep private investment spending in check.

[G]rowth will remain anaemic in most advanced economies

The outlook for 2014 is dampened by longer-term constraints as well. Indeed, there is a looming risk of secular stagnation in many advanced economies, owing to the adverse effect on productivity growth of years of underinvestment in human and physical capital. And the structural reforms that these economies need to boost their potential growth will be implemented too slowly.

Same old problems
While the eurozone’s tail risks are lower, its fundamental problems remain unresolved: low potential growth; high unemployment; still-high and rising levels of public debt; loss of competitiveness and slow reduction of unit labour costs (which a strong euro does not help); and extremely tight credit rationing, owing to banks’ ongoing deleveraging. Meanwhile, progress toward a banking union will be slow, while no steps will be taken toward establishing a fiscal union, even as austerity fatigue and political risks in the eurozone’s periphery grow.

In Japan, Prime Minister Shinzo Abe’s government has made significant headway in overcoming almost two decades of deflation, thanks to monetary easing and fiscal expansion. The main uncertainties stem from the coming increase in the consumption tax and slow implementation of the third ‘arrow’ of ‘Abenomics’, namely structural reforms and trade liberalisation.

In the US, economic performance in 2014 will benefit from the shale-energy revolution, improvement in the labour and housing markets, and the ‘reshoring’ of manufacturing. The downside risks result from political gridlock in Congress (particularly given the upcoming midterm election in November), which will continue to limit progress on long-term fiscal consolidation; a lack of clarity about the Federal Reserve’s planned exit from quantitative easing (QE) and zero policy rates; and regulatory uncertainties.

Emerging markets’ difficult year in 2013 reflected several factors, including China’s economic slowdown, the end of the commodity super-cycle, and a fall in potential growth, owing to delays in launching structural reforms. Moreover, several major emerging economies were hit hard in the spring and summer, after the Fed’s signal of a forthcoming exit from QE triggered a capital-flow reversal, exposing vulnerabilities stemming from loose monetary, fiscal, and credit policies in the boom years of cheap money and abundant inflows.

Emerging economies will grow faster in 2014 – closer to five percent year-on-year – for several reasons. Brisker recovery in advanced economies will boost imports from emerging markets. The Fed’s exit from QE will be slow, keeping interest rates low. Policy reforms in China will attenuate the risk of a hard landing. And, with many emerging markets still urbanising and industrialising, their rising middle classes will consume more goods and services.

Ongoing fragility
Still, some emerging markets – like India, Indonesia, Brazil, Turkey and Venezuela – will remain fragile in 2014, owing to large external and fiscal deficits, slowing growth, below-target inflation, and election-related political tensions. Some of these countries – for example, Indonesia – have recently undertaken more policy adjustment and will be subject to lower risks, though their growth and asset markets remain vulnerable to policy and political uncertainties and potential external shocks.

The better-performing emerging markets are those with fewer macroeconomic, policy, and financial weaknesses: South Korea, the Philippines, Malaysia, and other Asian industrial exporters; Poland and the Czech Republic in Europe; Chile, Colombia, Peru, and Mexico in Latin America; Kenya, Rwanda and others in Sub-Saharan Africa; and the Gulf oil-exporting countries.

Finally, China will maintain an annual growth rate above seven percent in 2014. But, despite the reforms set out by the government, the shift in China’s growth model from fixed investment toward private consumption will occur too slowly. Many vested interests, including local governments and state-owned enterprises, are resisting change; a huge volume of private and public debt will go sour; and the country’s leadership is divided on how quickly reforms should be implemented. So, while China will avoid a hard landing in 2014, its medium-term prospects remain worrisome.

The global economy will grow faster in 2014, while tail risks will be lower. But, with the possible exception of the US, growth will remain anaemic in most advanced economies, and emerging-market fragility – including China’s uncertain efforts at economic rebalancing – could become a drag on global growth in subsequent years.