Culture-based explanations for economic development are making a comeback, as economists try to answer an age-old question: why do some nations become richer than others? 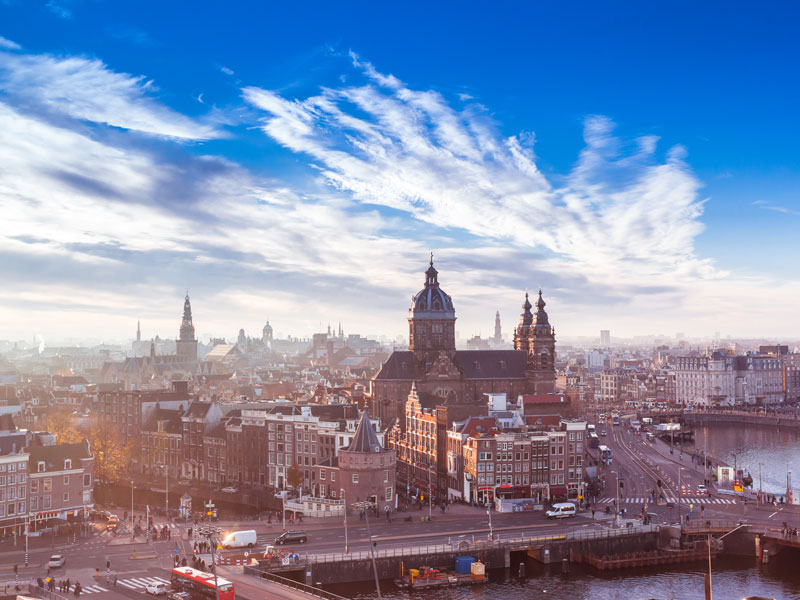 In the middle of the eighteenth century, Europe experienced explosive economic growth. GDP per capita in the Netherlands – one of the richest parts of Europe at the time – was 42 percent higher than in the Yangzi delta, then the economic powerhouse of China. By 1770, that figure had reached 90 percent. In just a few decades, Europe wealth had rapidly surpassed that of all other regions.

The Great Divergence, as it is called, helped spawn the discipline of economics as we know it today. Adam Smith’s landmark 1776 text The Wealth of Nations sought to identify the major contributors to a nation’s wealth and sparked a long line of economic inquiry analysing how culture dictates which countries become wealthy and which do not. Many of these analyses concluded that European culture alone was conducive to economic growth; the German political economist Max Weber argued that the Protestant work ethic was responsible for Europe’s high economic output.

In the twentieth century, cultural explanations for wealth inequality between nations began to lose their popularity with economists. There were two main reasons for this. One was the rise of the ‘Asian tiger economies’, which refuted the idea that only Western, Christian cultures could enjoy great economic success. The other was the growing prevalence of data, which gave rise to more quantitative theories for the explanations of markets as well as economic explanations of sociology.

“In the 1960s to the 1970s, mainstream economists began to argue that economics could provide explanations for many phenomena in social sciences,” said Paola Sapeinza, the Professor of Consumer Finance at Northwestern University’s Kellogg School of Management. “The paradigm became that economics affects culture, not the other way around. For example, basic economics was used to explain family decisions, such as the participation of women in the workforce and fertility choices, ignoring cultural influence.”

Now, the dial has swung back once again. Today’s economists are turning to culture to answer questions about people’s financial behaviours and what shapes them.

A different perspective
Towards the end of the twentieth century, economists began to see the pitfalls of imposing economic policies without paying heed to culture. The Washington Consensus, for example – a set of neoliberal policies presented to the International Monetary Fund in 1989 – is broadly seen as having failed to achieve its goal of bringing prosperity to Latin America. In the thirty years after the Washington Consensus was implemented, Latin America grew less than 1 percent per year per capita terms, compared to 2.6 percent annual growth between 1960 and 1981.

This shows that, while a certain kind of institutional reform may succeed in one country, it won’t necessarily succeed in another, and culture may be the reason why. “One example is Italy,” said Thierry Verdier, Professor of Economics at Paris School of Economics, “where you had reforms that worked in the north but not in the south. Why? People have begun to think that it’s down to very long-term factors such as the development of cities in the north of Italy and the building up of social capital there that happened over a long period of time. It didn’t exist in the south because of other historical developments.”

There are many scenarios where economics alone cannot account for the behaviour of a certain group. For example, immigrants and their children often exhibit different behaviour despite being in the same economic environment as other citizens.

“Immigrant children of a certain origin systematically outperform US-born students in the country, even if they attend the same school. These differences hold after taking into account the income and the education of the parent,” said Sapienza. “If the explanation for these differences in behaviour were economic conditions or the quality of the institution, we would not observe these differences.”

By identifying the cultural beliefs that proliferate in more productive and innovative countries, we could advance our understanding of the conditions needed for economic success. “We understand that if we invest more in physical capital or in finance or in technology the economy probably will grow more. But that doesn’t necessarily explain the variety of growth across the world,” said Verdier. “To explain that, we need to go to deeper causes which relate to how a country developed.”

The traits of successful countries
Economists have linked some cultural beliefs to higher levels of economic development. One of these, inevitably, is a population’s willingness to engage in markets, whether through investment or employment. “The decision to work has economic consequences for the individual and the family but more generally for the development of the nations,” said Sapienza, “as productivity is positively affected by the share of labour participation in the economy.”

To assess this willingness to participate in markets, economists will sometimes look at the prevalence of social trust in a given community. Many studies have associated increased social trust with higher rates of trade, innovation and development in a country’s financial sector. Countries that record low levels of trust between strangers, meanwhile, tend to be less economically developed. Of course, institutions have a role to play here as well. If a country’s economic institutions are less transparent and less reliable, it follows that people would be less likely to trust them with their capital.

Studies have also revealed a correlation between the strength of family ties in a country and that nation’s economic development. Stronger family ties usually means more family businesses. As family businesses are often less competitive and less efficient than other firms, their prevalence can have a negative impact on the economy.

A look into the past could explain why some of these traits develop in the first place. A 2019 paper by Benjamin Enke, Assistant Professor at Harvard University’s Department of Economics, proposes that pre-industrial groups with a higher occurrence of pathogens in their environment were more likely to forge close-knit family ties, because shunning outsiders was vital for reducing the risk of infection. Even as a culture evolves, deep-rooted factors like this may continue to play a role.

However, it can be hard to determine whether the level of economic development in a country is mainly down to culture or policy. In the case of the Soviet Union, low productivity wasn’t the result of a cultural trait but rather the collectivist regime that had been imposed on the population. Clearly, the economic environment itself has serious implications for a population’s financial preferences and social mobility. The same is true of a country’s physical environment. For example, a study published in the Journal of Human Development has found that landlocked countries are generally at a greater economic disadvantage.

Culture clash
Studying culture’s impact on economics is not without its complications. As the economic historian David Landes points out, one problem with discussing the pitfalls of a certain culture is that it could lead to xenophobic interpretations.

Another issue is that culture itself is difficult to define. The vagueness and breadth of the concept makes it hard to draw clear conclusion about its influence on economics. “It’s not necessarily only based on objective measures,” said Verdier. “There’s a degree to which it is very much subjective and how we measure subjectivity is an issue for economists.”

Attempts have been made to create a more precise definition for use by economists. In 2006, Sapienza and her co-authors Luigi Zingales and Luigi Guiso described culture as the “customary beliefs and values that ethnic, religious, and social groups transmit fairly unchanged from generation to generation”.

What’s more, over time, better techniques and more data have been made it easier to qualitatively measure cultural traits. The World Values Survey and the General Social Survey were introduced in the 1980s to evaluate people’s values and beliefs and how these change over time.

“Once you have that information,” said Verdier, “you can relate it to information which is much less subjective, such as growth rates or poverty rates or the fact that particular countries implement regulations on labour markets this way and some do it in another way. So economists take the subjective information from these surveys and relate it to the more objective economic indicators that are more systematically collected in a very well-defined manner from the start.”

The implications for policy
When taking culture into account, it’s important to consider the way it interacts with other factors that impact economics. Verdier believes that the complex interplay between culture and institutions is crucial for understanding why and how countries develop in different ways.

“There’s one aspect that is often debated among economists,” he told World Finance, “which is whether or not the interactions between institutions and culture are complementary. Certain types of formal rules are complementary to the development of the maintenance of particular beliefs. Say, for instance, that you have a discriminatory market institution like slavery. That certainly interacts in a complementary way with the beliefs of racism. And so that’s a case where the racist culture you have is complimentary to the types of institutions in the country and they reinforce each other.”

But the opposite can also be true. “You may have a situation where, on the contrary, institutions and culture tend to mitigate each other in terms of their effects,” said Verdier. “For instance, a country’s population could have a strong belief in the value of work and, at the same time, welfare programmes that are maybe too generous or just distributed without any conditions. And that could generate a notion that you have rights and those rights actually depreciate the value of work, which in turn creates, of course, inefficiency in terms of the social welfare system.”

Understanding how culture and institutions reinforce or counterbalance one another can have real-world applications for the way we implement policy. Before reforming an institution, it’s important to know whether an existing cultural belief or value could potentially undermine it. “In that sense,” said Verdier, “having some knowledge coming from sociologists to economists that do this kind of work from a quantitative perspective, may provide some insight on whether or not you have a framework in place of institutional reforms to make them more effective.”

For decades, economists turned their nose up at cultural explanations for economic outcomes. The economist Robert Solow said that attempts to meld the two subjects ended up in “a blaze of amateur sociology”. But no market is created in a vacuum. Today, economists are increasingly willing to recognise that the wealth of a given nation cannot be explained without acknowledging the complex interplay between many different factors, from its institutions to its cultural beliefs to its environment and its pre-modern history. “As wonderful as a tool economics is, it does not explain all behaviours. Incorporating culture among the explanations has made economics a much more powerful tool,” said Sapienza.