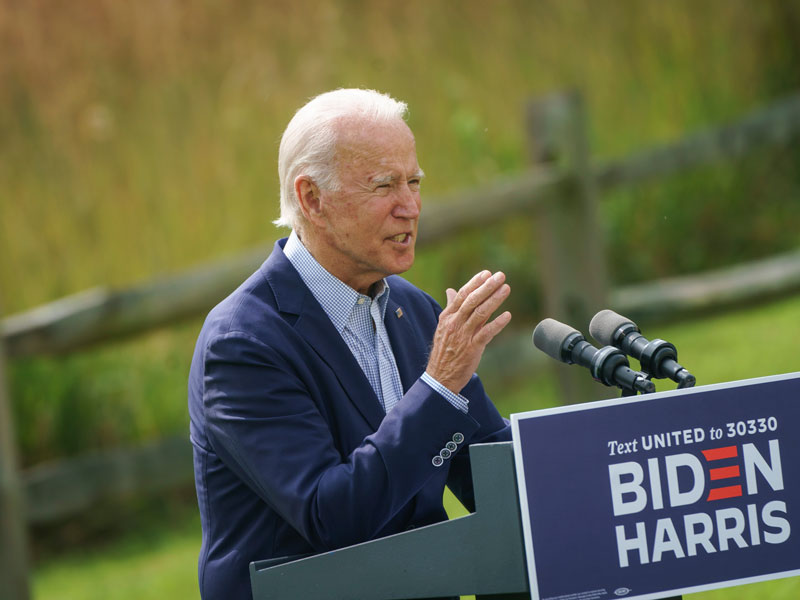 Campaigning to be elected president of the US is an expensive undertaking. During the 2012 presidential race, Barack Obama and Mitt Romney spent a combined sum of nearly $1.12bn, according to the Centre for Responsive Politics.

Although US elections have almost always been a costly affair, the costs have only spiralled over time. Between Abraham Lincoln’s 1860 campaign and Donald Trump’s in 2016, the amount spent to be elected president increased more than 250-fold, even when the numbers are adjusted for inflation.

There’s an obvious reason why candidates feel driven to outspend their opponents. Throughout history, the majority of winning presidential candidates have been those who spent the most on the campaign trail. Throwing money at the election, therefore, seems like the logical conclusion. As Mark Hanna, a US Senator, once said, “There are two things that are important in politics. One is money and I can’t remember what the other one is.”

But just because there is a correlation between campaign spending and winning the election, that doesn’t mean that money is the deciding factor. In fact, there is an ongoing debate among political scientists over whether campaign spending meaningfully affects election outcomes at all.

Money well spent
In September, it was reported that Democratic presidential nominee Joe Biden was vastly outspending Trump on the campaign trail. According to campaign officials, as they enter the final stretch of the race, Biden has $141m more left in the bank than his rival. If money determined the election result, then this suggests Biden could be on the path to victory.

But while being the bigger spender increases a presidential candidate’s chance of winning, it’s no guarantee of success. There are plenty of examples of electoral candidates who have spent big and failed to win the vote.

In some cases, a higher amount may be spent to compensate for other problems. As Brian Libgober, political scientist and Assistant Professor at the University of California at San Diego, explains, sometimes the candidates with the most cash are self-funded. The fact that they have to rely on their own money in lieu of donations can reflect their own weaknesses as candidates. “Often, these are particularly wealthy self-financed candidates who can raise funds without necessarily having the qualities that make a candidate electorally strong, for example relationships with key constituencies, experience running for office, charisma, a compelling policy platform and so forth,” he said.

Michael Bloomberg, who ran for president in 2020, is one such example. Despite pouring almost $1bn of his own money into his three-month long campaign, Bloomberg was forced to end his presidential bid after securing just one endorsement from the 15 up for grabs on a critical night in the Democratic primaries. His poor performance on the debate stage was a key reason why.

Another high-profile example that proves money doesn’t guarantee electoral success is President Donald Trump’s 2016 victory. The $398m he spent on campaigning was almost half the amount forked out by his opponent Hilary Clinton. As Libgober points out, clearly Trump would not have won “if campaign spending was decisive in presidential elections.”

Of course, Trump benefitted from a number of advantages his rival didn’t have: TV stardom and an anti-institution persona, with none of the baggage that accompanies a political career (or being married to a former president). But there are a number of other reasons why Trump succeeded despite being at a disadvantage financially.

‘Earned media’, or free press, is one. Trump had a huge advantage in the daily news cycle thanks to his controversial remarks. A study by The New York Times found that, overall, Trump enjoyed nearly $2bn worth of free media coverage during the campaign.

Others suggest that Trump’s campaign spending was more effective than Clinton’s. He invested more heavily in social media, whereas Clinton relied on more traditional advertising, like expensive TV ads. Also, a study by the Wesleyan Media Project found that most of Trump’s TV ads attacked Clinton’s policies, whereas most of Clinton’s went after his personality, which may have weakened her case to voters.

Libgober, however, doubts these factors would have made much of an impact. “I tend to view these claims with scepticism,” he said. “In a media environment already super-saturated with information and where partisan loyalties are strongly activated, we should not expect campaign spending to make a huge difference.”

Advertising is the cornerstone of any election campaign, usually making up the bulk of the budget. President Obama spent more than 70 percent of his campaign expenses on advertising. But, despite the huge sums put towards it, the effectiveness of political advertising is far from clear-cut.

Getting noticed
The most obvious benefit of a media campaign is name recognition. Unsurprisingly, many studies have found that people prefer candidates they recognise over those they aren’t familiar with. It goes without saying an enormous presidential campaigns tends to result in widespread recognition of the candidate.

Achieving this recognition is particularly important for newcomers. Unlike the incumbent, these challengers aren’t yet household names. Therefore it’s worth raising large funds in order to level the playing field. In this scenario, money can have a significant impact on the race, since it can determine which candidates fall down at the first hurdle.

Spending money early on in the race has also been shown to make a difference. A 2016 study found that early spending impacted who would win the primaries partly because it boosted the profiles of lesser-known candidates.

Raising public awareness is one thing. Actually persuading people to vote for a candidate is another. This is where the effects of advertising become less clear.

Some experiments have found political advertising to have only a negligible impact. One large field experiment measured the effect of TV advertising during Rick Perry’s 2006 campaign to be elected Governor of Texas. The results were surprising. Although Perry gained a 5 percent lead in the polls in the markets where the ads were played, this lasted only a week.

Potentially, that’s because a lot of voters had already made up their minds about Perry. Over the years, political partisanship in the US has increased. According to the Pew Research Centre, the overall share of US citizens who consistently stick with their political views more than doubled between 1994 and 2014 from 10 percent to 21 percent. The prevalence of “ideological silos” makes it less likely that voters will change their mind because of an advertising campaign.

“Persuading through advertisement is harder, particularly if the customer has strong brand loyalty or already knows the product. By analogy, campaign spending is least likely to help during elections where there is already substantial media coverage and hardened public perceptions. Since the US presidential election is the most extensively covered election where party attachments are the strongest, it is exactly the kind of election where we should expect campaign spending to matter least,” said Libgober.

If advertising’s ability to persuade is so fraught, then it may be that large portions of campaigning budgets are being misspent. Indeed, some suggest that elections are a case study in diminishing returns. The closer the race becomes, the more donors are prepared to spend and the less impact their money has.

Reading the dollar signs
Money may not dictate who wins the election. But it can tell us something about who is most likely to win.

Sometimes the number of donations indicates which candidate the wider population believes is strongest. “In elections at all levels, strong candidates typically attract more funding than weak candidates, so it is almost inevitable that there appears to be a relationship between campaign spending and winning,” said Libgober. “So maybe it isn’t that the candidate that spends the most typically wins because they spend the most, but rather that the candidate with the greatest electoral strengths tends to win and also spends the most.”

We can also get a sense of the probable winner by looking at how many small-donors have contributed to their campaign. Small-donors are very likely to vote, so the number that a campaign attracts is a useful gauge for a candidate’s popularity with voters. According to the Centre for Responsive Politics, Trump has raised almost $100m more than Biden from such voters.

So following the money can give us an indication of which way voters are leaning. As for whether the amount spent in the campaign will actually affect the election result, Libgober is doubtful.

“Of course, in a razor-thin election such as 2000 or 2016, even small differences can prove pivotal. At this point the polling does not suggest a razor-thin election outcome [for Trump versus Biden], although that could change. I suspect that the performance of the economy and the stock market, the direction of the pandemic, and issues around ballot access are more likely to matter than anything the campaigns do themselves,” said Libgober.

All things considered, campaign spending appears to be most effective when a candidate needs to improve their name recognition. After this, the impact of all that advertising spending becomes much harder to evaluate.

This raises questions that have a bearing not just on campaign officials, but for wider society as well. For example, if the effect that advertising spending can have on political outcomes is limited, then this may cast doubt on the influence of digital advertising behemoths like Facebook, which has come under such intense scrutiny for their relatively unregulated approach to hosting political ads.

Even so, there’s no denying that money can distort the political process. It’s important therefore that the public knows where campaign finances are coming from. Ever since Citizens United – a 2010 case in which the Supreme Court decided that campaigns could receive unlimited amounts from companies and individuals – many have been concerned about the level of influence that rich individuals and corporations can have on the election’s outcome. Alarmingly, ‘dark money’ – undisclosed donations – has been on the rise. While the effectiveness of a lot of campaign spending is unclear, more regulation and transparency around where these funds come from would surely benefit the political process.