The Gigawatt natural gas power plant project marks a significant development for Mozambique, as the country looks to become a major exporter of power 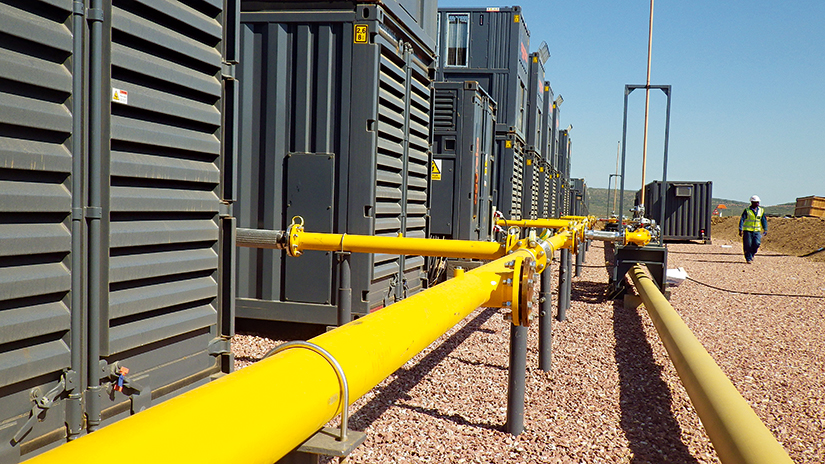 The financial close of the first gas-fired power station in Mozambique on May 30, 2014 marked the beginning of a new era for the country, as it took its first steps towards gas-to-power beneficiation and becoming a major energy player in southern Africa. The fact that this project is also Mozambique’s first IPP makes it even more significant. After a lengthy development period, construction on the $210m project commenced on the same day as financial closing.

Mozambique achieved its independence from Portugal in 1975, and after an extended period of civil war, peace came in 1992. Since then, the country has held four peaceful elections, and has strong political and economic ties with its neighbouring South Africa as a member of the Southern African Development Community (SADC). Economic growth and the development of large projects in mining, oil and gas infrastructure are key driving forces behind increased electricity demand in Mozambique.

At the same time, there is a shortage of energy supply in the Southern African region, which has created an opportunity for Mozambique to not only increase power generation for domestic consumption but also export to a power hungry region. Blessed with a wealth of natural resources, including coal, gas and hydrocarbons, the country’s potential energy generation could reach up to 16GW over the next decade; a huge step up from its current energy demand of 700MW per annum.

Economic growth and the development of large projects in mining, oil and gas infrastructure are key driving forces behind increased electricity demand in Mozambique

Generating capital
The figures highlight Mozambique’s potential to become a significant exporter of power to the region, though the key question is whether this will materialise and, if so, when.
The closing of the Gigawatt project is a clear indication of the government’s intent to develop power generation in Mozambique and to see the beneficiation of its natural resources take place locally.

However, the challenge of attracting investment to facilitate the country’s energy needs will depend on the ability of various stakeholders to overcome enormous challenges and to implement and fund the projects in the pipeline. The challenges of financing these projects include the country’s ability to attract capital (domestic and foreign), a lack of liquidity in the domestic banking system, political stability and the financial sustainability of the state and state-owned enterprises like, such as Electricidade de Moçambique.

It should be said that the success of the country’s energy generation is very much a necessity and, as such, various countries, including South Africa, Namibia, Botswana and Zimbabwe have a vested interest in seeing mega power generation projects come to fruition in Mozambique. None of the challenges for the energy sector are insurmountable, and with the collective effort of all the stakeholders in the region it is entirely possible that the country could become a power generation giant in southern Africa.

The gas fired power station is the first in the country to achieve financial close by an independent power producer and the largest project financing in the country’s power sector to date – which are two major achievements to be celebrated. Located in the Gigawatt Power Park at Ressano Garcia in Mozambique, the power station is close to the main transmission line that connects South Africa with Mozambique.

The project was developed by a local Mozambique company, Gigawatt, which holds a gas power generation concession from the country’s government that has been sub-conceded since 2012, for temporary power to Mozambique, South Africa and Namibia. Eaglestone Capital Advisory acted as a financial adviser to Gigawatt, Bowman Gilfillan was a legal adviser, and Worley Parsons and PB Power acted as technical advisers, with AON providing insurance advice.

Construction of the facility will be undertaken by a consortium consisting of South Africa-based WBHO and international Parsons Brinkerhoff. A joint venture between TSK Electrónica y Electricidad and Energy Experts Now will provide O&M services to the project.

The project is a significant step forwards in the supply of cheap and clean energy to homes and industry’s in Mozambique, and, on completion in Q4 2015, the project will provide more than 850 million kwh of energy to Mozambique per annum. Gigawatt has signed a long-term power purchase agreement (PPA) with Mozambique’s state power company, Electricidade de Moçambique, which will purchase all of the power from the project for a 15-year period.

The gas supply for the project will be provided by the Matola Gas Company under a long-term gas supply agreement. The gas will originate from the Panda Temani gas fields and is being transported through the 865km-long, 26-inch diameter Republic of Mozambique Pipeline Investment Company (Rompco) gas pipeline, running from the Panda Temani gas to gas fields in Mozambique and Sasol’s plant in Secunda, South Africa. Gas is already flowing to a temporary 240MW gas fired power station that has secured short-term power supply contracts with South Africa, Namibia and EDM. And once the permanent 100MW power station is operational the current 240MW temporary plant will be de-commissioned. Sharing the cost
The pioneering spirit of the Southern African project finance market can be seen through the financing of the Gigawatt project, and at $210m it represents one of the largest project financings in Mozambique. The financial structure of the project, with a net gearing ratio of 80 percent, is aggressively geared in line with international experience and the security structure underpinning the PPA and Concession. Mozambique’s government, through signature of the concession contract, provides a level of support for EDM’s financial obligations under the PPA, delivering a typical IPP limited recourse project finance structure.

The funding structure for the project is made of $40m in equity, $159m in senior loan funding and $11m in sub-debt funding. The total $170m debt requirement on the project was taken on by Standard Bank with the intention of selling down a portion of its exposure after the deal had closed. The senior loan funding was structured with a door-to-door tenor of 12 years, utilising a sculpted capital redemption profile. Standard Bank acted as the lead arranger and underwriter on the debt financing, meeting all sub-debt requirements, and was appointed as the primary account bank for Gigawatt.

The $40m of equity required for the project was provided by a consortium of Mozambique shareholders made up of Gigajoule Power (Pty), Old Mutual Life Assurance Company (South Africa) and WBHO Construction (Pty).

The shareholding structure shows strong domestic shareholder participation, which is an important imperative when doing business in Mozambique, and both the debt and equity will benefit from long-term political risk insurance.

Mozambique’s government has shown its commitment to the development of the energy sector in the country and, most importantly, the beneficiation of its gas resources locally to deliver economic growth to the national economy. The government has also taken pains to make clear that the country’s natural resources will be exploited with the intention of benefitting local people. With 160TCF, the country has the fourth largest gas reserves globally and its prospects for coal fired power are also strong, with three large coal deposits at Moatize-Minjova, Senangoe and Mucanha-Vuzi in the Tete province and total coal reserves estimated to number at approximately three billion tonnes.

Rich in gas and coal resources and with over $12bn of projects in the development pipeline, there is no reason why the government of Mozambique will not achieve its 20 percent electrification target by 2020. One would expect that with the correct resolve, this target will be easily exceeded, and the country will also be able to increase its power exports to its regional neighbours in the Southern African Power Pool.

The success of Gigawatt could herald the beginning of a whole new era for the gas sector in Mozambique, with over 200MWs of projects in the wings of Gigawatt’s closing. This initial market activity in Mozambique should attract the attention of international power companies, especially where other more mature markets are not delivering attractive growth opportunities to deploy capital and/or skills.

Taking into account the country’s risk profile and the challenges faced by the energy sector in the region it will require a regional perspective, a pioneering spirit and patience. However, those who are able to stay the course will likely be richly rewarded when its energy sector takes off.

When the renewable energy sector in South Africa opened up in 2011, there were more questions than answers from the international community, and still the debate continues around long-term sustainability and the risk/reward trade-off in the South African renewable energy market.

Maybe it will be different for Mozambique, but only time will tell. In the meantime, projects such as the Gigawatt plant should give major industry names cause for confidence.