Africa’s weak infrastructure is limiting the potential of its agriculture industries. Something has to change if it is to feed its growing population, and foreign investment could be part of the solution 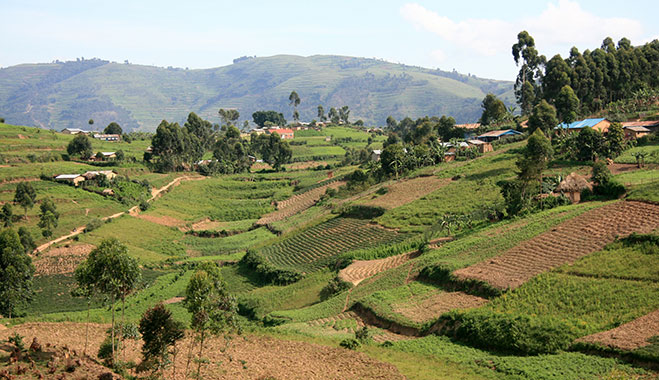 The Food and Agriculture Organisation of the United Nations (FAO) estimates that over $80bn per year will be needed if the world’s growing population is to feed itself adequately by 2050, when it is set to reach nine billion. In some areas, this need will be felt more profoundly than in others – not least of which in Africa, where a number of nations are experiencing faster-than-average population growth. That growth, allied with the fact that many African countries have underdeveloped agricultural infrastructures – even following past attempts to reform them – suggests that, without the proper investment, there may be tough times ahead.

But the importance of agriculture in Africa doesn’t stop at the basic need for sustenance (which is obviously the primary concern) – it also forms the basis of a great many economies in the region. For instance, according to the CIA World Factbook, Zambia is the 13th-fastest growing country in the world in terms of population, but World Bank figures suggest it is also one of the poorest – in 2010, 74.5 percent of the population earned less than $1.25 a day (2005 prices).

Over 80 percent of the working population is employed in agriculture. The GDPs of Sub-Saharan nations like Zambia have always had a strong correlation to the agriculture industry because of the degree to which that industry dominates their economies. So by investing in agriculture, foreign nations and companies have it in their power to help lift Africa out of both poverty and starvation. Surely there can be no more pressing concern than that.

Strength in unity
The African Union (AU) – an organisation established in 1999 to help guide Africa to prosperity – has declared 2014 the ‘year of agriculture’ in Africa, highlighting the 10-year anniversary of the Comprehensive Africa Agriculture Development Programme (CAADP). The CAADP’s intention – originally stated in 2003 – is for agriculture growth rates across Africa to reach six percent by 2015. It’s an ambitious target, and one that some nations have already reached. Ironically enough, Zambia, which appears to be in the direst of straits, is one of the nations that has surpassed the target – suggesting that the government is doing what it can to spur growth in the sector.

Which is all well and good, but African nations need to work together, and with foreign investors, to really lift the sector out of its current underdeveloped state. Much of the potential wealth of Africa’s farming industry lies with smallholder farmers – local people running farms on a fairly small scale, to feed either themselves and their families, or perhaps a small local community.

Figures for foreign investment flows show Africa lagging worryingly behind Asia and Latin America, despite the fact that all three areas began at a roughly similar level

Smallholder farmers tend to be underequipped compared to commercial-scale farmers, understandably, and often aren’t run as businesses in any sense of the word – subsistence being the primary goal. They may be small in scale individually, but collectively smallholdings make up huge percentages of the agricultural output in a lot of African countries, even if that output is perhaps not the most efficient way of tapping into the land’s potential.

According to This is Africa, smallholder farmers provide up to 80 percent of the food produced in Sub-Saharan Africa – the question is how to tap into that resource base in a way that allows countries to grow and make profit. Speaking to This is Africa, Larry Attipoe, a value chain specialist at SNV Netherlands, suggested that non-governmental organisations (NGOs) could be the key: “NGOs are well placed to try out new approaches and experiment and when their initiatives work they can be taken up by the private sector.”

Whatever method is ultimately used to fold smallholders into the evolving food production chain in Africa, it must keep them in the chain and not steamroll them with outside investment. The latter should be a boost, but not the sole driver of change. It isn’t good enough for foreign companies (or indeed the large corporations based in Africa itself) and governments to simply ‘land grab’ Africa’s agriculture sector – the sector is so crucial to the local workforces that to get in the way of its employees would fail to address the fundamental issues.

As well as backing smallholders and integrating them with big business, Africa also needs more large-scale farms. Harvesting crops on a large scale brings down the cost of food, which would help the continent’s poorest communities. But in order to do that, infrastructure must be improved to allow for the safe and speedy transport of goods. Although Africa has abundant arable land and a large number of farm labourers, it doesn’t have the transport links to wider markets that it needs to expand the sector. Roads, ports, railways and the like are in many cases not up to the standards required to provide for the mass transportation of goods.

There have been failed attempts to rejuvenate the African agriculture sector in the past, where short-term (or short-sighted) solutions failed to produce the kind of lasting change that was required. The AU is clearly hoping that 2014 will mark the point when a well thought out and long-term plan was set in motion. Decisions taken now will affect generations of Africans, after all.

Feeding an investment landscape
The wariness of foreign investors to approach African agriculture is something of a catch-22 situation: the infrastructure isn’t good, so immediate profits will be limited, but without investment, the infrastructure will struggle to improve. This is part of the purpose of the CAADP – to encourage African governments to invest in their own agriculture sectors in order to bring them to a point where foreign businesses will see them as attractive investment prospects. Figures for foreign investment flows show Africa lagging worryingly behind Asia and Latin America (see Fig. 1), despite the fact that all three areas began at a roughly similar level. Much of the foreign direct investment in Africa, which is already low, is aimed at industries other than agriculture, too, leaving growth in the hands of governments and the private sector. That wouldn’t be such a problem if governments didn’t have equally pressing sectors such as healthcare and education to worry about. Under the CAADP agreement, African governments pledged to spend 10 percent of their national budgets on agriculture – a figure that hasn’t always been met.

Equity financing from abroad seems to be on the rise in the African agriculture sector – a fairly recent development that could help things improve – and the prevalence of bank investment and private funds is also increasing. At present, any new ways of bringing capital into a severely undernourished sector – provided they are considerate of the countries they operate in – are welcome; corporations buying up plots of land in Africa on the cheap and sitting on them until they decide what to do with them, is not.

Because of the increase in population size, and the profound effect it is likely to have in Africa, it’s important that the relevant infrastructure is put in place as soon as possible – not just for the continuation of a thriving agriculture sector, but also because research conducted by the World Bank suggests that, after rising to a peak in the coming decades, the number of people entering the rural labour market in Sub-Saharan Africa will actually begin to diminish. Indeed, although the numbers of agricultural workers in Africa is large, as a percentage of the overall workforce the numbers have been on a downward trend for a long time (see Fig. 2). Urban labour markets, and tertiary services, will likely take the place of farm labour. In the long-term, this will probably be a positive thing for Africa, provided it can get its agriculture sector in order. If the number of people entering the agriculture sector is to shrink, then African nations must ensure that the right structures are in place to be able to cope. After all, the number of farmers may well decrease, but the number of mouths to feed is certain to go the opposite way.

If the agriculture sector can reform and reach a point at which it can govern and look after itself – while sustaining growth – then the other burgeoning sectors of Sub-Saharan Africa (such as energy and natural resources) can be allowed to develop. Once the problem of infrastructure is solved, then investment will pick up and the continent should be able to build up a head of steam – hopefully sending it into a positive spiral of regeneration and growth for decades to come. Africa has been waiting for its agricultural revolution for a long time – perhaps now the need is pressing enough for the right people to make it happen.