Cyprus makes name for itself as attractive investor destination 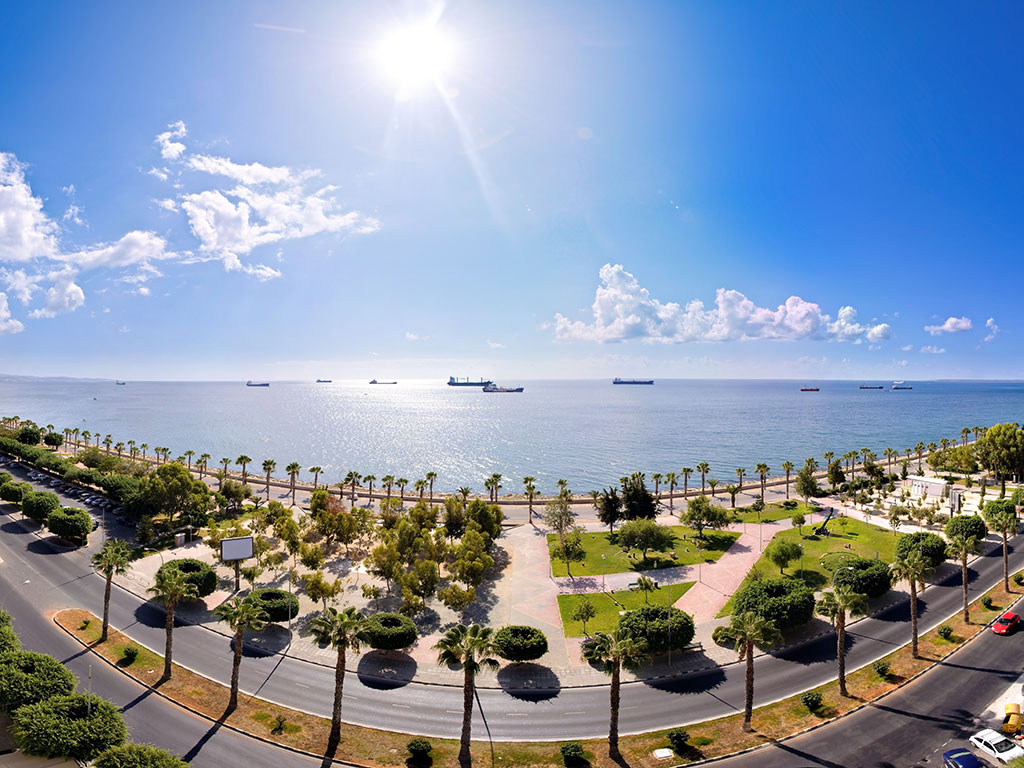 Limassol’s promenade on the southern coast of Cyprus. The city is a major sea port and vital for the country’s economy
Europe

Already an accommodating climate for international businesses seeking a European base of operations, policymakers in Cyprus are not content to rest on their laurels and have opted instead to improve and expand upon opportunities that lie ahead. Ranked 39th of 189 economies in the World Bank’s Doing Business 2014 report, and 16th out of the EU28, Cyprus enjoys a proven reputation as an international centre of excellence and boasts the necessary expertise to support key drivers of both the national and regional economy.

A member of the EU since 2004 and the eurozone since 2008, Cyprus has swiftly made a name for itself as a major trading hub and a choice destination for international businesses and investors looking for opportunities in Europe. Strategically situated at the crossroads of Europe, Asia and Africa, the small yet dynamic island nation has a rich and sophisticated business culture, with access to more than 500 million EU citizens.

The country also remains one of the region’s most attractive FDI destinations, and although the appetite for investment has been affected by the economic downturn in recent years, the government has taken measures to restore enthusiasm among investors and boost the country’s economic credentials. Seeing recent global and domestic challenges not as hurdles, but as opportunities to reassess and refocus on core and emerging strengths, Cyprus has come to be seen as a key constituent of the European recovery and an example of what can be achieved with a new model in place.

Increasing competitiveness
The measures that have been already announced include favourable tax incentives for existing or new companies doing business in Cyprus, fast-tracking of permits for large projects and tackling bureaucracy. These are expected to positively supplement efforts to increase Cyprus’ competitiveness and create a more effective and business-friendly environment. Cyprus is a highly competitive centre for international businesses, offering a platform for operations and a preferential access to markets like Europe, Russia, China, India and Asia.

The country’s established sectors, such as tourism, professional services and shipping, are playing a key role in driving economic growth. What is perhaps more important, however, is that the island goes further still in redesigning its economic strategy, by developing additional business sectors with high-added-value and rich investment potential – such as telecommunications, renewable energy, alternative tourism, health, innovation and technology.

The emergence of the hydrocarbons sector, therefore, is an important development for the country, in that it signals a more diverse future for the Cypriot economy and a surge in investment interest. By developing newfound natural gas deposits in the country’s exclusive economic zone, Cyprus hopes soon to cement its status as a major distribution hub in the eastern Mediterranean by capitalising on its sizeable reserves, strategic location and accommodating energy policy.

Cyprus is a highly competitive centre for international businesses, offering a platform for operations and a preferential access to markets like Europe, Russia, China, India and Asia

With a highly educated workforce and a burgeoning investment climate, Cyprus’ diversified; open-market economy offers a host of opportunities for individuals and organisations choosing to reside there. For one, the country’s EU and OECD-approved tax system offers one of the lowest corporate tax rates in Europe at 12.5 percent, and the country’s individual tax rate, at between five and 35 percent, is among the continent’s most competitive, again underlining Cyprus’ accommodating business climate.

Closely in keeping with the island’s tax advantages is a highly successful professional services sector, founded on the country’s well-educated and multi-lingual workforce. Owing to years of impressive performance in the field, Cyprus has cemented its status as a leading provider of accounting, auditing, management consultancy, taxation, financial advisory, administration and legal services in the continent. Notably, the Institute of Chartered Accountants in England and Wales, and the Chartered Institute of Management Accountants, have chosen Cyprus as the first country in the world to train UK Chartered and CIMA accountants outside the UK, as well as to organise the training of UK Certified Accountants on the island.

Untapped potential
The country’s untapped potential also extends to financial services, given that the island stands at the gateway between European and MENA financial markets. The sector consists of a number of insurance and financial intermediation companies specialised in various fields such as investment funds, international trusts and fiduciary, as well as companies offering advisory services and their expertise in special-license businesses. Cyprus is fast becoming one of Europe’s foremost investment centres, with an accommodating legislative and regulatory environment to suit all manner of investment firms.

Aware of the nation’s burgeoning investment climate and increasing attractiveness for businesses, policymakers have stepped in to boost the country’s prospects further still. By accelerating a number of reforms and creating a pro-business environment for individuals and organisations, the level of FDI looks certain to rise in the years ahead.

In an increasingly globalised economy, companies and individuals are tirelessly seeking a base that might allow them vital edge over their competition. And as Cyprus continues to foster what strengths exist already and explore new and untapped opportunities, few can ignore the emergence of the country as a huge investment hub and a fertile business environment.