Thai investment down the plughole as conflict ensues

Political conflict in Thailand has seriously harmed the country’s economic prospects, with foreign investment rapidly drying up. It is estimated that projects worth as much as $15bn have halted due to the political situation 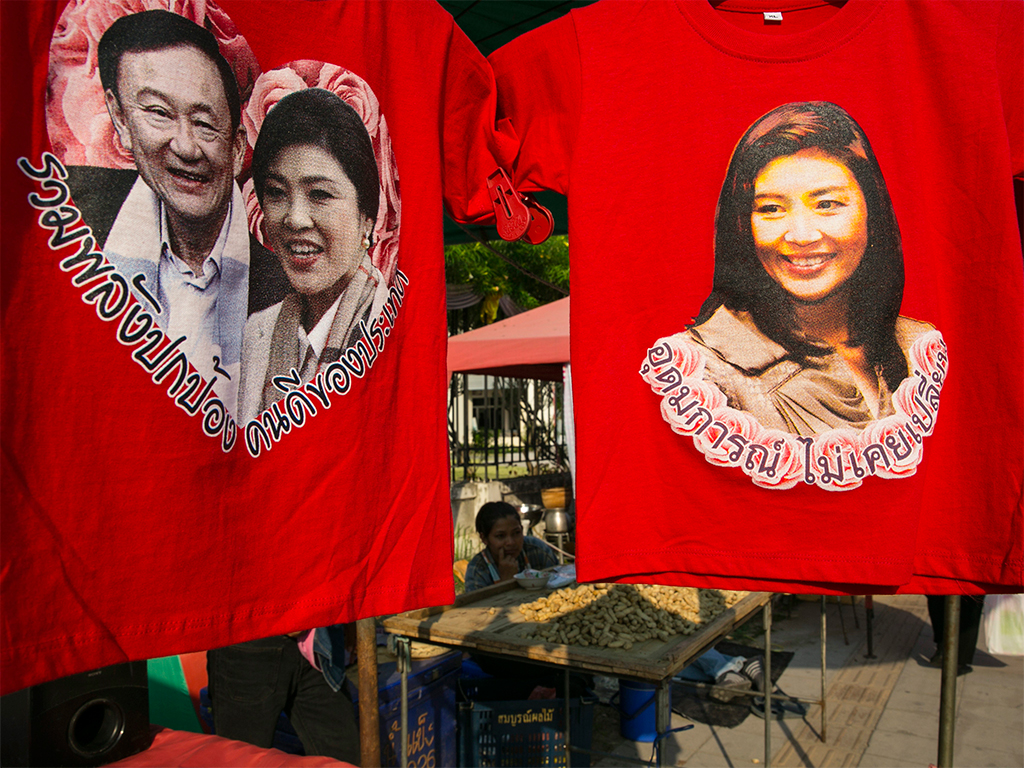 The smiles before the storm: t-shirts of Thailand's current and former prime ministers, Yingluck Shinawatra and Thaksin Shinawatra, respectively. Thailand's political conflicts have greatly damaged foreign investment in the country, leaving many concerned for the future ahead
Asia & Australasia | Inward Investment

The seemingly continuous political turmoil in Thailand is seriously harming the country’s ability to attract foreign investment into a series of major projects. In particular, investors from Japan have begun to look elsewhere, as protests against the current regime become increasingly vocal.

While Thailand has never enjoyed a particularly stable political landscape, the last few months of standoffs between Prime Minister Yingluck Shinawatra and opposition protestors has led to many investors deciding they’ve had enough. The country has seen nine coups since 1946, with recent years seeing increasing unrest. Former Prime Minister Thaksin Shinawatra, the brother of the current PM, has been in exile since being overthrown by a military coup in 2006 after abusing his position over the purchase of land.

In January it was announced that foreign investors had withdrawn as much as $3bn from Thai stocks since last October, Japanese businesses particular turning their backs on the country. Japan’s ambassador to Thailand, Shigekazu Sato, said in December that that his country was increasingly concerned about the situation. “As the largest foreign investor in the country with a big Japanese community living here, we wish for all parties concerned to resolve the conflicts in a peaceful and democratic manner within the framework of the constitution.”

Projects worth as much as $15bn have now been halted in the country as a result of the political situation. The standoff between the government and protestors has reportedly prevented Thailand’s Board of Investment from meeting for a number of months, leading to investors withdrawing their money from as many as 400 projects, many of which are much needed improvements to infrastructure.

Instead, nearby countries like Indonesia are seeing an influx of investment. According to Sucorinvest Asset Management fund manager Jemmy Paul, this is especially evident with Japanese businesses that have operations in Thailand. “We have already heard that some investors are considering moving their business to Indonesia from Thailand,” he told Bloomberg.

The need to end the situation is becoming even starker, with the affect of the protests spreading beyond Bangkok and into the manufacturing bases across the country. Setsuo Iuchi, the South and Southeast Asia representative of Japan’s investment agency Asia for Jetro, told the Financial Times the economy would slow even further unless the crisis is brought to an end. “Before, this kind of situation didn’t affect investment because it was short and only in Bangkok. But the growth rate and pace of investment will be affected if the situation is prolonged.”