A fossil-free future for Saudi Arabia

As the world slowly attempts to wean itself off near-exhausted oil supplies, the passage to the new energy future will prove arduous for Earth’s largest producer of the commodity 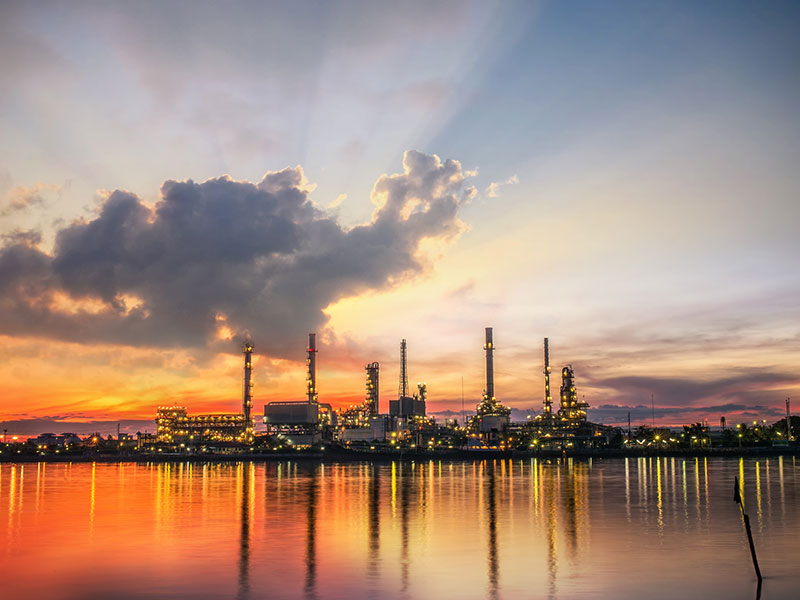 An oil refinery in Saudi Arabia. The Gulf state must diversify its economy away from a reliance on oil if it hopes to survive once supplies run out
Energy | Markets
Author: Rachel Connolly

The end is nigh for oil, and while countries and businesses worldwide will undoubtedly struggle to adjust to a fossil-fuel-free future, the transition is set to be particularly painful for the world’s biggest producer of black gold. Oil is the foundation of the vast wealth possessed by the Kingdom of Saudi Arabia, and as resources deplete, the economy threatens to deteriorate and bring social stability down with it.

Add to this the stark consequences of fossil-fuel-driven temperature increases and, for a country that already endures one of the world’s hottest climates, the ugly side of Saudi Arabia’s relationship with oil becomes clear.

Saudi Arabia must therefore divest from oil, and fast. Ruling King Salman’s recent decision to appoint his son Mohammed bin Salman as heir – sidestepping his nephew Crown Prince Mohammed bin Nayef in the process – underlines the urgency of this task. Mohammed bin Salman had previously been charged with negotiating Saudi Arabia’s divorce from oil; his new role as successor bequeaths him unprecedented power to accelerate this task.

Depleting supplies
It is now widely accepted that the carbon emitted when fossil fuels are burned causes global temperatures to rise. The sad irony of this is that some of the most severe effects of hotter climates will be felt in the Middle Eastern countries, many of which contribute most heavily to oil production in the first place.

Saudi Arabia has around 70 more years of oil left to export. That’s one generation-worth on an optimistic estimate

In an interview with World Finance, Dr Mohamed Raouf, a senior researcher at the Gulf Research Centre, explained how Saudi Arabia in particular faces grave challenges due to the effects of climate change, such as “desertification, biodiversity loss, water scarcity and sea level rise, and extreme heat waves throughout the country”.

Nonetheless, even if fossil fuels had zero effect on the environment, supplies are still running out. It takes the planet millions of years to compress animal remains and plant debris into energy-dense oil; this is clearly much slower than the rate at which humans consume it. To this effect, economies around the world do not have a choice over the extent to which they will rely on oil in future – it simply won’t be there to rely on.

In Saudi Arabia, official government figures reported in OPEC’s 2016 Annual Statistical Bulletin state the country has proven oil reserves of 266 billion barrels. This figure has remained generally constant since the 1980s, despite the country exporting large quantities of oil throughout this period. However, assuming the reported proven rate is accurate and the supply rate remains at its current level of 10.2 million barrels a day, Saudi Arabia has around 70 more years of oil left to export. That’s one generation-worth on an optimistic estimate.

New sources of energy
As a hugely wealthy country whose citizens are accustomed to high living standards, Saudi Arabia is very attuned to the need to diversify its economy. Crown Prince Mohammed bin Salman’s radical change in direction for the kingdom’s Public Investment Fund (PIF), one of the world’s largest sovereign wealth reserves, is central to this.

Reconfiguring the economy so that Saudi Arabia can support itself without relying on oil exports is crucial to the country’s survival. Raouf explained: “The Kingdom of Saudi Arabia will face a progressively uncertain future if it doesn’t manage to diversify its economy.”

The real danger for Saudi Arabia’s economy may not take place for several years but, as Raouf pointed out, it is palpable even in the medium term: the Paris Agreement, according to Raouf, “incentivises increasingly ambitious climate targets, and while history tells us the progress of international climate negotiations is slow, there is a pretty good chance the shift [away from oil] may happen within 15 years”.

An apparent shift in global sentiment suggests he may be right. President Donald Trump’s decision to pull the US from the Paris Agreement was, in the context of the world’s historic treatment of climate change, not particularly surprising: short-termism over the cost of not implementing climate solutions, compared with the cost of making decisions that are unpopular with voters, has seen many governments miss emissions targets and push forward deadlines for change. What was surprising, however, was the resolve of other signatories to uphold the agreement despite Trump’s decision. This may be the moment noted in history as when the tides turned on governments’ responses to climate change.

Meanwhile, the welfare state that is currently the backbone of Saudi Arabia is “not sustainable at all if the country continues to depend heavily on oil industry and exports”, according to Raouf.

Without question, Saudi Arabia has no choice but to move away from oil in order to preserve its wealth. However, Raouf stressed that the country is choosing to focus investment on creating a socially, as well as financially, rich future: “Diversification also aims for economic and social benefits like job creation, a greener economy and sustaining the same high quality of life which is key for the country’s stability.”

A changing environment
The link between fossil fuels and global warming has been publicised since the 1950s, but only very recently have governments begun to take the threat of a warming planet seriously. The historically unenthusiastic policy response to global warming is understandable: in the same way that people in their 20s find it difficult to put money aside for a very disconnected 70-year-old self’s pension, the hotter, wetter and more chaotic world that fossil fuels will create has long seemed part of a very distant, sci-fi future.

However, this is no longer the case. Extreme weather events are increasingly common, sea levels are noticeably rising, and the effects of food shortages and unliveable climates no longer loom four generations in the future, but rather one or two.

Much of the Middle East is already so hot it is barely habitable; several degrees temperature increase is a big difference in a desert. A 2015 paper written by MIT climate change scientists and published in Nature magazine found that rising levels of humidity are expected to make huge swathes of the Gulf region, including Saudi Arabia, uninhabitable by the end of the century.

One of the most troubling features of environmental change for Saudi Arabia concerns the scarcity of another precious fluid: water. Raouf pointed out that the country is not prepared for an impending shortage: “There are some things to try, such as changes to infrastructure, and potentially a mix of fines and incentives to ration consumption, but the whole solution is not clear.”

In evidence of social stability’s vulnerability to climate change, droughts, food shortages and increased competition for land have already resulted in dramatic political upheaval in the Middle East. It is clear that, if unaccounted for, the worsening natural climate will create as many social problems as the changing economic one.

Shifting investments
One solution that Saudi Arabia is pursuing to counteract the decreasing value of oil and to step back from the country’s continued reliance on the commodity is through the PIF. The government seeks to grow the PIF into the world’s largest sovereign wealth fund and use it as a vessel to finance the country’s future, by backing foreign construction projects and technology start-ups with potentially sizeable profits.

In November last year, the Saudi Press Agency announced a $27bn transfer from official reserves to the PIF, which boosted the fund’s wealth by about 17 percent. In a further sign of the country’s departure from oil reliance, the kingdom hopes to provide additional capital through money raised from a planned IPO listing of the state-owned Saudi Aramco. An expected $100bn earned from a five percent stake sale of the company will be funnelled straight into the PIF.

A large part of the fund’s focus will be on foreign investments, notably those in the US. This will mark a significant shift from how the PIF has previously operated – mostly as a tool to finance Saudi Arabian infrastructure projects. Currently, just five percent of the fund is dedicated to foreign business investment, in the next few years this is set to increase tenfold, with 50 percent allocated to foreign spending by 2020.

US tech companies stand to benefit from the new direction of the fund’s investment. Some of this will take place directly, such as the $3.5bn stake in Uber that the PIF secured last year. However, some of it will be through a venture capital fund called the Vision Fund.

The brainchild of SoftBank CEO Masayoshi Son, the Vision Fund was founded with the aim to raise $100bn investment capital and become the world’s largest venture capital fund. It is well on track to do so, and with a $45bn pledged investment, Saudi Arabia is the largest single investor. Using an investment team with substantial knowledge of scientific developments, the Vision Fund seeks to back companies advancing disruptive technologies to maximise investment profit. If it is successful, there will be a certain circularity in seeing Saudi Arabia’s lifeblood transform from the dying fuel of the last Industrial Revolution to the shiny new innovations powering the next one.

In May this year, Son announced that SoftBank would pledge 50 percent of its $100bn capital to fund US tech start-ups, making Saudi Arabia by proxy one of the largest investors in the US tech scene. Another boost to US industry came with the PIF’s decision to place $20bn with US asset management firm Blackstone. This makes Saudi Arabia the anchor in a $40bn infrastructure fund that will focus on upgrading US assets, in a significant boost to American manufacturing.

At the time of the Blackstone investment, Crown Prince Mohammad bin Salman said PIF backing “reflects optimistic views around the ambitious infrastructure projects being undertaken in the US”. This illuminates the new road Saudi Arabia’s diversification plans are taking, since previously money was mostly reserved for projects within the kingdom itself. Raouf highlighted that internationally focused investment is part of “the Kingdom of Saudi Arabia’s aims to be a key player in global politics and the economy, in line with economic diversification, by 2030”.

Oil is so deeply embedded in Saudi Arabia’s economy that there will be no clean split from dirty fossil fuels. However, these ambitious investments – particularly those within the technology sector – are an encouraging sign that the country is preparing for the road to a new, green world.