Gulfstream Aerospace is setting the standard for business aviation

There is evidence to suggest using a business aircraft enables a company to grow faster and create more jobs. The industry is expected to grow three to four percent between 2017 and 2027 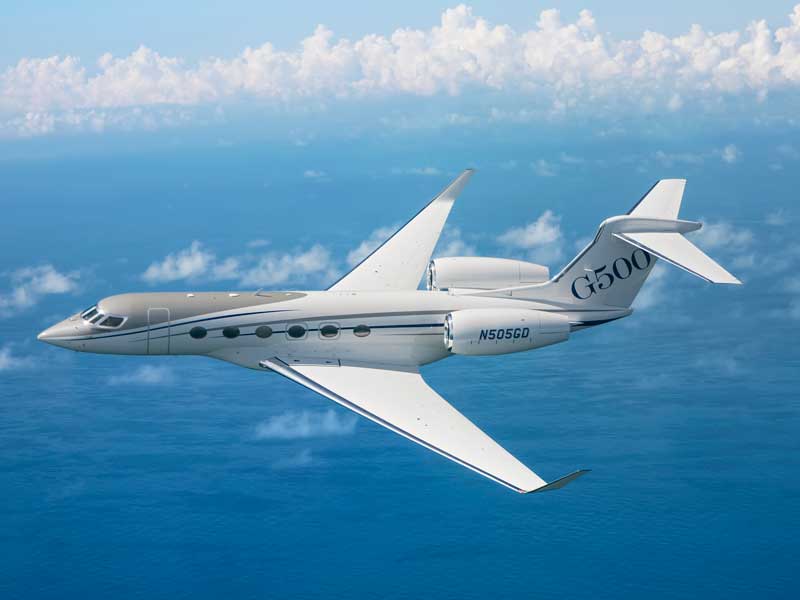 It is a practical reality that the demand for business aviation will continue to increase as the world’s economy becomes more interconnected.
Markets | Science and Technology
Author: Mark Burns, President at Gulfstream Aerospace

There is growing evidence supporting the notion that when companies use business aircraft, they tend to grow faster and create more jobs. As companies expand their businesses around the world, the need for efficient travel will grow in turn. Consequently, it is a practical reality that the demand for business aviation will continue to increase as the world’s economy becomes more interconnected. While the advantages of business aircraft are well known and understood in certain regions and industries, some are yet to appreciate the potential.

Whatever the market conditions, the enduring key to success is to listen carefully to consumers while creating products and services that embody quality, reliability and innovation

According to Honeywell’s latest business jet forecast, released in early October, a growth rate of three to four percent is expected from the period of 2017 through 2027. Honeywell projects that during that span there will be up to 8,300 business jet deliveries worth $249bn, and 61 percent of those deliveries will be to North American operators.

The ultramodern experience
As demand picks up for business aircraft, the industry is constantly moving forward with new technological advancements. When it comes to business travel, safety, flexibility, reliability and performance are always crucial. Our newest aircraft, the Gulfstream G500 and G600, are designed with this in mind, and are the latest examples of our long-standing tradition of ultramodern technology.

For one, they can double as an office in the sky, or even a media room, thanks to new high-speed communications and entertainment equipment. On top of this, both aircraft feature the Symmetry Flight Deck, which features several key innovations. For instance, the novel flight deck includes 10 touchscreens, which reduces the number of switches in the flight deck by up to 70 percent. State-of-the-art vision systems, including a third-generation enhanced vision system that boasts four times the resolution of its second-generation incarnation, are also present.

Perhaps most importantly, the Symmetry Flight Deck has received a huge amount of attention for the active control sidestick (ACS) technology it is equipped with. Indeed, the ACS earned Gulfstream, together with our partner BAE, the 2017 Technology Laureate Award from Aviation Week. The new feature increases safety by ensuring that any movement in the control stick by the flying pilot or autopilot can be seen and felt by the non-flying pilot through the stick on the opposite side of the flight deck. In doing so, it is able to greatly improve the situational awareness and coordination between crewmembers. The ACS also frees up room in front of the pilots, enhancing ease of movement in the flight deck.

Listening to you
During the 35 years that I have spent in the aviation industry, I have seen market conditions flip between ups and downs. But whatever the market conditions, the enduring key to success is to listen carefully to consumers while creating products and services that embody quality, reliability and innovation.

In March 2017, we flew ATCAT members in the first fully outfitted production G500, and the feedback during and after these flights was all extremely positive. Our customers told us that the combination of added flexibility in the cabin, comfortable new seat designs and the enhanced satellite communications all ensure that the G500 customer experience is second to none.

The sky’s the limit
At Gulfstream, it is important for us to create value for our customers by listening to what they want and ensuring we deliver it. With that in mind, all of our in-production aircraft entered service on time with capabilities that met or exceeded what we promised. The G650, for example, had 1,000 nautical miles more range than we promised (6,000 nautical miles vs 5,000). With the Gulfstream G550, we delivered the PlaneView flight deck with enhanced vision, which was a first for the industry. Similarly, with the G280, we delivered 200 nautical miles more range.

Keeping with tradition, we recently announced that our G500 and G600 will both deliver range beyond our initial projections as we proudly continue to exceed customer expectations.