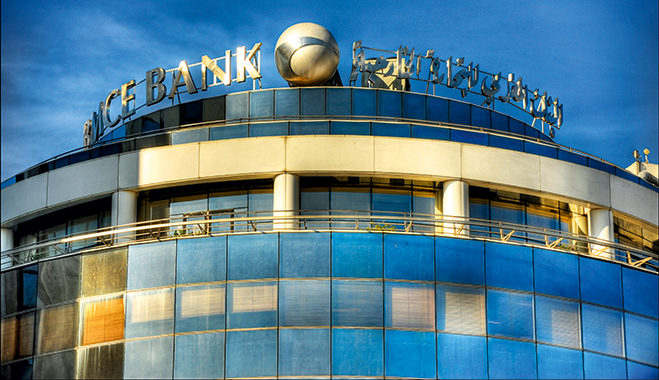 While there is uncertainty as to whether banks can be trusted once more on an international scale, Morocco’s banking sector fulfils its role as a responsible lender to the economy as well as funding the country’s various reforms and structural projects, providing support to large companies and SMEs.

A number of key indicators are testimony to the strong growth momentum seen over the past decade. Banks in Morocco have had total assets tripled while shareholders’ equity has quadrupled. Resources have grown by 123 percent and loans to the economy have risen by 225 percent over the same period. The country’s net banking income has doubled against a backdrop of improved risk management with the non-performing loan ratio declining by 14.2 percentage points.

Another indicator underlining the banking system’s commitment is the proportion of loans to the economy in the GDP, which is currently standing at 87 percent, having risen by more than 30 percentage points in just five years from 56 percent. The Moroccan banking system continues to demonstrate its strong fundamentals. In the first half of 2013, banking institutions listed on the Casablanca Stock Exchange saw their consolidated net income rise by six percent to $702m.

The source of growth
The search for profitability has not been undertaken at the expense of risk provisioning. In the first half of 2013, loan loss provisions rose by 16 percent to $380m. At the same time, the non-performing loan ratio of 5.4 percent in June 2013 is altogether manageable given Morocco’s economic potential. Similarly, banks have continued to expand their branch networks across the entire kingdom with more than 1,750 new branches being established. The percentage of citizens with a bank account currently stands at 55 percent versus 24 percent in 2002.

In 2014, there will be a greater demand for Moroccan products, resulting in a stronger export growth

Over the medium term, the future development of Morocco’s banking sector naturally lies in its expansion into other African countries. Already in 2012, the continent contributed almost 16 percent to the net income attributable to ordinary shareholders of Morocco’s three leading banks. The latter themselves account for two-thirds of the deposits and loans of Morocco’s banking system.

Another indicator of this solidity is the fact that Morocco’s central bank, Bank Al-Maghrib, has strongly encouraged credit institutions to implement the new international capital adequacy requirements under Basel III. The deadline for implementing measures that included raising the required level of shareholders’ equity and complying with short-term liquidity ratios was the second half of 2013.

In economic terms, the Kingdom of Morocco has benefited from the state’s ability to respond immediately to its need for inclusive and balanced social development. The political stability in Morocco – which is highly valued by the investment community in a region characterised by political upheaval – has underlined the country’s attractiveness. Initial data for 2013 suggests that Morocco is once again the leading recipient of foreign direct investment into North Africa.

For 2013, household final consumption expenditure was expected to rise by six percent, taking over from government spending due to budgetary constraints, while non-agricultural activities are likely to register, once recorded, an increase in added value of more than three percent. In 2014, there will be a greater demand for Moroccan products, resulting in a stronger export growth thanks in part to the eurozone’s recovery and sustained demand in emerging countries. This means non-agricultural growth should rebound by almost four percent.

Revising the Moroccan banking sector
One of the government’s longer-term objectives is to progressively reduce the budget deficit to below three percent of GDP by 2016. The country’s various sector plans should increasingly bear fruit and, in contributing to a reduction in the balance of payments deficit, further boost the Moroccan economy.

In 2014, additional measures are likely to be adopted and aimed at enhancing the ability of the Casablanca Finance City to attract and capture new foreign investment. This multi-sector investment hub will be a catalyst for the further development of Morocco’s capital markets.

The Kingdom of Morocco benefits from a rich political legacy, strong spiritual and cultural historical ties with Africa, and is a logical connection for entering the sub-Saharan African markets. With this in mind, BMCE Bank will continue to work towards delivering sustainable growth and creating value. In Morocco, by reorganising BMCE’s branch network through territorial divisions, its decision-making process will be decentralised in the interest of customers. The range of products and services will continue to be adapted to meet the specific needs of local customers and the bank will endeavour to provide banking services to as many citizens as possible.

The successful transaction of an international bond issued by a private sector Moroccan company further underlines BMCE’s international ambitions. Overseas expansion will result in the bank generating an increased share of its revenues from foreign currency sources and diverse geographical regions. BMCE’s expansion in Africa, through the Bank of Africa Group, will be central to its strategy in 2014. The long-term objective is to cover virtually the entire continent over the next 15 years.