Post-oil preparation on a global scale 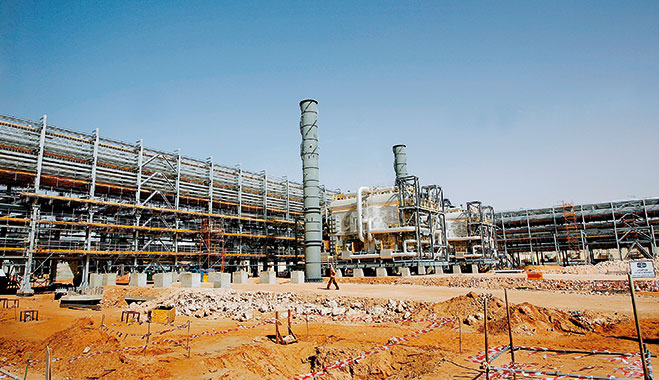 It was little over a year ago now that the market for SWFs was closing out yet another record performance, and TheCityUK figures for that year showed assets under management had grown 16 percent on the last. Despite falling commodities and – crucially – oil prices, 59 percent of SWFs kept their assets on an upward curve and very few withdrew assets. This, together with Scott Kalb’s assertion in May that the world’s 74 highest-ranking SWFs controlled $7.7trn in assets, is testament to their importance both as a source of capital and a precious means of averting financial collapse. Unfortunately oil’s slump in the months since has proven a bridge too far, and while most were spared the consequences for much of 2014, the same cannot be said for this past year.

“Like any large institutional investor, SWFs will be monitoring the knock-on effects low oil prices have on global financial markets”, said David Evans, Senior Writer and Editor for the Sovereign Wealth Center. “And oil-funded SWFs may also have to worry about cash-strapped governments raiding the till — that’s already happened in Russia. The Kuwait Investment Authority is reportedly looking to sell assets to cover the government’s budget deficit, while Norway and Alaska are preparing to withdraw more capital from their funds.”

The performance of SWFs is tied to that of oil, and it’s no coincidence those countries with the largest SWFs are likewise home to the largest fossil fuels reserves

Safety in numbers
For all but a few, the performance of SWFs is tied to that of oil, and it’s no coincidence those countries with the largest SWFs are likewise home to the largest fossil fuels reserves (see Fig. 1). Often posited as an effective instrument for the management and reduction of hydrocarbon volatility, oil nations have warmed to SWFs, safe in the knowledge that doing so might spare them some of the risks contained within.

Between 2011 and 2014, assets managed by SWFs grew, on average, 20 percent each year, riding on the coat tails of oil’s whirlwind success. The close ties to oil are unsurprising, given $4.3trn of the market’s $7.1trn in assets under management are dependent on revenues from oil and gas, according to the Sovereign Wealth Fund Institute. Of the approximately 70 SWFs in operation, more than half are funded directly by oil receipts.

Norway, Saudi Arabia, Kuwait and the UAE, for example, are home to four of the world’s five largest SWFs, and, not coincidentally, are also home to some of the most plentiful oil reserves. To take a brief look at Norway’s fund, more formally known as the Government Pension Fund Global, the pot – of over $900bn at its peak – has done much to head off volatility and keep the national economy on the straight and narrow.

Speaking about the fund’s aims and ambitions, Norges Bank Investment Management, which manages the Government Pension Fund Global on behalf of the Ministry of Finance, wrote: “One day the oil will run out, but the return on the fund will continue to benefit the Norwegian population”. As much could be seen when in 2014 the size of it made every one of Norway’s more than five million people a theoretical millionaire – in crowns at least. The government was clearly of the opinion that the fund’s growth would continue in much the same vein when it set out its expectations that same year that the fund would reach $1.1trn by 2020.

However, while the fund’s objectives make clear the pot is for future generations, unforeseen circumstances mean the country could begin to make withdrawals this year. Looking at August of last year, the fund racked up its biggest loss in four years, largely due to the downturn in China and the fallout from the VW scandal. In the third quarter the fund lost $32bn – 4.9 percent. While the losses are considerable, the threat from China and VW is considerably less than that posed by oil. A bright spell, in which the fund has expanded six-fold over the past decade, is about to come to an end.

Speaking in May, Norway’s government announced its non-oil budget deficit would reach a record NOK180.9bn ($20.6bn), and the country’s petroleum-derived income was close to 30 percent short of October predictions. Having chipped 13 percent off the national currency and caused tax revenue derived from petroleum extraction to slip 42 percent on the previous year, the oil slump is as much an issue for oil dependent Norway as it is for Saudi Arabia, Kuwait and other Gulf states.

“While not all sovereign wealth funds rely on oil sales for their inflows, some of the biggest or most high-profile SWFs are funded by hydrocarbons. A decline in oil prices means that there is less money available for governments to fund their SWFs”, said Selina Sy, Manager of Premium Publications at Preqin. “However, it is the stated aim of many SWFs to supplement government income when income from the sale of hydrocarbons declines, so we may see some of them fulfilling that function as governments seek to plug funding shortfalls.” Changed focus
Essentially, the situation means SWFs in the here and now must adapt to a climate wherein proceeds from oil are no longer guaranteed. Whereas income has been overflowing for countries like Norway in years passed, for as long as the price hovers in and around the $50 per barrel mark, this will likely not be so.

Speaking in an interview with MarketWatch, Massimiliano Castelli, Head of Strategy of Global Sovereign Markets at UBS Global Asset Management, said: “It is a new era.” SWFs “will have to adapt to this new environment and work harder to achieve the return expectations of their stakeholders”. Castelli added that, while the market has enjoyed a 20 percent rise in recent years, the rate could slow to around seven percent for the next five years, should the situation remain more or less unchanged. “On the whole, funds from oil-rich economies are likely to keep more of their capital in liquid assets so it’s readily accessible in emergencies”, added Evans. “Other, less risk-averse funds are likely to scour the markets for countercyclical investment opportunities.”

Whereas last year it looked as though SWFs were shifting their attention to focus on local economic development, the unexpected collapse of oil prices has dampened ambitions on this front, meaning the focus today rests with macroeconomic stabilisation as opposed to development. For Kuwait and Qatar, balancing the budget is out of the question with an oil price below $60 a barrel, whereas in Russia the break-even point is a worrying $107, according to Citi Research. The three must now dip into their SWFs.

Of course there are exceptions, notably New Zealand’s Superannuation Fund, which, as of the fiscal year ending June, reported a 14.6 percent growth in assets. This and a handful of others are proof enough that the market for SWFs need not resign to the decline in oil prices, and the market need only adjust its focus accordingly. This shift away from a reliance on fossil fuels could be seen – albeit to a lesser degree – last year, when investments such as real estate enjoyed an uptick in popularity.

“It is impossible to apply a single expectation to all sovereign wealth funds, as each ranks differently in the concerns of the respective states, and has different aims and sources of income”, said Sy. “Continued low commodities prices are likely to depress the rate of inflows to SWFs, and it may be that some enter a different stage of activity as they seek to rely more on developing their previous investments.”

Evans pointed out that “overall, however, SWFs tend to have well-diversified portfolios and most are self-sufficient (they don’t rely on oil revenue for their ongoing funding streams) so they won’t be unduly worried unless prices stay low for several years”.

While the shift in strategy last year was in keeping with a more domestically minded focus among the SWF community, the same strategy could be employed in the here and now to equally good effect, to ensure the fate of any SWF is not dictated by the whims of the energy market. Essentially, the advice for oil-based SWFs is the same as it is for oil nations in general: that a reliance on any one revenue stream is a weakness.