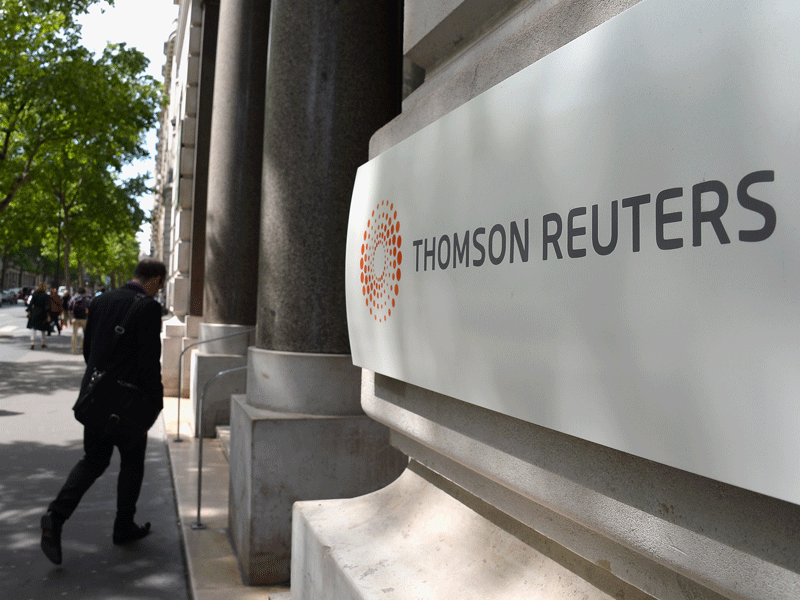 Thomson Reuters is the world’s leading provider of news and information. The company will still retain a 45 percent minority share in its F&R unit after its sale to Blackstone
Markets
Author: Sophie Perryer

Thomson Reuters has sold a majority stake in its Financial and Risk (F&R) division to the US-based private equity firm Blackstone Capital.

The deal, which closed on October 1, values the F&R unit at $20bn. The unit provides data and news to financial services professionals across the globe.

This represents a significant investment for Blackstone Capital, as it is the largest sum that the firm has paid out in a deal since the 2008 financial crisis

Thomson Reuters has sold a 55 percent stake of the business to Blackstone, retaining a 45 percent minority share. The division has been renamed Refinitiv, a term which combines the 160-year-old Reuters brand with the new business’ objective to enable ‘definitive action in financial markets’.

Refinitiv will be led by David Craig, who was the chief executive of the F&R division under Thomson Reuters.

Thomson Reuters was created in April 2008, when the Thomson Corporation, which had previously owned the Times and the Sunday Times newspapers, bought business broadcaster Reuters Corp. The company is the world’s leading provider of news and information, with a particular focus on financial, regulatory and legal data.

Thomson Reuters received $17bn in gross proceeds when the deal with Blackstone closed. It plans to return $10bn to shareholders under a buyback scheme launched in August this year. It will use the remaining capital to redeem $4bn of debt, while keeping $2bn on its balance sheet for future acquisitions and spending $1bn on expenses relating to the transaction.

Under the terms of the deal, Thomson Reuters Corp will maintain ownership of its Reuters News division. New company Refinitiv will pay an annual fee of $325m for the next 30 years to retain access to Reuters’ newswire service.

This acquisition represents a significant investment for Blackstone Capital, as it is the largest sum that the private equity firm has paid out in a deal since the 2008 financial crisis.

The deal will also serve to create a direct competitor for Bloomberg News in the US, which is run by former New York City mayor Michael Bloomberg. Bloomberg is currently the market-leading site for news, data and analytics for traders, bankers and investors, and until now, has had no direct viable competitor on US soil. Refinitiv is now set to fill that void.