Colorado leads the way for advanced industries in US

Colorado has become a cybersecurity and tech hotspot, pushing the industry beyond the limits of its Silicon Valley origins 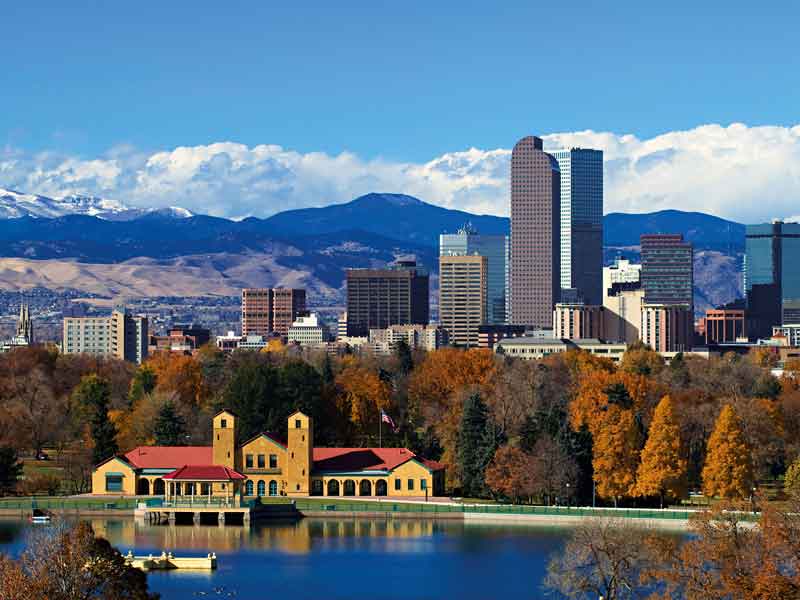 Not only are advanced industries (AIs) key drivers of the US economy, they are also the prime economic drivers for the state of Colorado. Comprising engineering and R&D-intensive companies, they deliver products and services in a wide range of markets, from aerospace to medical devices.

To ensure the progression of this vital aspect of Colorado’s economy, the AI Accelerator Programme was created in 2013. This initiative promotes growth and sustainability in these industries by driving innovation, commercialisation and public-private partnerships, while also increasing access to early-stage capital and creating a strong infrastructure that enhances the state’s capacity to be globally competitive.

Tech to market
As part of a statewide strategy to support these critical industries in their various phases of growth, four types of grants and two global business programmes have been made available. The four targeted grant types are proof of concept, early-stage capital and retention, infrastructure funding, and AI exports. A network of consultants and an export training programme are also available as part of the AI global business programme, to support these industries as they strive to reach worldwide markets.

“Colorado continues to set the standard for innovative programmes, which in turn accelerate key and growing industries in our economy,” said Stephanie Copeland, Executive Director of the Colorado Office of Economic Development and International Trade. “It’s exciting to see this programme working to bring pioneering ideas, from concept to development, to the global marketplace.”

Since the programme’s inception in 2013, approximately $49m has been granted from the AI fund. To date, the programme has created more than 490 new jobs, while also ensuring that some 590 jobs were retained. Additionally, the programme’s funds have helped companies acquire over $200m in grants and investments in order to further commercialise their advanced technologies.

“Colorado is a leader in innovation and business start-ups,” said Copeland. “The AI Accelerator Programme is a key initiative in encouraging such activity within the state, and we’re thrilled to fund so many innovative organisations.”

The programme helps to promote Colorado’s innovative business ecosystem, while also ensuring that the state’s innovators can compete in the global economy. Colorado’s technology industry is a sizeable and diverse economic sector; it has an inspirational and productive base that underpins the industry’s growth in a sustainable manner, much like the relationship between the state’s rocky granite peaks and fertile plains.

Talent pool
Colorado has the third-highest concentration of tech workers in the US, with nine percent of the state’s private sector workforce employed in technology firms, according to CompTIA’s Cyberstates 2016 report. IT software was the region’s fastest-growing cluster in 2016, having grown by 9.4 percent as a result of landmark company expansions and venture capital activity. A strong entrepreneurial spirit fuels this industry, which employs 54,580 workers at 5,180 companies throughout the nine-county region.

Of Colorado’s adult population, more than 39 percent has completed a bachelor’s or higher level degree, making Colorado the second-most highly educated state in the US, behind Massachusetts. Interestingly, IT services and software publishing were among Colorado’s top five leading tech industry sectors by employment in 2015, while the state’s average hi-tech wage ($106,350) was double that of the average private sector wage, according to the US Census Bureau.

Colorado also ranked third in the nation for small business innovation research grants per worker. According to the US Bureau of Labour Statistics, in 2016 the state received more than 200 grants, totalling nearly $82.1m, or $32.90 in grants per worker compared with the US average of $11.80.
What’s more, Colorado’s simplified corporate income tax structure is based on single-factor apportionment, which allows companies to pay taxes based solely on their sales in the state. Along with few regulatory burdens, Colorado’s corporate income tax rate of 4.63 percent is one of the lowest and most competitive tax structures in the nation.

Forget the next Silicon Valley – all tech eyes are turned to Colorado. From start-ups to major tech giants, nearly 11,000 technology companies are now located in Colorado, including global corporations AT&T, DISH Network and IBM.

And it’s not just major companies either: with a digital technology company launched every 72 hours in the state and the innate desire to collaborate, it’s easy to see why Colorado has become a centre of innovation and entrepreneurial activity.

With more than 146,000 jobs each year in the technology and information industry, Colorado tech workers make more money – 98 percent more, in fact – than the average private sector worker. These factors, alongside Colorado’s vibrant urban cores and affordable cost of living, see tech-minded entrepreneurs continuing to flock to Colorado.

This is prompted further by support from groups like the Colorado Technology Association, which promote the industry through collaborative programmes, events and initiatives. With four of the top 10 cities for tech start-ups located in Colorado, more and more individuals and companies are seeking to become part of the next tech revolution to sweep the nation.

“Cybersecurity is an essential element of our strong technology and information industry, which is providing well-paid jobs for Coloradans,” Copeland explained. “Colorado’s success in this booming industry is due, in part, to the vision of Colorado Governor John Hickenlooper, who led the creation of the NCC in Colorado Springs in 2016.”

The NCC’s training programmes are designed to educate different types of people and organisations – from students and entrepreneurs, to small businesses and large corporations, as well as politicians at local and state level – on how to protect themselves from an ever-expanding list of cyber threats. Moreover, the NCC is reaching out to cities and counties around Colorado, offering to provide officials and staff with the most effective tools to protect their information systems.

Cyber personnel
Today, there are approximately 85,000 people in Colorado working in the cybersecurity industry, and nearly 100 cyber-focused businesses operating in Colorado Springs and Denver alone. According to Burning Glass, a company that analyses the job market, Colorado is among the country’s leading states for cybersecurity jobs on a per capita basis, alongside Washington DC, Virginia and Maryland.

Among these businesses, a few stand out in particular. Webroot, for example, is continuing to invest in the state’s rapidly growing cyber ecosystem. It currently employs 284 skilled individuals, and will be adding another 443 highly skilled positions with an average annual salary of $110,000 over the next eight years.

Colorado’s popularity as a cyber hub is rooted in its highly educated workforce and the market’s well-paid jobs. Entry-level workers with a relevant college degree, for example, can earn annual salaries between $55,000 and $65,000, while workers with five to 10 years of experience in the industry can earn between $80,000 and $100,000 a year. Add a security clearance to that level of education and experience, and salaries in the industry can easily approach $200,000.

Unsurprisingly, Colorado is in the process of further enhancing and supporting the workforce for this growing industry. As such, several Colorado institutions are now offering cybersecurity certificates and degree programmes. The University of Colorado, for example, offers a bachelor’s degree in cybersecurity engineering and graduate-level cybersecurity certificates in behavioural sciences. What’s more, four local institutions are National Security Agency certified Centres of Academic Excellence for Information Assurance – the University of Colorado at Colorado Springs, the Air Force Academy, Regis University and Colorado Technical University.

This level of support is expanding constantly. In 2016, Catalyst Campus, a private technology campus, announced plans to build a cyber lab that will help technology SMEs. Then there’s SecureSet, the nation’s first cybersecurity accelerator and academy, which gives people a direct path to a career in cybersecurity in around 20 weeks. SecureSet also serves as a way for start-up companies in the cybersecurity space to get funded, get noticed and improve their value.

Given such initiatives, the industry is now doing better than ever, with several of Colorado’s cybersecurity firms having received venture capital funding in the last year. For example, ProtectWise raised $25m in January, Red Canary raised $6.1m in August 2016 and now plans to double its staff to 30 in the next year, and CyberGRX received $20m in Q2 2017 to accelerate the adoption of its CyberGRX Exchange, the world’s first global third-party cyber risk management exchange.

Indeed, through its constant commitment to AI industries, the state of Colorado has become a hub for hi-tech industry and cybersecurity – one that is set to continue expanding, with no end in sight.