Afschrift: how to navigate new waves of tax regulation 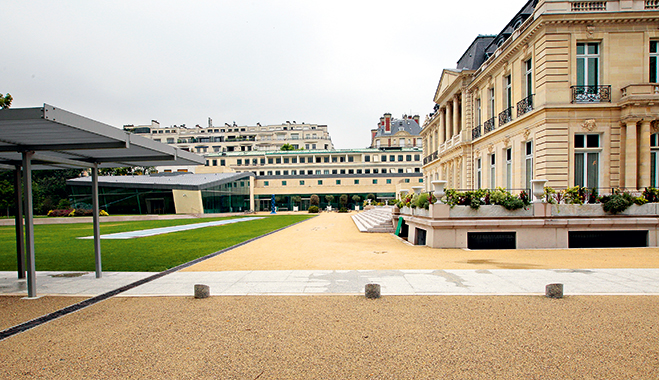 Joint initiatives like the OECD/G20 base erosion and profit shifting (BEPS) project, and the US crackdown on tax inversions demonstrate authorities increased commitment to clamping down on incidents of tax evasion and avoidance. As governments try to recover from the effects of the financial crisis, the need for greater revenue streams is essential in order to find the necessary capital for funding public services still strapped for cash.

As citizens feel the effects of difficult global economic circumstances, there is increased interest and scrutiny by the media over the tax planning practices of multinationals, with high-profile companies such as Apple, Amazon and Google all attracting the wrong kind of attention due to their aggressive tax avoidance strategies.

In this tumultuous time it is more important than ever to have the right support in order to adequately navigate this increasingly convoluted tax environment. One organisation that is helping in doing just that is tax law firm, Afschrift. World Finance got the opportunity to talk with Thierry Afschrift, Partner at the firm, to find out what effect this approach is having.

The right to privacy is probably the one that will suffer the most, as the access to banking data allows the state to retrieve information concerning all aspects of private life

Will the Global Forum on Transparency and Exchange of Information for Tax Purposes be effective in combating tax avoidance?
In 2014, the OECD actually published a multilateral standard for automatic exchange of financial information, which aims to fight tax fraud, and which the OECD’s Secretary General Angel Gurría said “deprive governments of revenues needed to restore growth and jeopardise citizens’ trust in the fairness and integrity of the tax system.”

It is obvious that as this text is the result of collaboration between the OECD, the EU and the G20 countries, we look to a kind of universal standard, deemed to be commonly accepted and applied by most of the states on the globe.

Emerging countries will not constitute an exception. Nevertheless, the implementation may prove difficult to realise, or to realise completely, as the application of this new standard requires the utilisation of important resources, given the size of the information to exchange. This covers, for example, the details of all the existing accounts, information on capital gains and dividends, patrimonial structures, etc.

In conclusion, it is clear that developing countries will have to respect this standard, but at the same time it is more than probable that they will need to be given a credit of time and financial and technical aid in order to achieve this target.

How have governments, particularly Belgium’s, reacted to the concept of automatic exchange of information?
Since July 2005, European states already exchange information under the EU Savings Directive. From the beginning, most of the EU member states have complied very quickly with the provisions of this directive, and so too has Belgium since 2011.

Furthermore, many European states have signed agreements with the US, in the frame of the US Foreign Account Tax Compliance Act (Fatca). Therefore, the ‘automatic exchange of information’ concept is not really a novelty for EU member states.

I suppose that Belgium will take the necessary steps to the implementation of the new standard as soon as possible, as the information received will allow the Belgian state to retrieve additional resources by taxing the newly discovered income and, at the same time, by rendering foreign countries less interesting, discouraging in this way its taxpayers to transfer their assets or set up businesses abroad.

What are some of the concerns of your clients about their information being shared in such a manner?
In Belgium, as with everywhere else, taxpayers and our clients have or should have the same concerns. The right to privacy is probably the one that will suffer the most, as the access to banking data allows the state to retrieve information concerning all aspects of private life.

Normally, concerning EU citizens, the conditions to derogate to the protection provided by Article 8 of the European Convention on Human Rights should be fulfilled, as well as the principle of proportionality provided by Articles 7 and 52 of the Charter of Fundamental Rights of the EU. Nevertheless, I doubt that in the frame of an automatic exchange a compliance control with the aforementioned provisions could in fact take place.

Even though Article 8 of the Charter of Fundamental Rights of the EU provides that “everyone has the right to the protection of personal data concerning him or her”, in the frame of an automatic exchange (and storage) of information, a number of questions will necessarily arise.

Finally, discrimination issues will arise with respect to the situation of citizens of the different states. For example, such treaties do not provide an obligation for the states to eliminate bank secrecy at national level. Certain countries have set forth restrictive access and eligibility conditions for their national administrations, but these conditions are usually not required in case of a demand sent by another state.

Furthermore, in the frame of the exchange of information on demand, certain countries require that the taxpayer is not notified of the existence of such a demand, while others consider such notification and the existence of a recourse prior to the transmission of the information as necessary for the respect of the rights of defence. Under the circumstances, discrimination based on a residence criterion will arise.

How has the introduction of a fairness tax and special tax on capital gains affected your clients’ tax planning?
Indeed, in the frame of a policy aiming not to create new resources, but rather to draw more from existing ones, the Belgian government has implemented a fairness tax which is not an additional withholding tax on dividends, but rather a tax on the benefit of the company. That means that there is actually an indirect effect on shareholders (application of the same tax on dividends but calculated on a lower benefit).

In any case, the continuous changes of the legislative frame make tax planning difficult, as the solution adopted today may be insufficient, or even totally void, only months later.

How have you helped mitigate the impact of these taxes for your clients’ tax strategies?
Our approach consists on constantly analysing the actual and emerging trends, in order to predict future changes. In my opinion, no professional in tax planning may work today based only on the existing rules; thus, the success of some and the failure of others will depend, besides their technical knowledge, on their capacity to predict the future.

What are the consequences from multilateral developments such as the BEPS project and what are your concerns?
BEPS deliverables are supposed to ensure the coherence of corporate income taxation at the international level and ensure, among others, predictability and transparency.

Nevertheless, even if the concerned administrations should manage to work together – and this is a prerequisite – it is obvious that the implementation of such a system will also create problems for the concerned taxpayers, as well as additional compliance and administrative expenses.

From a general point of view, it is obvious that if standardisation indisputably presents certain advantages, for example in terms of predictability, it also presents a main disadvantage. Particular situations are not taken into account; therefore, the same rules would apply to every company, independently of its state of residence and the relevant infrastructure.

Therefore, if the general BEPS idea is acceptable, the implementation of the related principles may cause problems to a substantial number of companies.

Belgium has been deliberating over whether to apply a super tax for professional poker players to be set at 75 percent, your thoughts?
Lately, many countries, such as Ireland and Singapore, have implemented tax measures concerning poker players; in other countries, such as Denmark or Russia, poker gains are already taxed under certain conditions.

It seems normal that, if poker becomes a professional activity, the gains arising from this activity get taxed, and that in parallel the deduction of expenses and losses is accepted. The situation in Belgium is not clear for the moment. In any case, I doubt that a special 75 percent rate would be implemented for professional poker income, while the highest rate for all the other kinds of professional income is 50 percent.