Sweeping measures on taxation could create a harmonised structure across the EU, but this in turn could severely weaken countries’ tax systems 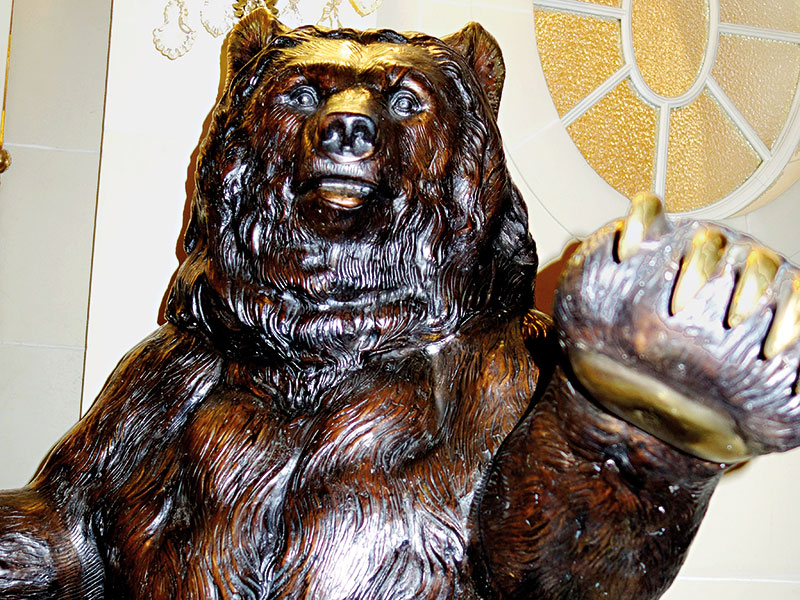 When more than 11 million files from a Panamanian law firm were leaked in April 2016, they brought the sometimes shady world of offshore tax havens to light, sparking widespread public outcry. Just two years earlier, disclosures involving PricewaterhouseCoopers and its clients’ utilisation of certain tax rulings in Luxembourg – the so-called LuxLeaks – had already brought the thorny issue of tax avoidance to the forefront of Europe’s policy agenda.

Amid the ongoing crackdown on tax evasion across the EU, World Finance had the chance to speak with Professor Thierry Afschrift, Managing Partner at Afschrift Law Firm, about how policies designed to increase transparency and standardisation across member states will affect multinational corporations and European taxpayers alike.

Such revelations have certainly brought the term ‘tax planning’ into public disrepute. “Despite the fact that tax planning is a perfectly legal activity, it has been the target of many criticisms these last years”, Afschrift told World Finance. In addition to his role at Afschrift Law Firm – which has offices in Brussels, Antwerp, Geneva, Fribourg, Luxembourg, Madrid, Tel Aviv and Hong Kong, and so advises taxpayers in Europe and beyond – Afschrift is a lawyer, university professor and deputy judge at the Belgian Court of Appeal.

“Tax planning is a complex activity, which aims to enable a beneficiary – be it a company or an individual – to place itself in the most favourable position from a tax point of view. This law-abiding activity should not be confused with tax fraud, which involves the violation of the law, nor with tax evasion”, he said.

Underscoring the need to distinguish between legal and illegal activities, Afschrift warned against a potential “witch-hunt against tax planning”, adding: “Achieving higher profits is not the sole aim of tax planning, even if such an aim is neither legally or morally reprehensible, or punishable. On the one hand, certain companies would just not survive without tax optimisation, and on the other hand, avoiding taxes is not the only reason individuals decide to manage their fortune and plan their estate in a certain way.”

Whether fears over an attack against tax planning are founded or not, the general mood could affect tax policy in the EU, where efforts to increase transparency and the drive towards harmonisation of tax rulings between states are now starting to take shape. In turn, this shift could significantly impact how taxpayers and companies operate in the future.

Changing horizons
When it comes to international taxation laws, the OECD Common Reporting Standard is arguably the most sweeping directive that has been launched. Endorsed by more than 80 countries, it came into effect at the beginning of 2016 for early adopters, and provides a legal framework for the automatic exchange of tax information across the world. It is hoped the measure will facilitate the exchange of financial information between countries, while preventing companies and individuals slipping between different tax jurisdictions.

Making operations transparent should not restrain tax planning; monitoring is not the same thing as prohibiting it

Further directives issued by the EU aim to allow the exchange of information on advance cross-border tax rulings and transfer pricing arrangements, which are to be stored in a central directory. Afschrift noted the measures, designed to bolster transparency, should not interfere with the ability of individuals to effectively manage their tax affairs: “Making operations transparent should not restrain tax planning; monitoring tax planning is not the same thing as prohibiting it.”

EU policy makers have also become concerned with tax inversion, which sees the relocation of profits to lower tax jurisdictions while sometimes maintaining significant operations in higher tax countries. The issue of corporate taxation is being tackled with the launch of its action plan for fair and efficient corporate taxation in the EU, with a view to preventing aggressive tax planning and the erosion of the tax base through the shifting of profits.

“There are also rumours of a future obligation for large multinational companies to disclose their tax arrangements,” said Afschrift. “This surplus of information should enable states to control the existing schemes and operations. In parallel, they will eventually try to adapt their tax legislation in order to target more specifically revenue referred to in the directives, in order to enlarge the taxable base as much as possible. New measures will not prevent companies from shifting their taxable profits as long as the operations are realised accordingly to the applicable laws.”

A harmonised system
While transparency has become the watchword for policymakers keen to strengthen their respective tax regimes, such measures could lead to an erosion of privacy for individuals too. Afschrift warned: “The gradual elimination of bank secrecy and the increasing scope of the directives on automatic data exchange is an obvious attempt on the private life of the taxpayers.”

But transparency is only one aspect of the European Union’s current move towards tax standardisation. The introduction of the Common Consolidated Corporate Tax Base system is a prime example of an EU-wide push towards tax harmonisation across member states.

Full-throttle tax harmonisation would certainly prevent companies from shifting profits to different jurisdictions in Europe. However, Afschrift said: “Obviously, the ultimate target pursued of such a process is the implementation of a unitary tax, even if this is not likely to happen.” Describing such a move as “illogical, unnecessary and potentially dangerous for taxpayers”, he explained that “in a harmonised system, tax competition would almost disappear, giving to the member states no incentives to enhance their tax systems”.

Issues surrounding national sovereignty may also be raised if the roll-out of harmonisation between differing European tax regimes were to be taken to its logical conclusion.

“A tax regime is an expression of national sovereignty”, Afschrift said. “By standardising regimes across Europe, the ability of nation states to respond to their own changing economic fortunes through fiscal policy would be severely hampered.

“This could give way to a situation whereby taxpayers are forced to pay higher taxes just for the sake of harmonisation. International tax planning implies the use of the laws of different countries. If these differences should disappear, tax planning will certainly become more difficult.”

Responding to a crisis
Afschrift’s main concern is current trends towards increased harmonising in tax policy could backfire. “Pressure put on companies may lead them to modify their tax planning attitude, and in turn push them towards to them using structures established outside the EU – a process which would result in significant losses for the European economy”, he explained.

Such changes are not just a response to public outcry over tax evasion and a latent distrust of legal tax planning. Much of the EU’s current approach towards taxation policy is rooted in frequently conflicting responses to the troubled economic climate in which Europe finds itself. On the one hand, governments have moved to reduce taxation in a bid to sustain economic growth through financial crises and recessions, while simultaneously trying to manage troubling deficits.

“Different approaches have been adopted in order to deal with reduction of income without borrowing,” Afschrift said. “Certain states raised their taxes while others tried to cut public spending. In general though, most European governments have tried, for economic, social and political reasons, to avoid increasing the direct tax burden and have preferred instead to increase indirect taxes, such taxes on immovable property and fortune.”

The new directives have significantly enlarged the scope of previous international measures, such as the Fair and Accurate Credit Transactions Act. The trajectory of EU policy suggests a continuation of this trend. Afschrift, however, is keen to underscore the problems that both taxpayers and policymakers could face as a result. Yet while he warns that tax harmonisation in the EU could have disastrous effects, he believes policymakers may still wake up to its problems before it’s too late.

“It is more than probable that EU institutions and member states will realise that the European situation does not allow European states to be really competitive at an international level”, he said. As for weary companies and individuals who may feel squeezed by the pace of the new measures, he added: “For the medium to long term, tax planning is – and will remain – possible, but will ultimately happen in an environment that is less privacy-protected. Therefore, taxpayers should be carefully monitoring the evolution of the situation and, if necessary, enforce their rights.”