Intensifying geopolitical tensions and big tech tax proposals were high on the agenda at the latest G20 summit in Fukuoka, Japan. Discussions of US-China trade disputes, however, were conspicuous by their absence 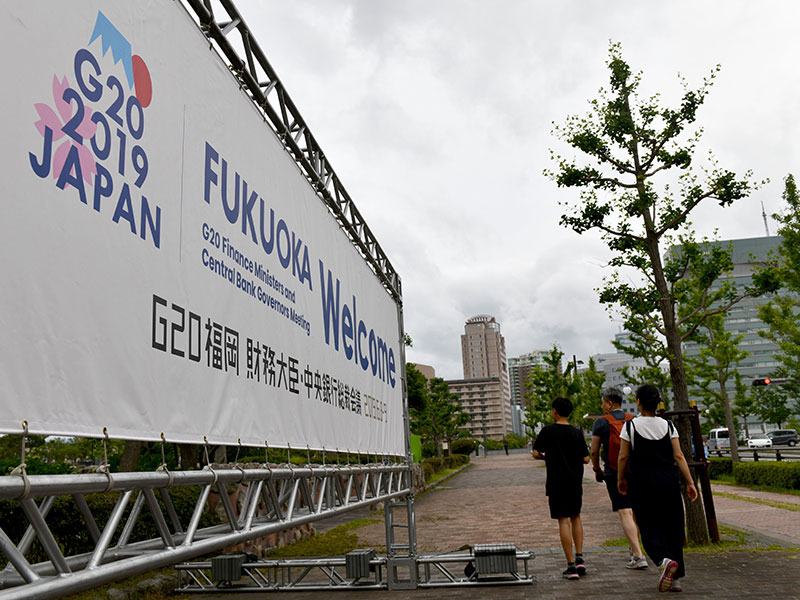 On the weekend of June 8-9, finance leaders from around the world gathered for the G20 Finance Ministers and Central Bank Governors Meeting in Fukuoka, Japan. In its final communique, the group stated that trade and geopolitical tensions had “intensified”, but remained noticeably muted on the US-China trade conflict.

“Global growth appears to be stabilising and is generally projected to pick up moderately later this year and into 2020,” the announcement read. “However, growth remains low and risks remain tilted to the downside. Most importantly, trade and geopolitical tensions have intensified. We will continue to address these risks and stand ready to take further action.”

The G20’s suggestion that growth is stabilising comes in spite of the IMF warning that the trade deadlock between China and the US could cut global output by 0.5 percent

The group’s suggestion that growth is stabilising comes in spite of the IMF warning that the deadlock between China and the US could cut global output by 0.5 percent in 2020. In fact, the collective’s response to the superpowers’ trade dispute was conspicuous by its absence, with the group reportedly removing a clause included in an earlier draft of the communique addressing the “pressing need to resolve trade tensions”. Further, there was no direct admission in the final announcement that the US-China trade conflict was hurting global growth. According to G20 sources quoted by Reuters, this came at the insistence of the US.

Another key takeaway from the summit was the promise to crack down on tax loopholes. The leaders present at the summit agreed to compile common rules that would close loopholes that allow global technology firms like Facebook and Google to reduce their corporate tax payments. Such companies provide services across international borders and can therefore book profits in low-tax countries. While the proposal would increase the tax bills of large multinational firms, it could also make it harder for countries like Ireland to attract foreign investment.

Regarding a potential end to the US-China stalemate, the summit in Fukuoka left many questions unanswered. According to US Secretary of the Treasury Steven Mnuchin, the “main progress” is likely to be made when presidents Donald Trump and Xi Jinping meet at the Osaka G20 summit later in June.