Donald Trump: the bull in the China shop

Donald Trump has outlined a number of aggressive policies to boost big business and the US job market, but how does he plan to reduce national debt? 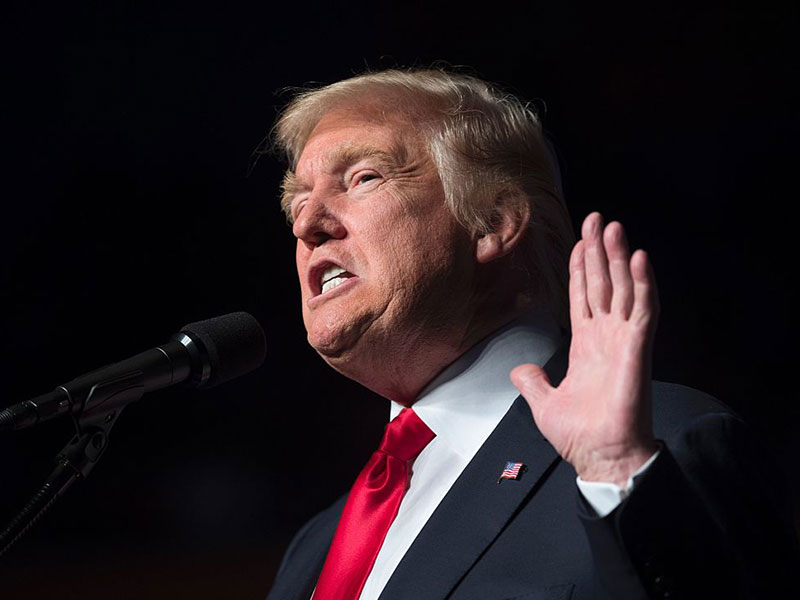 Donald Trump’s administration is bullish right out of the gate. He’s chosen a cabinet made up of oil business tycoons like former Exxon chairman Rex Tillerson, so the agenda is clear: boost US big business and jobs. It’s less clear, however, what Trump plans to do about the national debt – currently just shy of $20trn and 103 percent of GDP. The debt is a red flag challenge that has the bulls in the White House lowering their horns for battle.

In the 10 years since the real estate sub-prime and financial crises, US debt has more than doubled. The $700bn it cost to bail out the crippled financial sector in 2008 was just the beginning. A costly – but necessary – quantitative easing (QE) programme supported US treasuries throughout the recession and recovery. QE combined with low interest rates helped to restore investor confidence. The Federal Reserve’s cautious monetary policy nursed the economy through the worst period. But government debt overheated dramatically, going from $9trn in 2007 to nearly $20trn in 2017.

National debt
It’s likely that the national debt will skyrocket under Trump’s presidency. Trump swears he will “Make America Great Again” through a number of aggressive fiscal policies. He has pledged to accelerate growth and create jobs, wasting no time in rallying his network of mega business owners. During his pre-inauguration conference, Donald Trump said he was proud that Ford had decided to expand its factory in Michigan instead of building one in Mexico. Meanwhile, he is pressing General Motors to build its factories in the US instead of abroad. The president-elect promised that Big Pharma would be pressured into bidding for government contracts, believing this would save billions of dollars over time. In short, Trump wants to run the federal government like a business, and make it more efficient. Trump wants to be the ‘greatest job creator’ ever seen.

The president-elect’s rhetoric is all very well, but common sense says that money – especially debt – speaks louder. Even with savings on government contracts, at some point in the near future, taxes on business and households will have to be increased so the Treasury can service, and even reduce, US debt. This is unlikely to appeal to the Republican agenda of low taxes and less red tape ­– which is why Trump wants to raise import taxes instead.

The alternative to reducing the national debt is even less appealing. There is a risk of the US losing investor confidence in its bonds. This could lead to a huge rise in the cost of financing the massive debt and the threat of default. The end result: another prolonged recession. This scenario is highly likely if Trump goes ahead with high tariffs on imports from China. There are an increasing number of risks linked to alienating China and the other emerging countries that play a big role in lending to the US.

International trade
As it stands, import tariffs slapped on top of a strong dollar will have a cost of their own. The increasing strength of the dollar and higher interest rates will start pricing US products out of the export markets; meaning lower export revenues. Higher import costs due to increased taxes will increase inflation. This would make goods less affordable for consumers, and reduce importers’ overall revenues. Higher import taxes might bring in money for the US Treasury. But at the same time, reduced demand for exports would mean lower tax revenues from domestic exporters. Nonetheless, it can’t be denied that there is an upside to protectionism for domestic energy companies. If there are increased taxes on imported commodities like crude oil, it would increase local demand and revenues for US suppliers. In that case, US companies, like Exxon, would theoretically be able to boost the number of jobs on their payroll.

On the market’s side, Trump’s rhetoric has a motivating effect, with Wall Street picking up the bullish tone. Everyone wants to see a return to a strong economy and a move away from the pain of the recent recession. But a return to pre-2007 economic conditions may still be a long way off, especially if Trump’s gamble on protectionism backfires.

The bottom line for investors is that dollar crosses, US share prices and commodity prices still face a period of uncertainty. Gold is likely to remain an attractive hedge, and a great deal depends on GDP performance in the US. The outlook isn’t particularly optimistic. The World Bank forecasts a modest US economic growth of 2.2 percent in 2017. Equally modest is its global growth forecast of 2.8 percent in 2017. This is accompanied by downside risks in emerging and mature economies. Clearly, both local and global supply and demand are still not as bullish as Donald Trump’s rhetoric.

The bulls in the White House are ready to do the kind of mega business that made America great, that much is clear. But calibrating an entire economy is a challenge on a much larger scale – especially one that’s only just back on the road to growth. Until Trump deals with the question of the national debt, investors will have to see it as a significant risk to their portfolios.