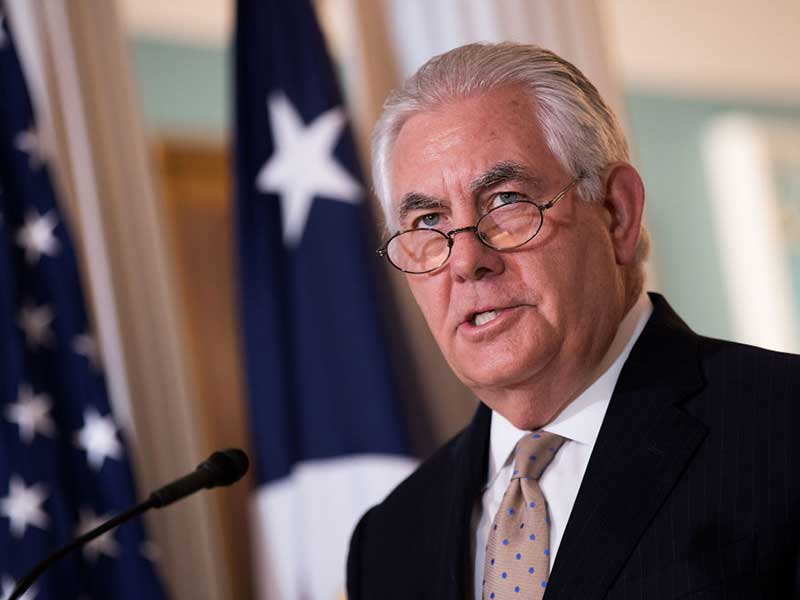 US Secretary of State Rex Tillerson is also due to meet with Saudi officials in the coming days
Government policy | Infrastructure
Author: Emily Cashen

On July 11, the US and Qatar signed a memorandum of understanding to track the flow of terrorist financing, a move that hopes to ease the diplomatic crisis currently embroiling the Gulf states. The agreement was signed in Doha by US Secretary of State Rex Tillerson and the Qatari Foreign Minister Sheikh Mohammed bin Abdulrahman Al Thani, and will see the two nations collaborate more closely in the fight against terrorism.

Speaking after the signing of the agreement, Tillerson praised Qatar for its anti-terrorism stance, and expressed his optimism the Gulf dispute would soon be resolved: “I am hopeful we can make some progress to begin to bring this to a point of resolution.”

The deal represents progress in Tillerson’s efforts to resolve the ongoing diplomatic crisis between the Gulf states, which has seen Saudi Arabia, Egypt, Bahrain and the United Arab Emirates attempt to politically and economically isolate Qatar over its alleged links to Islamic extremism.

Tillerson has praised Qatar
for its anti-terrorism stance, and expressed his optimism the Gulf dispute would soon be resolved

On June 5, Saudi Arabia, Bahrain and the UAE issued statements announcing they would be cutting diplomatic and economic ties with their Gulf neighbour. From this date, the respective governments gave Qatari citizens 14 days to leave their countries, and banned their own citizens from visiting Qatar.

All air and sea travel between the Saudi-led group and Qatar has since been banned. Qatar’s only land border with Saudi Arabia has also been shut, depriving the nation of its main source of food. As a result, Qatar has been forced to airlift food supplies from outside of the Persian Gulf, as well as rerouting flights for its citizens.

Banks in Saudi Arabia, the UAE and Bahrain have also begun to cut their exposure to Qatar, with some lenders withdrawing deposits from Qatari banks and ceasing the trade of riyals and bonds. As fears mount over the potential imposition of financial sanctions on the nation, there is a deepening sense of uncertainty among businesses in Qatar. While Qatar is one of the world’s richest nations, it has been left reeling by the sustained decline in the price of oil, and a comprehensive economic embargo would prove extremely costly for the Gulf state.

Until now, Qatari efforts to end the sanctions and resolve the dispute have failed. The Saudi-led group has issued Qatar with a 13-point list of demands, which include severing links with the Muslim Brotherhood, curbing diplomatic ties with Iran and closing the Al Jazeera television network, but Qatar has been hoping to meet a compromise.

As part of his four-day tour of the Persian Gulf, Tillerson is also due to meet with Saudi officials in a further attempt to resolve the standoff between the disputing nations.