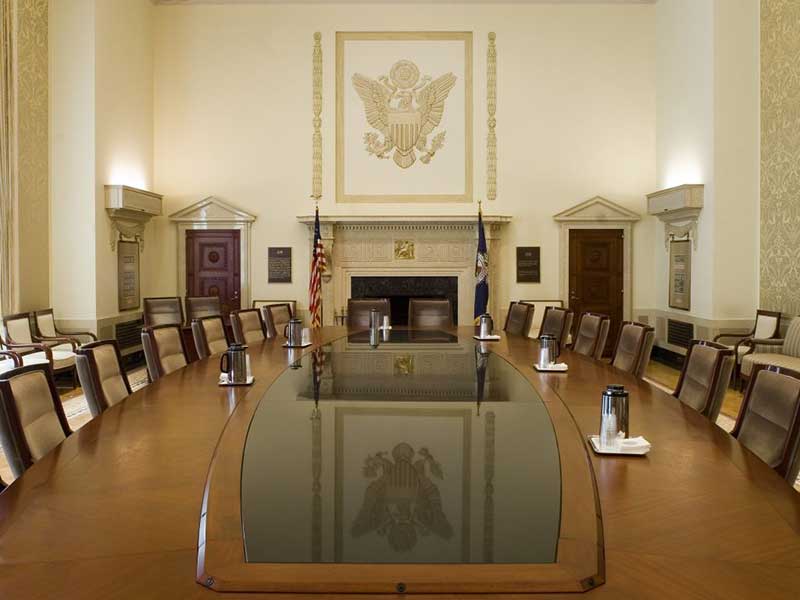 Randal Quarles is set to fill one of three currently vacant seats on the Fed board
Government policy | Infrastructure
Author: Emily Cashen

President Donald Trump has nominated Randal Quarles as the new banking watchdog at the Federal Reserve, placing the investment fund manager in charge of regulating the nation’s biggest banks. The former Republican Treasury official is thought to be a fairly moderate choice for the post, and has previously criticised aspects of the post-financial crisis regulatory system.

Quarles will be the Federal Reserve’s very first Vice Chair of Supervision, which is perhaps the most powerful regulatory post in the US. The role was created by Congress in 2010 under the Dodd-Frank reform law, but was never filled during Obama’s tenure. By filling this influential position, Trump’s administration is outlining its ambition to reimagine financial regulations in the post-Obama era.

If the Senate confirms the nomination, Quarles will become the fourth member of the Fed’s board of governors, which still has three vacancies. The White House is currently working to find two suitable nominees for these seats. The Trump administration has also begun looking for the next Chair of the Federal Reserve, as President Trump appears unwilling to consider extending current Chair Janet Yellen’s tenure.

By electing a Vice Chair of Supervision, Trump’s administration is outlining its ambition to reimagine financial regulations in
the post-Obama era

Upon his inauguration, President Trump promised to “do a big number” on the 2010 Dodd-Frank banking regulations, which he accuses of limiting economic growth. His advisors have since offered scant details on how the administration plans to dismantle the legislation, but Quarles’ nomination gives the White House an opportunity to reshape the post-crisis regulatory landscape.

If confirmed, Quarles will immediately begin overseeing the Fed’s regulatory staff, who are charged with supervising some of the nation’s biggest banks, including Bank of America and Citigroup. As Vice Chair of Supervision, Quarles will be able to profoundly influence the way in which the Fed oversees these firms.

According to a White House official, Quarles’ nomination “shows that we’re looking for a change to the heavy-handed approach to regulation from the prior administration”. Last month, the Treasury released a 147-page document detailing potential changes to the financial regulatory system. Trump has long been a vocal critic of the Obama-era regulatory framework, attacking the Dodd-Frank reforms in particular for inhibiting the creation of jobs and making it difficult for banks to offer loans.

In addition to his regulatory role as Vice Chair of Supervision, Quarles will also vote on monetary policy as one of the Fed’s board members. In the past, Quarles has criticised the Fed’s policy of keeping interest rates near zero in the years following the financial crisis, and supports using a monetary-policy rule to guide rate decisions. As such, the new Vice Chair of Supervision may well clash with his fellow board members, who largely do not share his views on monetary policy.