To avoid a painful explosion from the growing levels of student loan debt in the US and UK, university funding needs a drastic overhaul 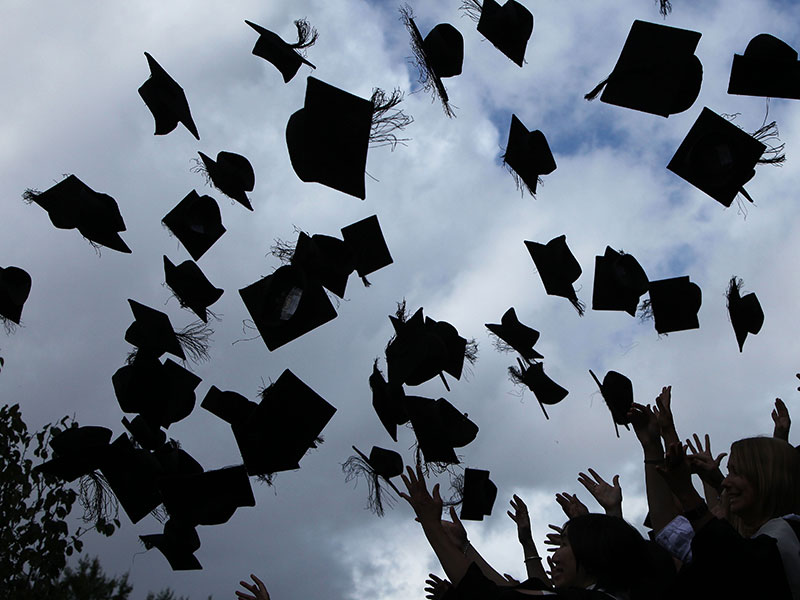 Students graduating from the University of Birmingham, UK. As student debt in both the UK and the US reach unprecedented levels, experts warn that both loan systems require a dramatic overhaul
Government policy | Infrastructure
Author: Rachel Connolly

The student loan systems in the US and the UK are increasingly taking the form of two rapidly expanding bubbles. Both are inflated by a toxic combination of increased competition in a labour market that is ramping up the requirement for advanced qualifications, and the fact that uncapped class sizes with higher tuition fees are incentivising universities to increase student intakes.

But while the two systems may share a parent, they are not twins. Distinctions in the fabric of both loan procedures mean these bubbles differ in shape and size: student loan debt in the UK recently reached £100bn ($129bn) for the first time, whereas in the US, it now stands at $1.3trn.

Inflating the bubble
In the UK, individuals face few personal ramifications for failing to pay back their loans in full. UK studies suggest, however, that the ‘graduate premium’ of better job options and increased wages – often touted as motivation for getting a degree in the first place – may only exist for certain subjects and institutions. In the US, where a smaller proportion of the workforce has a university degree, graduates continue to out-earn non-graduates. However, here the personal risks of taking a student loan are far greater, since failure to pay can result in bankruptcy.

Were either bubble to burst, the fallout would look much the same: a mess of personal debt and stagnation in consumer spending. Like the role of housing in the run-up to the global financial crash, the value of a university degree may now be overinflated, but until the bubble bursts, it is hard to see why students would stop buying into it. To let the air out safely, change needs to come from employers and policymakers.

A fall in state funding for higher education in both countries has seen the cost for individuals soar in recent years. Subsidies for public colleges in the US have fallen by 26 percent since the early 1990s, while tuition fees have steadily climbed. The average annual fee for a public college in the US is now $9,700, while private Ivy League institutions command massive sums of almost $70,000. This is in a country where the median annual salary is $50,000.

Tuition fees of £1,000 ($1,290) were first introduced in the UK in 1998. By 2012, these had rocketed to the current level of £9,425 ($12,170). Nick Hillman, Director of the Higher Education Policy Institute, a UK-based think tank, said in an interview with World Finance that the rise in tuition fees was the main reason behind UK student loan debt reaching unprecedented levels: “That £100bn is going to keep growing for a very long time. It will only start coming down when you’ve got very, very many people in the labour market, in good jobs, paying their loans down quite fast. That won’t happen for 10, 15 years, if not longer.”

Across the pond, student loan debt in the US has shot up by over 170 percent in the past decade. This debt mountain is cultivated by a lending system that Business Editor of the Financial Times, Rana Foroohar, has compared to the subprime practices behind the global financial crash.

Certainly, there are parallels to be drawn between the subprime housing bubble and the current student loan system: both involve money easily lent to vulnerable borrowers to help them purchase a product that is rapidly increasing in price, but with questionable returns.

Fit to burst
The pile-up of personal student debt in both countries is starting to have tangible effects. In the US, where student loan debt is collected from graduates regardless of salary, default rates are now higher than pre-crisis levels. Worryingly, this is the only type of personal debt for which this is the case – the reigning in of lending practices for things like mortgages, credit cards and cars have kept default rates below 2008 levels.

In the UK, since loan repayment only occurs once the graduate’s salary reaches £21,000 ($27,000), students are insulated from the worst-case scenario of bankruptcy, as Hillman pointed out. He said: “No politician who has supported the big loans in the UK has ever argued every single penny of it should be paid back… If you never get a well-paid job, you never have to pay it back.”

However, the UK system still leaves young people exposed to very high levels of lifelong personal debt. The idea that if you don’t make a lot of money, you won’t pay the loan back is often repeated to 18-year-olds when they first seek a student loan. While this is technically true, it doesn’t capture the reality of repayments: unless a person earns under the income threshold for their entire working life (by no means a high income), loan repayments will leech their salary like an extra tax for up to 30 years. Student debt in aggregate is lower in the UK, but on an individual level, it outstrips the US, despite lower median earnings for graduates. Average debt per UK graduate is £32,220 ($41,600) in the UK – in the US, this figure is $34,000.

This debt has obvious personal consequences. Dampened salaries make saving for a deposit harder, so young people are stuck renting or living with parents for long periods of time. However, the ripple effects on the wider economy are perhaps more troubling: if young people aren’t buying houses, they are also not buying any of the items that fill a house, reducing consumer spending. For as long as salaries are weighed down by student loans, the spending power of an entire generation is diminished.

On top of this, it is hard to find a participant in the UK system who would act to moderate it. Student loans are provided to 18-year-olds who have no financial literacy, no credit history and no incentive to research the basics, such as interest rates or the length of repayment schedules. Usually the lender is the natural regulator, having an obvious incentive not to offer money it will not later recoup. However, in the UK, the power to bestow a student loan is very separate from the money backing it: money is lent by the government upon the offer of a place at any university. Universities then collect tuition fees, but do not have to recoup loan costs.

For as long as salaries are weighed down by student loans, the spending power of an entire generation is diminished

Easing the debt crisis
This current situation, with very large numbers of young people crippled by debt they are unlikely to repay, will prove a drain on the entire economy if unchecked. Clearly, the UK Government’s attempts to foist the cost of university back on to individuals aren’t sustainable. Since the cost of fees for the number of people who attend university today is too expensive to fund through taxes, the only clear way forward is to cut attendance rates.

However, whatever the potential risks of student loan debt, young people are unlikely to opt out of the system while the perceived personal benefits of a degree remain high. Hillman said: “Even in the depths of the recession, people with degrees were more likely to be earning more than people without a degree, so it is a pretty good insurance policy.”

Hillman suggested that a potential solution could be to improve transparency around funding: “I’m having a bit of a battle with universities at the minute, because I think they should tell their students more precisely where that £9,000 [$11,620] goes.” Certainly, better information would enable young people to make more informed choices about the value of their education, but fixing the system cannot be left to young people or universities alone.

A large part of the solution would be a shift in how degrees are treated by employers and wider society; more open-mindedness about qualifications aside from university degrees is needed. There are encouraging signs on this front from some firms traditionally viewed as graduate-only destinations, such as Penguin Books and EY, which have done away with the degree requirement. However, the ability to release some pressure from this inflated area of the economy without causing an unpleasant crash is contingent on others following their lead. If firms can tempt enough young people away from the student debt trap, the bubble will start to deflate – hopefully without bursting first.