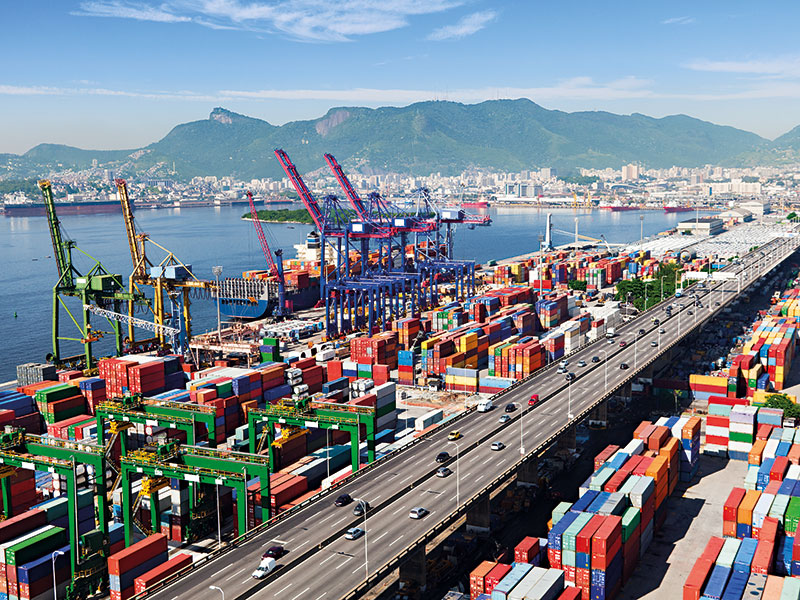 Approximately 20 years ago, in order to discourage tax evasion, the Brazilian Government introduced a series of rules aimed at avoiding the undue transfer of profits through transactions conducted between multinational companies and their parents or associates abroad. Since then, all movements of goods, services and rights between entities belonging to the same group have been subject to transfer pricing rules.

Naturally, there are many countries in the world that also have transfer pricing regulations and guidelines. However, the Brazilian laws are unique and are considered by specialists to be too complex, especially given their clearly revenue collection-oriented nature.

Introduced by Law 9430/1996, these rules became effective in 1997. Although they were significantly revised in 2012 with the enactment of Law 12715, there are still numerous challenges for taxpayers, including with regard to foreign exchange fluctuations, which occur mainly during severe economic instability.

One of the assumptions underlying transfer pricing calculations by Brazilian entities is that such calculations must be made in Brazilian reals. At the same time, the methods that are most used both by Brazilian importers and exporters are those that require minimum profitability margins in import and export transactions. These methods are the resale price less mark-up (PRL) method and the acquisition or production cost plus taxes and income (CAP) method respectively.

Differing methods
The PRL method – which is applicable to imports – requires that a local entity reports a statutorily predetermined gross profit generated by goods, services or rights imported from related parties when resold to third parties. This can range from 20 to 40 percent, depending on the industry. However, these profits can vary significantly since they are directly linked to how foreign exchange fluctuation affects the import prices and, consequently, the cost of sales. In other words, every time the local currency depreciates, the import price in the Brazilian real increases and, as result, profit margins drop, thus leveraging potential taxable adjustments.

On the other hand – and based on the same reasoning – there can be an adverse impact on exports in the case of an appreciation of the Brazilian real. This impact occurs when the CAP method is applied, since this method requires that the Brazilian taxpayer adds a fixed gross mark-up of at least 15 percent to the cost of all the goods, services or rights exported to its related parties.

However, specifically with regard to the CAP method – as well as one of the waivers of proof criteria applicable to export transactions – the federal government allowed exporting taxpayers to use the adjustment mechanism applicable to transfer pricing under administrative rules, so as to mitigate the impacts arising on the appreciation of the Brazilian real against foreign currencies. Therefore, in conformity with said administrative rules, taxpayers have been able to apply foreign exchange adjustment factors on revenue generated by exports to related parties in different calendar years.

In summary, the Brazilian Government has allowed exporters to add targeted percentages, which vary depending on the year, to the prices actually charged in order to increase the sales prices. As a result of this, an exporter can decrease or even eliminate a possible gap between the price charged on exports and the benchmark price, whether by applying the CAP method or the waiver of proof criterion.

We must highlight that the administrative rule currently in force does not provide for the use of the same mechanism when other transfer pricing methods – such as PVEx (export sales price), PVA (wholesale price in the country of destination, less profit) and PVV (retail price in the country of destination, less profit) – are applied. This is because, if the goal is to mitigate the impact of foreign exchange fluctuations, it does not make sense to apply this adjustment in methods that already use foreign currency-denominated amounts as a pricing basis and, consequently, somehow already contemplate some type of adjustment in light of the foreign exchange rates used. This is not the case, however, for CAP, which uses the costs incurred in Brazil for pricing purposes.

From an economic standpoint, the federal government’s approach of seeking to eliminate – or at least alleviate – the distortions caused by foreign exchange fluctuations to avoid making unreal adjustments to exports price is quite reasonable, not to say commendable. We emphasise, however, that the government does not allow the same type of flexibility in the case of imports, which often exposes the taxpayers who conduct import transactions to economic hardships that are beyond their control and cannot be mitigated with good management or a sound transfer pricing policy. Even though foreign exchange is a variable that escapes taxpayers’ control, there are some alternatives and procedures that could be adopted to mitigate or even eliminate the possible transfer pricing tax adjustments, even in a foreign exchange fluctuation scenario.

New alternatives
One of these alternatives is for the Brazilian entity’s management to negotiate the possibility of conducting import and/or export transactions in Brazilian reals. This way, the foreign exchange risk would remain overseas and the profit margins could be negotiated in advance in order to comply with the prevailing laws and regulations, while being maintained without any interference from economic drivers.

The use of simple price benchmarking methods – or other methods that size the maximum profit margin earned by related companies abroad – could also constitute an option for organisations that seek to scale down their own taxable adjustments. Since there is no benchmark for a price charged in a foreign currency with a benchmark price calculated on costs incurred or revenue recognised in Brazilian reals, as is the case with the CAP and PRL methods respectively, foreign exchange fluctuations do not tend to have any impact on taxable adjustments.

However, the use of any other method basically requires having access to foreign information, which in practice could be a barrier, especially when the relationship between the Brazilian entity and the related parties that hold such information is not close.

Even though many address the matter rather simplistically, there are numerous aspects that should be taken into consideration when assessing the use of a credit note to ensure the intended outcome is achieved, with a high level of certainty that it will be accepted. The most relevant of these aspects include: the note issue timing; supporting documentation for the imported goods to which the note will make reference; the technical treatment used to calculate the price charged and the benchmark price; and customs and other impacts.

Even though, as mentioned above, the use of a credit note requires care, discretion and moderation, this alternative should be considered, especially when the primary goal is to reduce or eliminate the impact of the double taxation commonly produced by transfer pricing adjustments.

Price watching
Without disregarding the possibilities described above as alternatives to soften the impact of transfer pricing, the periodic monitoring of import and export prices is key for any taxpayer subject to these rules.

Even though there is an annual obligation to file transfer pricing calculations, adopting price monitoring as a recurring practice on a monthly basis, or at least every quarter, coupled with price renegotiation is still one of the most efficient ways of avoiding transfer pricing adjustments.

As the calculations are made using average prices charged per item, theoretically these could be renegotiated, adjusted or previously offset against each other, according to the outcomes of the partial adjustments determined for each calculated period.

Obviously, in order for this to happen it is necessary to monitor impacts from a customs standpoint and, essentially, make sure the foreign related companies are flexible enough to engage in such price renegotiations throughout the year. Based on this quick, skimming approach of the impacts of foreign exchange fluctuations, we can see how important it is for a taxpayer to have a detailed knowledge of the Brazilian transfer pricing rules and be aware of the paths that can be treaded to soften its impacts.

Finally, we emphasise that the foreign exchange impact is but one of the numerous aspects to be observed, and that there are many other equally or even more complex issues that, if not appropriately grasped, handled and addressed, could result in a high tax burden or severe penalties.