Global North should turn to the South for transport inspiration, says report

The Global South is often considered the poor relation of its northern counterpart. In terms of transport infrastructure, though, there are areas where the developing world is leading the way 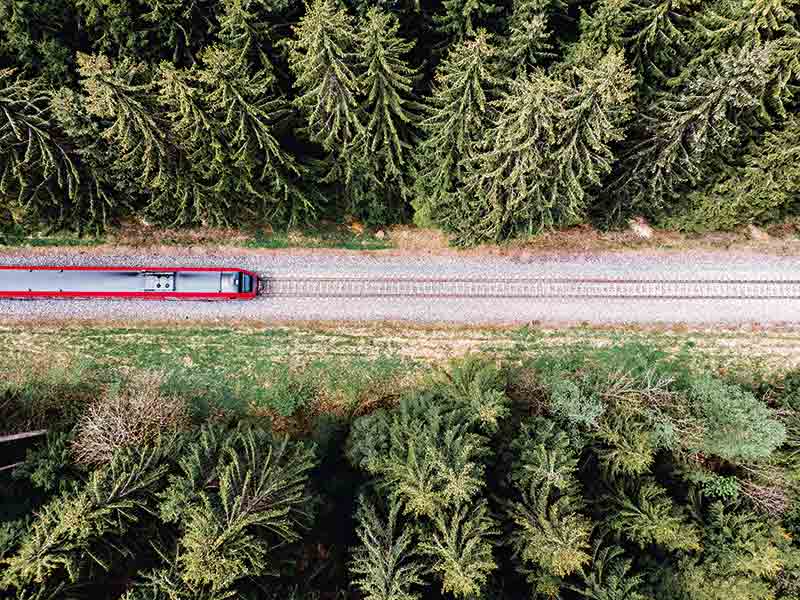 Recent evidence suggests that the Global North could learn a few things from the developing world – especially in terms of transportation
Featured | Infrastructure
Author: Barclay Ballard

In the 1980s, former German Chancellor Willy Brandt proposed a way of dividing the world into the ‘haves’ and ‘have-nots’. The so-called Brandt Line provided a handy visual depiction of the north-south economic divide that had developed by that time.

Although the Brandt Line continues to be used, it has also been criticised for promoting outdated stereotypes regarding the Global South. Certainly, several of the economies found on the ‘wrong’ side of the line have surpassed their northern counterparts in terms of digital technology, and many of their inhabitants live prosperous lives. Today, if the Brandt Line is used at all, it is alongside the caveat that it does not tell the full story of global development.

In particular, recent evidence suggests that the Global North could learn a few things from the developing world – especially in terms of transportation. The International Transport Forum’s 2019 Transport Innovations from the Global South report challenges the commonly held view that progress, regardless of the industry in question, comes from the countries in the Northern Hemisphere.

On its head
Innovation does not take place in a vacuum: new ideas build on the work that has been carried out previously and benefit from a constant exchange of information. Unfortunately, despite sharing plenty of problems when it comes to transport infrastructure, the Northern and Southern Hemispheres have not cooperated much.

Despite sharing plenty of problems when it comes to transport infrastructure, the Northern and Southern Hemispheres have not cooperated much

In the Global South, where there is generally less legacy infrastructure, innovation can be easier to cultivate. For example, Malawi’s Department of Civil Aviation created a drone corridor in collaboration with UNICEF for use in transport, imaging and data transmission. The trial has been successfully used to deliver medical supplies to remote areas and has led to similar initiatives being pioneered in Vanuatu and Kazakhstan, as well as several other African states.

“Shared transport solutions are seen as the norm in the Global South, where rail networks are often less widespread and there are far lower levels of individual car ownership,” Eleanor Lane, a partner in CMS UK’s infrastructure and projects team, told World Finance. “Less pre-existing regulation permits greater innovation. A historically lower level of state involvement has fostered a culture of people working together to create their own solutions. In addition, a less ‘joined-up’ approach across and beyond individual countries allows communities to choose what works best for them.”

A look across the Global South reveals a number of solutions that would probably face restrictions, logistically or legislatively, in more developed nations. Sometimes, without the weight of existing processes pressing down on the transport sector, new solutions can emerge. In India, a relay trucking system has changed the country’s logistics industry, while in Colombia, cable cars are not only a tourist attraction but a way of reducing social inequality in Medellín, the country’s second-biggest city.

Better together
Despite the innovation being witnessed in the developing world, the Global North isn’t rushing to adopt these developments. There are some good reasons for this. Substantial regulatory overhaul would have to take place in the developed world to leave room for bottom-up innovation. This doesn’t mean stripping away transport safety rules, but it does mean reviewing outdated policies.

“More developed nations are generally already heavily regulated,” Lane said. “Innovation requires flexibility; existing laws are inherently inflexible, and changing policies and procedures takes time. The drive for standardisation across borders permits ease of travel but reduces opportunities for innovation and flexibility of approach at a local, city and regional level. It is also likely that existing transport providers will resist change, viewing it as a potential challenge to their position.”

Other areas where the Global North could learn a thing or two include using transport innovation sandboxes to create a hierarchy-free environment, unburdened by regulation, in which to test new solutions. Greater interactions with non-traditional actors would also prove helpful, as these are often the entities driving progress in the fast-changing transport sector. Encouraging collaboration between these innovative actors and more traditional operators is one way of combining innovation with continuity.

Perhaps most importantly, the transport sector in the Global North could benefit from a change of mindset. An appreciation that important developments are taking place outside of the traditional markets might lead to unforeseen progress. Expanded horizons could deliver advantages on both sides of the Brandt Line.