The evolution of political lobbying

If prostitution is the oldest profession in the world, lobbying is the second oldest – power and influence have always gone together. But as the political arena evolves, so too must the tools available to lobbyists 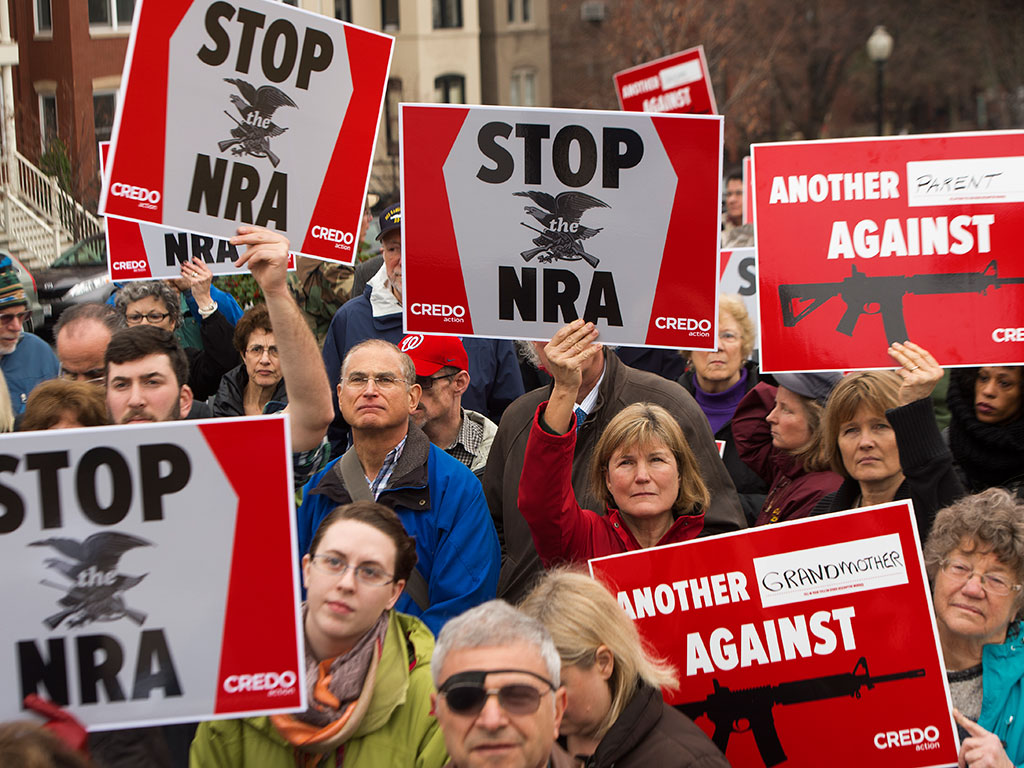 It has long been the accepted discourse that corruption is the reserve of poor and developing nations that lack robust legal frameworks. Developed, industrialised nations suffer less from this malaise, but instead operate on a much more sophisticated system: lobbying.

“When faced with a regulatory constraint, firms can either comply, bribe the regulator to get around the rule, or lobby the government to relax it,” says Bard Harstad and Jakib Svensson of Northwestern University and Stockholm University, respectively, in their Bribes, Lobbying and Development paper in the American Political Science Review.

Paying for change
Over the decades, lobbying has evolved from a shady underground of the political arena to an accepted part of the debate, though many would still struggle to correctly pinpoint exactly what separates this practice from bribery or corruption. However, Harstad and Svensson’s research has concluded that there is indeed a meaningful difference between bribing an official and pumping money into his election fund: lobbying works much more effectively. The key, for the two academics, is that a person or entity bribing an official is looking to operate outside of the law; those investing in lobbying are looking to change it.

This difference is particularly clear in the political model that has emerged in Washington over the decades, where elected officials increasingly depend on donations and contributions to fund exorbitant campaign costs. And donations, though supposedly given charitably in support of a cause or ideology, hardly ever come without any strings attached. Lobbying ensures that these strings are not only kept firmly attached, but are also pulled at the right times, for the right reason.

It is a mercenary political system that has flourished for decades in the US, and has been replicated all over the world. It is not an attractive facet of the American political model, and it is one the Barack Obama has tried hard to dissipate. On the first day of his first term in office, the president issued an executive order trying to limit the overarching grip that lobbyists exert over all spheres of political power in the US. His government ruled that any registered lobbyists were banned from working in his administration on any issue they had touched while lobbying, and that registered lobbyists who work at and then leave the government are not allowed to lobby the administration at all, except with a special permission from the White House budget director.

Catch-22
It was a bold move by the president, and while it might have limited the access lobbyists have to the administration, it has not really curbed the influence professional lobbyists have over government. It also woefully underestimates how much the American political machine relies on lobby dollars, and fails to distinguish between the type of lobbying that is productive and necessary and the type that is damaging and dangerous.

For Harstad and Svensson, the key distinction between lobbying and exerting undue influence is that any gains achieved through lobbying tend to affect an entire industry, whereas bribery tends to only benefit one specific company. Which is why it is not uncommon for many companies with similar interests to club their resources together in order to achieve more significant results.

According to Consumer Watchdog, the tech industry, led by AT&T and Google, is among the most generous in Washington. Google’s lobbying efforts tallied up to $14m in 2013, Microsoft spent $10.5m – an increase of almost 30 percent from the year before.

“Policymaking in Washington is all about how much money you can throw around,” says John M Simpson, Consumer Watchdog’s Privacy Project Director. “These tech guys are increasingly willing to spend whatever it takes to buy what they want.”

Tech companies lobby on a variety of issues, from the revision of privacy controls online to US immigration laws, an issue it should perhaps have no authority on. But it is a dangerous game; in 2011, Google led the cavalry against the proposed SOPA and PIPA acts that aimed at getting international piracy under control and protecting copyright.

The powerful tech lobby successfully shaped the public debate to make SOPA and PIPA out as censorship bills that would curb freedom of speech and innovation. Regardless of the merits of the anti-SOPA and PIPA movement, what was remarkable was the swiftness with which the debate was overcome, and the internet companies had their way.

Proponents of the practice will argue that lobbyists and lobby groups have a better knowledge of the industry and processes and are therefore better positioned to address lawmakers than the general public. The trouble is, clearly, that for a democratic system to work, government authorities should be held accountable to the electorate and what the electorate want, rather than to a minority of powerful and well-connected individuals, regardless of how well informed they are.

But as always there is a catch. Lawmakers cannot be expected to be knowledgeable about every single issue on the political agenda, and therefore rely on special interest groups, lobbyists and experts to help shape policy. Thomas Sowell, the renowned American economist, says that lobbyists are such a massive force in government because “reform through democratic legislation requires either ‘public consensus or a powerful minority lobby.’” For Sowell, though, this is not altogether a bad thing, as lobbyists are armed with fair knowledge.

However, it would be naïve to accept that a lobby will only ever use its knowledge, influence and connections – because those are also pivotal parts of a lobbyist’s arsenal – for what is in the public interest. Professional lobbyists are employed by companies to protect their interest with lawmakers, and will therefore work to get laws changed even when there might be no consensus or public interest.

The line is a dot
Over the years the lobbying process has moved from shady back tables at restaurants and subjected itself to the rule of law. Lobbyists today must be registered and every donation must be accounted for by all political entities. In theory it must all be done above board, every penny must be traced, but in practice this is almost impossible to police. Donations to political campaigns can be tracked and monitored, but few will ever know what deals were struck behind closed doors to secure those dollars. It can then become difficult to draw the line between a politician accepting donations and accepting a bribe.

A bribe is a bribe. People authorised only to act in the public interest may not use their office for private gain. Period

Former secretary of labour Robert Reich told Michael Maiello at Forbes that there is no difference as he sees it. “What’s the real difference between me bribing a customs agent so that I can bring a banned substance into the country or me contributing money to a senator and then cajoling him into making the substance legal for import?” Reich said. “Frankly, I don’t see much difference. A bribe is a bribe. People authorised only to act in the public interest may not use their office for private gain. Period.”

But the oversimplification of the issue can be just as problematic. “A government that ponders a change in the rules might have quite different concerns than a bureaucrat considering a bribe,” argue Harstad and Svensson.

“Possibly the most important difference… is that the bending of rules is temporary. Bureaucrats can seldom commit to not asking for bribes in the future, because corrupt deals are not enforceable in courts and because firms deal with different officials over time. A legislative change, on the other hand, alters the status quo and is therefore likely to last longer.”

A successful lobby for a change in legislation or procedure is, therefore, the gift that keeps on giving. Morally, though, the distinction is certainly a lot less easily defined.

Lobbying today is entrenched in the international political agenda and is not only confined to political donations. Successful lobby groups – corporations or special interest groups alike – control the environment in which an issue of interest is debated.

“If a public discussion on a company’s environmental impact is unwelcome, lobbyists will push instead to have a debate with politicians and the media on the hypothetical economic benefits of their ambitions,” say Tamasin Cave and Andy Rowell, in The Guardian’s summary of their book, A Quiet Word: Lobbying, Crony Capitalism and Broken Politics in Britain. “Once this narrowly framed conversation becomes dominant, dissenting voices will appear marginal and irrelevant.”

For Cave and Rowell, regardless of how regulated lobbying is in developed countries like the US and the UK, lobbyists will continue to operate behind closed doors. They quote one unnamed lobbyist as saying that the “influence of lobbyists increases when it goes largely unnoticed by the public.”

Part of that trick is to manipulate the media and the public to accept the message in the way lobbyists are trying to convey it. “Even if the corporate goal is pure, self-interested profit-making, it will be dressed up to appear synonymous with the wider national interest,” say Cave and Rowell. “At the moment that means economic growth and jobs.”

Bending the rules
And as the public and governments grow more aware and weary of traditional lobbying activities, it has become fundamental for the industry to branch out. Think tanks and sponsored research have emerged as an effective way to make a case.

Former UK minister Patricia Hewitt told undercover reporters posing as potential lobbyists during a Channel 4 Dispatches investigation that “the think tank route is a very good one… Does that think tank already have a relationship with minister X? Can we invite minister X to give a seminar on this subject? Your client would then sponsor the seminar and you do it via the think tank. It’s very useful because what you get for your sponsorship is you basically sit next to the minister.”

Harstad and Svensson concluded through complicated mathematical models that lobbying works, but their samples and assumptions come from an already uneven playing field. Large companies have the budget to lobby for policy change; small companies are stuck bribing petty bureaucrats. Underdeveloped nations will remain trapped in poverty as corruption prevents the implementation of adequate regulatory frameworks that would enable the shift away from bribery and towards lobbying. And, above all, it remains a matter of perception: would it be preferable to bend the rules or have them changed on a personal whim?

Lobbying is all about public perception, and globally that is getting increasingly difficult to manipulate as public debate moves online and becomes more accessible and compelling to the general public. And the louder the noise around an issue, the harder it is for lobby groups to control it. It explains the booming lobby budgets in the US, as companies try to remain in control of the situation.

However, it is unlikely that the nature of the relationship between politics and lobbying will change with records going online and information being made available legally. What will happen is that the lines between the legal and the illegal will continue to be blurred.