The Swiss bank has agreed to a $2.6bn settlement with US authorities, becoming the first major financial firm to plead guilty to criminal charges for 20 years 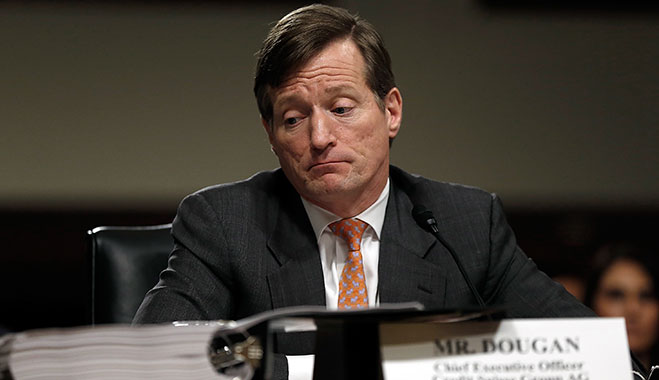 The Zürich-based financial services firm has lodged a guilty plea for helping American clients evade taxes as part of an “extensive and wide-ranging conspiracy”, so-called by Attorney General Eric Holder. As a consequence, the bank has agreed to pay a fine close to $2.6bn, although the charges stop short of revoking its banking license.

“We deeply regret the past misconduct that led to this settlement. The US cross-border matter represented the most significant and longstanding regulatory and litigation issue for Credit Suisse,” said the firm’s CEO Brady Dougan in a press statement, who went on to claim that no material impact had come as a result of the recent public attention.

US prosecutors determined after a lengthy trial that Credit Suisse had accomplished the illegal feat by concealing assets in undeclared bank accounts, some of which had been in operation for decades, and one for more than a century. What’s more, the bank was found guilty of subverting disclosure requirements, destroying bank records, and time and again failing to meet the most basic of tax compliance laws.

[T]he bank was found guilty of subverting disclosure requirements, destroying bank records, and time and again failing to meet the most basic of tax compliance laws

The criminal conviction marks an unusual state of affairs, which is understandable, given that major charges against financial firms can so often result in unrelated job losses and irrecoverable losses for the business in question.

The circumstances mark the first instance of a major bank pleading guilty to criminal charges for close to 20 years, and the repercussions look to blunt the bank’s earnings somewhat this coming quarter. In a press statement, the bank estimated that the settlement would reduce its second-quarter net profit by $1.8bn.

“This case shows that no financial institution no matter its size or global reach is above the law,” said Holder, as he called a close to the long-running case. “We will never hesitate to criminally sanction any company or individual that breaks the law. A company’s profitability or market share can never and will never be used as a shield from prosecution or penalty. And this action should put that misguided notion definitively to rest.”