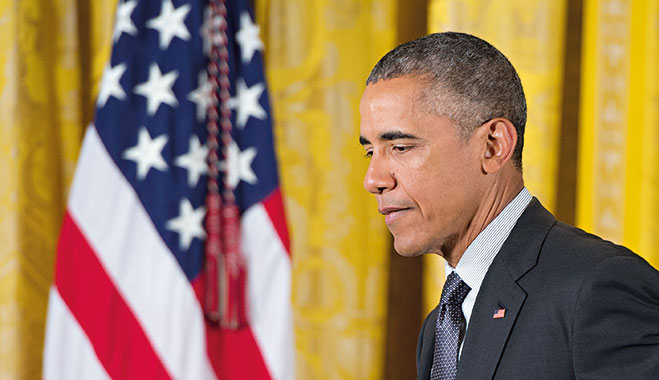 The Trans-Pacific Partnership Agreement (TPPA) is considered to be the largest regional trade agreement ever made. Applying to nearly 40 percent of the world’s economy, with signatories including Australia, Canada, Chile, Japan, Mexico, New Zealand, the US and Vietnam, the TPPA, once it has entered into force, will provide protection to investments made by qualifying investors from one TPP member state in the territory of another TPP member state. Those protections will include minimum standard of treatment, national and most favoured nation treatment, free transfer of funds relating to a covered investment, and prohibition on expropriation without compensation. Enforcement of the rights stemming from these protections will be available through a mechanism set out in the TPPA’s dispute settlement chapter.

Settling international disputes
The dispute settlement chapter in the TPPA is intended to allow qualifying investors to address any disputes that may arise between them and any TPP member state with regards to investments covered under the agreement. Although it is a requirement that the parties make every attempt to resolve their disputes through cooperation and consultation (thus allowing and encouraging the use of other alternative dispute resolution methods, such as mediation), when this is not possible, a qualifying investor will be able to commence arbitration proceedings and participate in the selection of a panel to rule over the dispute.

The dispute settlement chapter gives investors the option of pursuing either institutional or ad hoc arbitration. This means that an investor may submit a dispute to the World Bank’s ICSID arbitration, the UNCITRAL Arbitration Rules (providing that both parties involved in the dispute agree), or any other suitable arbitration institution. If no suitable organisations can be found, rules may be chosen in the alternative.

Global benefits
The TPPA and its dispute settlement chapter are expected to have wide-ranging benefits to investors whether they are from, or investing into, a TPP member state.

First, existing or potential investors from TPP member states who did not previously enjoy the above-mentioned protections under any other bilateral or multilateral investment treaties will now, for the first time, be able to submit an investment dispute to binding international arbitration. For example, for the first time in history, Japanese investors will be able to make use of this legislation in relation to investment disputes with Australia, Canada, New Zealand and the US. US investors, on the other hand, will be able to do the same with regards to similar disputes with Australia, Brunei, Japan, Malaysia, New Zealand and Vietnam.

While the current situation looks bleak for passage before the end of 2016, there is reason to be optimistic about congressional approval of TPPA

Secondly, the dispute resolution mechanism afforded under the TPPA is also relevant to both existing and potential non-TPP member state investors: for instance, the TPPA’s dispute resolution mechanism provides an alternative for any potential EU investors wishing to have recourse against the US through arbitration, but who do not like the idea of a court-like system (with an appeal mechanism), as currently proposed in the draft Transatlantic Trade and Investment Partnership Agreement (TTIPA) between the US and the EU.

It follows, therefore, that private individuals and companies from non-TPP member states, who possess an existing or planned investment in a particular TPP member state, should consider carefully how best to structure their investments if they would like to benefit from the TPPA and its dispute settlement chapter. This is especially apt if the dispute involves an EU investor hoping to bring itself within the framework of the TPPA’s (rather than TTIPA’s) dispute settlement mechanism. It is important that any such structuring of investment should occur before a potential dispute with a TPP member state has materialised.

Dispute resolution controversy
Despite the fact that investor-state dispute settlement (IDS) mechanisms have been included in numerous investment and trade agreements, including the North American Free Trade Agreement, and the fact that the US has never lost a case brought pursuant to such mechanisms, the concept is nonetheless controversial in certain legal and political circles: some legal scholars have long maintained that such provisions violate protections afforded to citizens by the US Constitution, including Article III, which establishes the judicial branch of the US government. The US Supreme Court ignored this argument in a 2014 decision, which decreed that domestic courts must defer to the arbitrators’ decision and not review the merits. Thus, at least for the time being, such mechanisms are permissible.

Some political leaders, especially progressives, have complained about the lack of checks and balances involved in this process. In particular, they have raised concerns about the challenge to regulatory sovereignty, while the White House has been criticised for including the IDS mechanism in TPPA. Among the arguments that the Administration uses for insisting that IDS provisions be included is the fact that TPPA, for the first time in history, includes a code of conduct for IDS arbitrators. The lack of standards for arbitrators has been a long-standing complaint about IDS provisions in other agreements, and in addition, the Administration repeatedly stresses that more than 3,200 treaties and other trade agreements already contain similar investor rights.

Political reactions
Beyond the dispute resolution mechanism, TPPA has become highly controversial, and so it is expected that Congress will not vote on it until after the 2016 presidential election, during the usual post-election lame duck session of Congress. Furthermore, it is quite possible that if the votes for passage do not materialise in that timeframe, a vote on TPPA could be postponed until the next Administration.

Different industry groups have raised serious questions about the way that their products and/or services will be treated as part of the agreement. Congressional committees are just beginning to delve into the details of the lengthy agreement and will not return to it in earnest for some time.

TPPA has become a key issue in both the presidential and some congressional campaigns, particularly with Republican senators in the lead-up to the tight re-elections of the coming year. While almost all of the Democratic presidential candidates oppose TPPA, most Republican candidates are either opposed to it or have expressed some concerns – some Republican candidates, however, view TPPA as an important step in maintaining US relevance in Asia and denying China free reign on trade in that increasingly important region. Republican presidential candidate Donald Trump, for instance, refers to TPPA as an example of what a poor job he believes that US trade negotiators have done in protecting US economic interests over the last few decades.

The Trade Preference Authority (TPA), which was authorised by Congress earlier this year and gave President Obama so-called ‘fast track negotiating authority’ so he was able to conclude the TPPA negotiations, passed the House of Representatives by a vote of 218-208, with only 28 Democratic members voting for it. The Senate, meanwhile, adopted the measure by the more comfortable margin of 60-38.

Generally speaking, labour unions and other liberal groups strongly opposed TPA, and continue to oppose TPPA. As a consequence, the Obama administration needs to hold virtually all Republican House votes on TPA in order to secure the adoption of TPPA. Obama administration officials are therefore working diligently with House and Senate Republicans to respond to their concerns sufficiently, in order to secure the votes needed for passage.

As with other recent trade agreements, the domestic politics are intense and can result in considerable delay in congressional consideration. Nevertheless, most agreements are eventually approved when the political circumstances improve after an election and intense lobbying by supportive business and other interests are brought to bear. Therefore, while the current situation looks bleak for passage before the end of 2016, there is reason to be optimistic about congressional approval. Similar debates are occurring in most of the countries party to TPPA, but on balance, it is anticipated the agreement will be approved by most – if not all – signatory countries.