Foreign direct investment is of huge importance to global economic development, but it has declined markedly over the last 12 months as tax reforms and anti-globalist policies take a toll 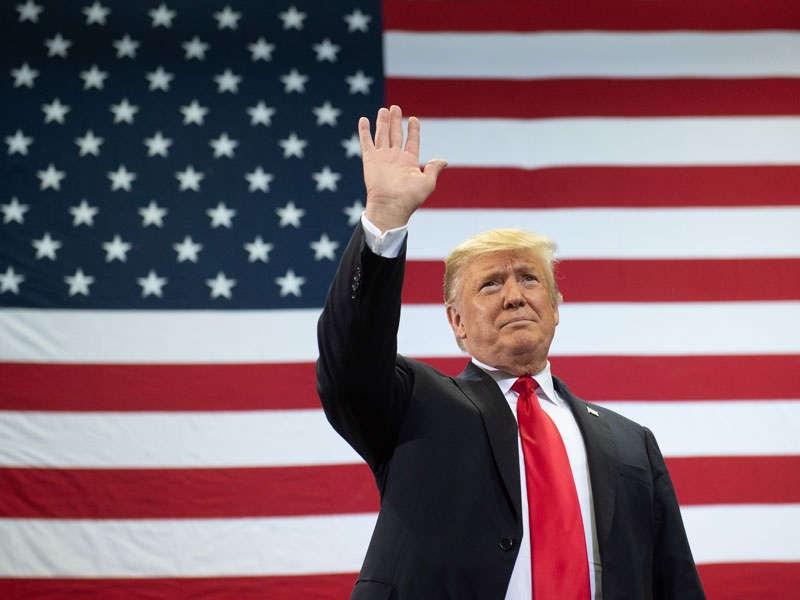 The fundamental cause in the steep decline of FDI has been the raft of changes to US economic policy that have been introduced by President Donald Trump
Featured | Government policy | Strategy
Author: Barclay Ballard

In the first half of 2018, foreign direct investment (FDI) around the world fell by 41 percent compared with the previous year. In fact, the $470bn invested across borders between January and June last year represented the lowest figure since 2005. Often such sharp declines are the result of an economic downturn: for example, between 2007 and 2009, as the global economy faced its worst recession in decades, annual FDI flows fell from $2.15trn to $1.1trn. Last year’s fall had a different cause.

For all the talk of geopolitical tensions, it is the expectation of financial gain that really determines where investors place their money

Primarily, the decline in FDI resulted from changes to US economic policy, namely the tax cuts President Donald Trump finally managed to pass in December 2017. But the decline has longer-term roots as well: FDI flows have been on the wane since 2015, with lower returns making investors less willing to part with their cash.

The cause of FDI decline may be less important than its impacts, however. FDI plays a crucial role in the world economy, especially with globalisation having strengthened international ties in recent years. If this contraction continues, it could have a damaging impact on growth in many parts of the world, particularly in developing economies.

America first
When the US Government passed the Tax Cuts and Jobs Act (TCJA) towards the end of 2017, much of the criticism levelled at the bill focused on how it could further entrench economic inequality and widen public deficits. Opponents came from across the political spectrum and included notable business leaders such as Warren Buffett and Michael Bloomberg.

While debate rumbles on regarding the legislation’s long-term economic benefits for Americans, the effect it has had on FDI is clear: in the first quarter of 2018, outward investment from the US plummeted to minus $145bn. It was the first time the country had recorded a negative FDI flow since the fourth quarter of 2015.

The TCJA saw US corporation tax fall from 35 percent to just 21 percent, and ensured multinationals would only face a one-time 15.5 percent tax when repatriating overseas earnings. Together, these measures have encouraged US companies to bring money back to their home country rather than send it abroad.

For Richard Bolwijn, Head of Investment Research at the United Nations Conference on Trade and Development, this has had a telling effect on FDI: “The decline witnessed in the first half of 2018 [was] driven mostly by the tax reforms in the US made in December of the previous year. As a result of that, US multinationals are pulling back a lot of accumulated foreign earnings, and that leads to negative FDI outflows [in] the US. This negatively affects FDI inflows [elsewhere].”

Chasing isolationism
Undeniably, developments in the US have a major impact on FDI figures globally. The US is normally the biggest outward investor in the world, as well as the recipient of a great deal of investment from other nations. But while Trump’s tax cuts may eventually make the US a more attractive destination for overseas wealth, his diplomacy-by-Twitter approach to international relationships could quickly outweigh any benefits.

The Tax Cuts and Jobs Act may have exaggerated the figures seen in the first half of 2018, but they were in keeping with longer-term trends

“In this era of globalisation, countries have increasingly embraced the market economy model, having seen the great potential it can bring,” explained Dr Johnny Hon, a Chinese angel investor and venture capitalist based in Hong Kong. “Should this global trend of increasingly liberal financial markets begin to recede, and if a generally more insular, nationalistic and protectionist culture were to develop and take hold, we may begin to see negative effects on host countries.

“This could accelerate the symptoms of financial instability, including increased unemployment, weaker infrastructure and, ultimately, a poorer quality of life. This also opens up the opportunity for local investors to capitalise on any uncertainty and monopolise domestic markets, making the entire country less competitive both internally and on the global stage.”

Currently, the money divested by US companies will likely take the form of overseas cash holdings. As such, it is unlikely to prove especially damaging to the host countries that stored it previously. There may be some short-term benefits for US citizens, too: Apple has announced plans to repatriate a significant portion of the $252.3bn it currently holds overseas, some of which will be invested in building new US data centres and creating more jobs. Other huge US firms – including Microsoft and Alphabet – have also indicated that they will bring some of their profits back home.

The long-term impacts of Trump’s tax cuts are more difficult to assess. Certainly, the incentive to repatriate money made abroad is much greater today. However, while FDI flows are heavily influenced by decisions made in the White House, the global picture is dependent on much more than the actions of the current US president.

Turning off the tap
FDI is of huge importance to economic development around the world. Capital inflows help with job creation, boosting output and reducing budgetary deficits. What’s more, investment is often accompanied by knowledge sharing and technological collaboration, which can also help recipient countries.

For Hon, the benefits of FDI are numerous: “FDI is considered one of the main drivers behind a country’s economic growth. It expands the base of investment in the country, not only because it is a source of hard currency, but [because] it also increases available physical capital – this is especially important for developing countries. This injection of money and assets can create a positive snowball effect on the economy.”

Fortunately, many of the developing countries that rely so heavily on FDI were not significantly affected by the decline. Wealthy nations were hit the hardest, with falls in emerging markets measuring a relatively subdued four percent when compared with the same period in 2017. Nevertheless, certain regions have struggled.

West Africa, for example, experienced a 17 percent decline in FDI in the first six months of 2018, while Latin America and the Caribbean suffered a six percent fall. In these regions, economic volatility and political uncertainty made investors reluctant to put their hands in their pockets. There are, however, ways that developing countries can attract FDI on a more consistent basis.

“The primary way to encourage more FDI flows is by improving the business and investment climate,” Bolwijn explained. “In the current climate – with declining overall flows and a shift towards intangible forms of international production – developing countries will have to work hard to develop their technological assets and workforce skills base.

“Clearly, the investment determinants that were valid until recently are gradually shifting, and now it is much more important to have a skilled workforce, an adequate intellectual property framework and digital infrastructure to attract investors.” If countries can improve their attractiveness to investors, there will be plenty of advantages, but there are reasons to believe that – in the medium term, at least – lower levels of FDI are here to stay.

Following the money
It’s important that FDI figures are analysed carefully before any conclusions are drawn. As Bolwijn said, they contain “a lot of noise”. This is because they can include intra-firm loans, mergers and acquisitions, and one-off payments that substantially skew the figures. These types of financial flows make a huge difference to balance sheets, but have little impact on the real world. It’s greenfield investments – FDI that sees a company start a new project in a foreign country from scratch – that make a real difference to developing economies. In contrast to the declining overall figures, there was a 42 percent increase in the value of greenfield projects in the first six months of 2018. Even so, a worrying trend is emerging.

While the average return for FDI was 8.1 percent in 2012, it has declined consistently since. In 2017, it was just 6.7 percent. For all the talk of geopolitical tensions, it is the expectation of financial gain that really determines where investors place their money. If returns are lower, it stands to reason that investment will be too.

“One of the reasons for the lower returns we have seen over the last few years is sharply lower commodity prices that have proved challenging for extractive industry sectors, which account for a large chunk of traditional FDI,” Bolwijn said. “If we look at the more efficiency-driven investments, there is a possibility that there is a decline in arbitrage opportunities in international production… [This could come] as a result of the convergence in labour costs around the world and because of measures to reduce international tax avoidance.”

It’s certainly true that investors have to work harder now to find the right opportunities overseas. Many foreign affiliates established in China, for example, are looking to divert to other regions as labour costs rise. Similarly, efforts to crack down on profit shifting mean that tax arbitrage is becoming more difficult. For policymakers in emerging markets, where investment is needed to achieve sustainable development, the fall in FDI returns should be a major concern.

While there are reasons for optimism – not least of all the fact that greenfield investments continue to grow – many national governments and businesses will be hoping the decline in FDI is reversed soon. The US tax reform of December 2017 may have exaggerated the figures seen in the first half of 2018, but they were in keeping with longer-term trends. Lower FDI levels are also consistent with a growing trend of distrust towards further globalisation – in certain parts of the world, at least.

Ultimately, such protectionist measures are likely to only be temporary. If the US wants to permanently step aside as the leading nation in terms of FDI, then China will be more than happy to take its place. Beijing’s Belt and Road Initiative is evidence of that. FDI may be in the doldrums right now, but lucrative opportunities continue to exist in both the developed and developing world. As long as that is the case, investment will continue to flow.