An ongoing crisis in India’s shadow banking sector has sparked a credit crunch and contributed to a major economic slowdown in the country, pointing to a need for greater surveillance of these institutions 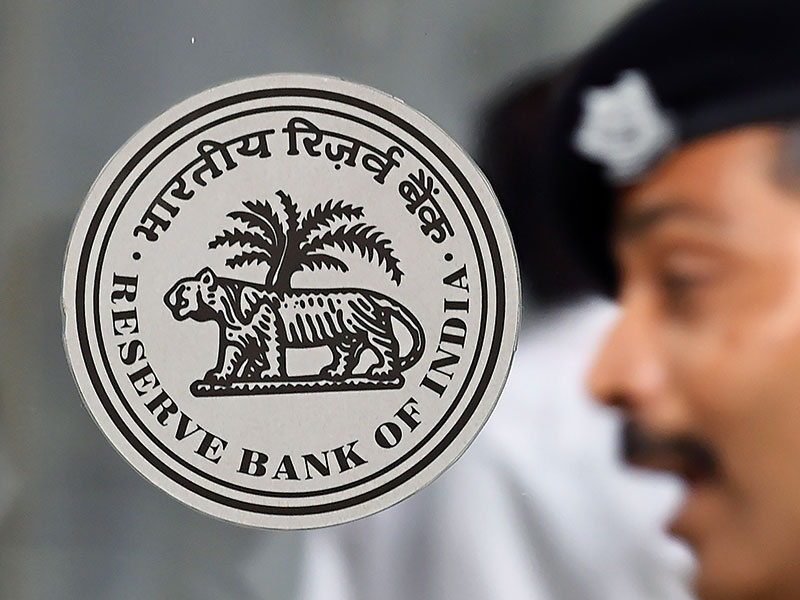 A report by the Reserve Bank of India suggests that the failure of any one of the top five shadow finance companies in India could trigger defaults in up to two banks
Banking | Featured | Private Banking
Author: Charlotte Gifford

India’s love of gold goes back centuries. The precious metal plays an important role in traditional ceremonies, such as weddings and festivals, and it is such an important asset that households typically pass down gold jewellery and trinkets from generation to generation. So when Indians begin pawning their gold, it is a sign that the country has fallen on hard times.

Many workers in India are selling off their family gold amid a credit crunch that has brought the country’s real estate and automotive sectors to a standstill and left hundreds of thousands without work. In a country that has been hailed as the world’s fastest-growing economy for decades, GDP growth is now at its lowest in six years (see Fig 1).

Analysts have blamed the liquidity crisis on a range of factors, including clumsy policy moves, an unforgiving business environment and a tepid global economic climate. But few could deny that the credit crunch predominantly stems from India’s $42bn shadow banking sector, where an ongoing crisis has left many individuals and businesses unable to secure loans.

As shadow banks are left unable to lend, some of India’s major sectors have found themselves strapped for cash

A moment in the sun
Since the 2008 financial crisis, the number of non-banking financial companies (NBFCs) – or ‘shadow banks’ – has grown rapidly around the world. The success of these entities, which include hedge funds, insurance companies and pension funds, was partly due to increasing regulatory pressure on traditional banks. Today, total lending to NBFCs stands at $7trn globally. Unlike normal banks, shadow banks can’t borrow from central banks and don’t insure customer deposits – they use short-term sources such as commercial paper to borrow from banks, mutual funds and insurance firms in order to fund long-term projects.

In India, where there are more than 11,000 shadow banks, this sector has come to play a vital role in the economy. The rise of these institutions can be traced back to the 2000s when there was a boom in large-scale infrastructure projects. Some developers struggled with repayments and left state-owned banks saddled with non-performing loans. As a result, these banks began shunning riskier borrowers. “For about five or six years, banks basically stopped lending to real estate,” said Harsh Vardhan, a senior advisor at Bain & Company.

Shadow banks moved to fill the void. These entities went on a lending binge in the 2010s, accounting for nearly a third of new loans in India between 2015 and 2018. Their lending allowed for the huge rise of small to medium-sized businesses during this period. “SMEs were able to draw money from NBFCs as they have traditionally had a good reach in the interiors of the country and have expertise in things like vehicle finance, machinery [and] service equipment,” said Madan Sabnavis, Chief Economist at CARE Ratings. In this way, shadow banks contributed significantly to India’s rapid economic growth. Turn for the worse
This party came to an abrupt end when IL&FS, a major Indian infrastructure lender, ran into trouble. The institution, which until then was AAA-rated, defaulted on an INR 10bn ($140.14m) bond repayment to the Small Industries Development Bank of India in June 2018. Over the following months, the trouble came thick and fast: IL&FS defaulted on five bank loans, prompting the government to step in and take control of the firm.

The default rocked India’s financial markets. The Economist called it India’s “Lehman moment”. Amid the panic, investors shunned NBFCs, concerned about their hidden risks. “Even other entities [that] had no direct issues suddenly found that they could not raise funding very easily,” Vardhan told World Finance. “The cost of their borrowing had gone up.”

More than a year later, the crisis is far from over. In the financial year that ended in March 2019, credit by shadow banks fell 30 percent from the year before. Businesses that relied heavily on shadow banks have been left struggling to secure funding. Not only has this prompted a liquidity crunch among India’s real estate and automotive sectors, but it’s also created problems for the rest of the banking sector – after all, shadow banks are among India’s biggest borrowers.

“Roughly 50 percent of their financial funding comes from banks, which means that there is a solvency issue with this,” Vardhan said. “If they start defaulting, then obviously some banks will default.” On this basis, S&P Global Ratings has warned that India’s financial sector now faces “a rising risk of contagion”.

Feeling the pinch
As these financially important institutions are left unable to lend, some of India’s major sectors have found themselves strapped for cash. One of these is the real estate sector. When mutual funds and insurance firms stopped lending to shadow banks, many of the infrastructure projects that took off in the 2000s skidded to a halt. According to Anarock Property Consultants, there are currently $63bn worth of stalled residential projects across the country. Without sufficient financing, many developers are going bankrupt.

The credit crunch has also delivered a serious blow to the country’s automotive sector. Its current slowdown is one of the worst India has seen, with passenger vehicle sales experiencing their steepest fall in 18 years. The government has been reluctant to accept responsibility, with Finance Minister Nirmala Sitharaman blaming the slowdown on “the mindset of Millennials, who prefer to use ride-hailing services such as Ola and Uber”. However, the main reason car dealerships are going under is because they are struggling to secure finance. Since shadow banks lent to less creditworthy borrowers, banks are wary to take their place, which only adds to the woes of dealerships. Across the country, firms in the industry have laid off about 350,000 workers; as more people lose their jobs and see their income slashed, consumer spending drops, sending the economy into a vicious downward spiral.

As well as being an important source of credit for many industries, shadow banks are fully integrated into India’s financial services sector. Many shadow banks lent from state-owned banks, mutual funds and insurance firms, meaning a collapse could have a domino effect on the wider banking sector. A report by the Reserve Bank of India suggests that the failure of any one of the top five shadow finance companies could trigger defaults in up to two banks. If this happened, the government’s ability to support depositors would be limited, owing to the increasingly narrow leeway for dealing with any such collapse. This increases the risk of a full-blown financial crisis. It’s this threat that led ratings firm Moody’s to lower India’s outlook in early November from stable to negative, citing concerns about the country’s access to funding.

Vardhan is optimistic that such a financial crisis is far from inevitable, as long as the government takes appropriate action. “As of yet, nobody has had a solvency issue,” he told World Finance. “As long as that is the case, then we don’t have a contagion risk.” Meanwhile, Sabnavis points out that not all NBFCs are at risk of defaulting – it’s only those with a history of “incorrect practices” that have exacerbated the crisis. “There are several large NBFCs [that] have prudent and viable models, and have not been affected by this crisis,” he said.

As unlisted entities, shadow banks have so far come under less scrutiny than India’s state-owned banks. However, the current crisis has made it clear that these institutions need more regulatory oversight. “The lesson learned is that we need to have more supervision,” Sabnavis said. “Just as we have had an asset quality review for banks, so should it be for NBFCs, whose loan book is around 18-20 percent the size of banks and hence has an important position in the financial system.”

Into the light
India is taking steps to improve the supervision of these institutions and minimise the risk of contagion within the sector. The government recently amended its insolvency and bankruptcy rules to give the Reserve Bank of India the ability to refer shadow banks to insolvency courts. The first shadow bank to go into insolvency proceedings will be the real estate lender Dewan Housing Finance: after a series of defaults in 2019, it stopped taking deposits and delayed some of its debt payments. Like IL&FS, the lender was taken over by the Reserve Bank of India after it racked up debts of $14bn owed to banks and mutual funds. That it will now be moved into bankruptcy proceedings marks an important step forward for the sector as a whole.

“We have seen a major clean-up operation [that] will lead to the weaker firms being gradually moved out from the system,” Sabnavis said. “This will lead to greater prudence on the part of NBFCs in terms of re-evaluating their business models. Some of them may even pitch for banking licences, as this would be the right way to grow.”

The Indian Government is also determined to tackle the credit crunch brought about by the crisis: in November, Sitharaman announced that $1.4bn would be put towards restarting unfinished infrastructure projects. India will also sell stakes in five state-owned companies, including one of its largest public oil companies, in order to attract much-needed foreign investment to boost growth.

However, the shadow banking crisis and the shockwaves it sent through the wider economy have cast doubts over the government’s ability to salvage the situation. On the campaign trail, Prime Minister Narendra Modi claimed he would make India a $5trn economy by 2024, but since taking office in 2014, Modi has been accused of making hasty decisions that have damaged the country’s economy. The most high-profile example of this was when he abruptly pushed through demonetisation in 2016, wiping out 86 percent of the currency in India’s market and leaving many cash-reliant businesses struggling to stay afloat. It’s another reason why the real estate and automotive sectors are as vulnerable as they are today.

With that said, these economic issues – including the shadow banking crisis – cannot be blamed entirely on Modi. The crisis has exposed a number of systemic weaknesses in the financial sector, such as the lack of a legal framework around a financial institution’s insolvency. In this respect, Modi’s error was neglecting to prioritise reform of the financial system he inherited. Now, he desperately needs to push for change if he’s to get economic growth back on track. He’s promised to boost infrastructure spending and financial support for agriculture, but keeping the financial sector afloat may be his most urgent responsibility.

Once the fastest-growing economy in the world, India is now in the midst of a steep economic slowdown. As much as the government might want to blame its misfortunes on the uncertain global economic climate, the fact that it is not a major exporter of manufactured goods means the country is less exposed to the US-China trade war and global manufacturing slowdown than other export-reliant nations. The roots of India’s economic woes go much deeper. Modi must tackle the financial sector’s weaknesses and improve regulation of its shadow banks if he’s to kick-start growth, create jobs and fulfil his promise of modernising India’s economy.