The benefits of an unconditional basic income

With job markets becoming increasingly unstable, the provision of a universal basic income could be the key to a successful modern economy 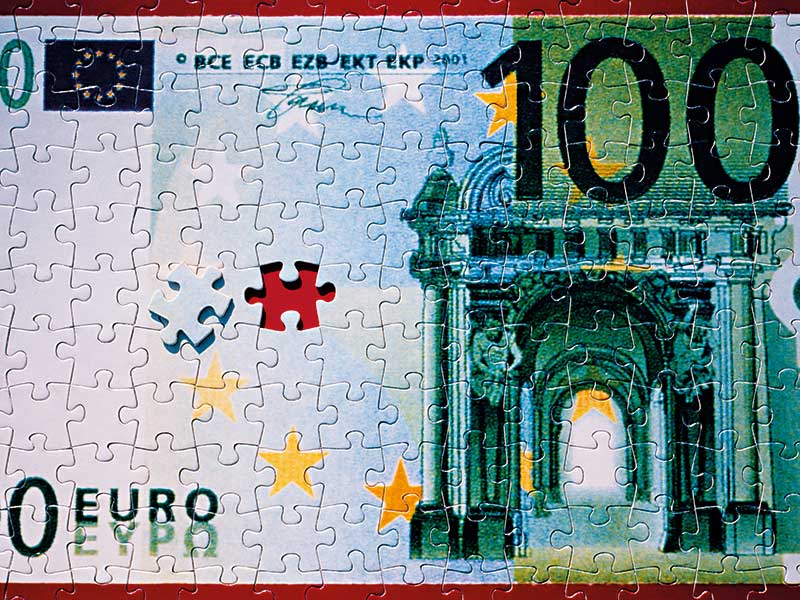 An unconditional basic income could prove to be the perfect fit for European economies
Legal | Strategy
Author: Kim Darrah

At the start of the year, Finland became the first European country to provide citizens with an unconditional basic income. As part of a two-year social experiment, a number of unemployed Finns will be guaranteed a monthly income of €560 ($591), with payments continuing even after they enter employment.

The prospect of providing people with a state-funded basic income is nothing new: libertarians have long held the belief the policy safeguards a fundamental kind of freedom, while the left hail its potential to foster greater equality. Indeed, the concept enjoys cross-party support in Finland, with those on the right keen to wipe out welfare bureaucracy and all parties eyeing its potential to tackle the country’s persistent problems with unemployment.

Modern welfare models often discourage job seekers, with complex conditions prompting many to decline work for fear of losing out

The Finnish experiment represents a milestone in a wider movement; support for universal basic income is growing across Europe. Speakers at the World Economic Forum have also endorsed the idea, arguing it would preserve social cohesion in the face of rapid developments in technology. Speaking to World Finance, Professor Karl Widerquist, a political philosopher and economist at Georgetown University, asserted a universal basic income could be the “missing piece” in our economies.

Benefit system failure
The predominant welfare model centres on the assumption citizens need forceful incentives to make them work, with most developed nations administering a complex structure of sanctions to coerce people into employment. Thus, the seemingly radical notion of providing an unconditional pay packet has prompted a second look at the function of incentives in the job market.

While common criticisms suggest the policy would create a dysfunctional economy of layabouts, it seems the opposite may, in fact, be true. Current welfare models often discourage those seeking employment, with complex conditions prompting many to decline work for fear of losing out. This effect is compounded when the majority of available jobs are poorly paid, unstable, part time or gig-based.

Widerquist argued: “We do need to have incentives so that people will work more, but those incentives don’t have to be so harsh that a person who is unable to find a job – or who doesn’t like the jobs on offer – has to be homeless or begging for some sort of unemployment insurance.”

Perhaps surprisingly, it is this freedom to say no to employment that could spark one of the most important economic benefits of the policy. Given the ability to escape the punitive consequences of unemployment, people would be able to take their time, finding jobs better suited to their abilities and providing greater stimulation. It would also afford individuals the freedom to continue education, train in new disciplines or experiment with business ideas. In turn, this could lead to greater productivity and innovation, as people are free to pursue careers in areas in which they feel they can make a notable contribution.

Job market insecurity
Recent calls for a basic income have come at a time when advances in technology are threatening to de-skill large portions of the global economy. Widerquist noted: “There is a good chance that driving is going to be outmoded, [which would] be a big hit to unemployment – and who knows what else could be outmoded?”

Many have predicted the coming ‘fourth industrial revolution’ could have serious implications for job market stability, with a study from the University of Oxford finding 47 percent of US employment faces a ‘high risk’ of automation in the next 20 years. Crucially, this will devalue the skills many have cultivated throughout their careers.

Widerquist stated: “We don’t want to just throw people into the lowest labour market – we want to cushion them from that, and give them the time to retrain and think about the next up and coming things to retrain for.”

Of course, many remain unconvinced the hefty price tag of an unconditional basic income is a viable state expenditure. However, with the oncoming fourth industrial revolution, skills will continue to be outmoded at an alarming rate, prompting further inequality and testing social cohesion.

The existing welfare model will look increasingly outdated as employment becomes more reliant on part time and gig-based workers. The coming reality of disruptive technologies, job insecurity and unprecedented inequality will only add fuel to the argument that there is a missing piece in our economies. But, with support growing throughout Europe, Finland’s adoption of an unconditional basic income may just prove to be the perfect fit.