Why everyone’s talking about ‘dark pools’

‘Dark pools’ have been used for trading purposes since the 1980s, but following a number of investigations into leading financial institutions, they are set to become much more high-profile 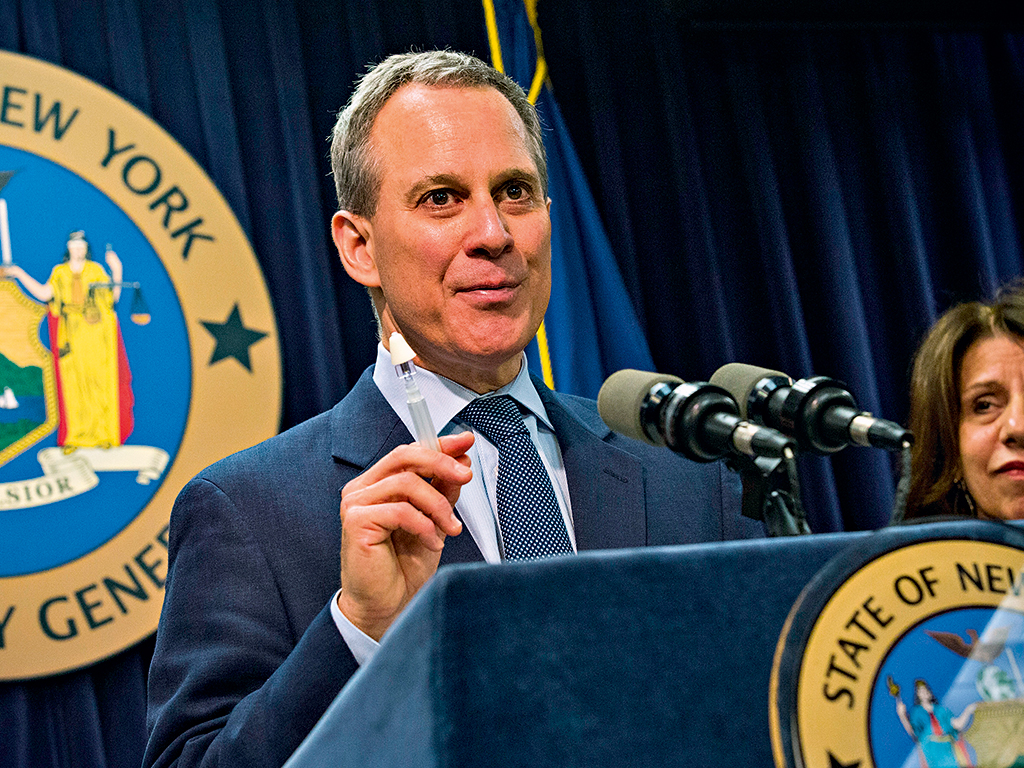 Many investors could be forgiven for having a knowledge gap when it comes to knowing what ‘dark pools’ are. The June 2014 announcement from New York State Attorney General, Eric Schneiderman, that he was launching a probe into the activities of Barclays Bank, however, at least brought to the public’s attention a hitherto mysterious investment backwater.

In his announcement, Schneiderman said that in the case of Barclays, not only did he have evidence of the bank’s staff falsifying marketing materials, but also evidence of it misleading major institutional clients in a bid to expand its dark pool activities and boost revenues.

In addition, he accused the bank of playing both sides against the middle by giving preferential treatment to brokers and proprietary trading firms employing high-frequency trading strategies, while telling other clients it was protecting them precisely from such tactics. Barclays has since filed a motion contesting the claims, arguing Schneiderman’s office used misleading information in its suit.

If Schneiderman’s initiative marks a more aggressive stance being taken by the US authorities it merely follows steps already taken by Australia and Canada in limiting the trading volumes of dark pools.

Dark pools are dark for a reason: buyers and sellers expect confidentiality of their trading information

An existing force
First and foremost, dark pools are not a new phenomenon and can trace their origins back to the late 1980s when technology was less advanced and larger scale trades had a proportionately greater impact on market pricing. In essence, dark pools emerged when some institutional investors decided they needed to get together and trade in an environment where they could avoid the prying eyes of public exchanges or brokers and be able to buy or sell large quantities of stocks without affecting the market, thereby getting better execution prices.

In 2005, dark pools accounted for just three to five percent of total market trading activity. By 2012 this had almost tripled to 12 percent, according to estimates from the TABB Group. Much of this due to the advent of electronic trading and a SEC rule that came into effect in 2007, aimed at generating greater competition and reducing transaction costs. Meanwhile, overall non-exchange trading accounted for roughly 40 percent of all US stock trades by 2014.

At its simplest level the objective of a dark pool is so-called ‘price improvement’. In other words, if the bid price for a stock on a recognised exchange is $30 and the first asking price is $30.30, the dark pool will typically set the price at the midpoint of $30.15.

However, participants in a dark pool won’t know who the other participants are and similarly won’t, in theory, know if there is interest in stock they may wish to offload, hence the availability of information is self evidently paramount. To address this issue some brokers may do ‘payment for order flow’ deals and agree to send orders to a particular dark pool.

Alternatively, ‘indications of interest’ from dark pools may come into play. In this case information such as the particular stock, its price and how much of the stock is available may be revealed. Worth noting is that not all dark pools are the same. While some will passively match buyers and sellers at exchange prices, such as the midpoint of the exchange bid and offer price, others will execute orders by their price and time priority, according to Haoxiang Zhu of the MIT Sloan School of Management in his paper, Do Dark Pools Harm Price Discovery?

A measure of success when it comes to trading privacy and the quest for best execution prices can be seen in the more than 40 alternative trading systems currently in operation in the US – many of them dark pools – these in addition to the public exchanges. It isn’t difficult to see why when one examines the mechanics of what was going on prior to non-exchange trading.

Past alternatives
Before the advent of dark pools, an institutional investor with a very large parcel of stocks needing to be offloaded had a number of options available. These included working the sale through a floor trader, which could often take a day or so; breaking the order up into much smaller units and hoping for a reasonable weighted price average or finally, selling off the parcel in small amounts over a number of days until the entire block was offloaded.

While the vendor was always going to be open to pricing downside, irrespective of the path taken, because identities of buyers and sellers could not be kept secret, the option of trying to offload stock over a period of time until the sale was completed as a whole, was viewed as an even riskier bet than the negative market impact of a large one-off sale.

For purchasers of stock in a dark pool, on the other hand, the one obvious downside is potentially sitting on overpriced stock should news of that sale/purchase leak into the public domain and cause the stock’s price to slump.

The investment landscape began change in 2007 when the SEC in the US passed new regulations that would become known as Reg NMS (Regulation National Market System). Its aim was to generate competition when it came to both individual orders and individual markets, ostensibly to promote efficient and fair price formation across securities markets.

This was in stark contrast to the market architecture of the early 1970s when there was no national market system and the overall market for securities was a fragmented one. From a practical standpoint the same stock could, in theory, be traded at different prices at different trading venues. Indeed, the NYSE ticker tape did not report trades in NYSE-listed stocks that were traded on regional exchanges or on the OTC markets. By the mid-1970s the US Congress finally authorised the SEC to facilitate a national market system.

Reg NMS built on rules formulated in 2005, that included the Order Protection (or Trade Through) Rule, providing intermarket price priority for quotations that are immediately and automatically accessible. The problem was, Reg NMS opened up a can of worms, given it required traders to deal on a trading venue at the lowest price, rather than a venue offering the quickest execution or the most reliability.

While critics have viewed all this as unnecessary government interference the rule’s defenders counter that all it does is simply require brokers to do what they should be doing anyway, i.e. acting in their customers’ best interests.

Given Reg NMS increased competition for the exchanges by removing rules that protected manual quotations by exchanges, investors were now being given the opportunity to trade elsewhere if they could find a better price more quickly.

Making a splash
Enter dark pools, where not only like-minded institutional investors could get together to buy and sell stock without affecting the market, but also find even better prices. However, against the backdrop of an increase in automated trading as technology continued its inexorable advance, broker-dealers saw this as an opportunity to set up their own dark pools.

Unsurprisingly, they began to attract clients with big trades and looking to save on dealing costs. The question of whether Reg NMS has achieved its stated aim of protecting investors, or whether it has produced unintended consequences, remains open to debate. In a December 2013 speech before the Consumer Federation of America’s annual conference, Luis Aguilar, a Democratic member of the SEC, opined that the commission should immediately revisit Reg NMS.

As some critics have noted, competition has acted as a driver for rapid-fire high-frequency trading, which in theory puts the ordinary retail investor at a disadvantage.

High-speed firms have been able to reap profits by being more agile than their competitors by moving quickly between different trading venues. Competitors have fought back by developing their own trading algorithms so they too can compete.

After taking a relatively passive stance initially – ostensibly on the grounds it was unclear whether high frequency trading helped or hindered markets overall – the SEC, following on from Barclays, has since launched probes into the activities of Deutsche Bank and UBS to determine whether broker run exchanges have given an unfair advantage to high-frequency traders. The two banks have been named in class action suits alleging both violated US securities laws by allowing high-speed traders to make a profit at the expense of institutional investors, such as pension funds and insurance companies.

While UBS confirmed in its quarter two earnings report it was responding to inquiries from the US authorities over the operation of its ‘dark pool’, Deutsche Bank merely confirmed it had received requests for information from certain regulatory authorities related to high frequency trading, without giving additional details.

In the case of Barclays meanwhile, the impact – post-probe announcement – was near immediate with the number of shares traded on its Barclays LX alternative system slumping 79 percent in the space of 10 days, to 66 million shares (from 197 million), according to a report from Wall Street’s self funded regulator the Financial Industry Regulatory Authority (FINRA).

Meanwhile, Deutsche Bank, Credit Suisse and Royal Bank of Canada, among others, stopped routing orders to Barclays’ dark pool after the securities fraud lawsuit was filed. While Barclays, Deutsche Bank and UBS are the first (and certainly won’t be the last) institutions to fall afoul of US regulators, history records how the US authorities have altered their stance in recent years – eBX LLC being a case in point.

Cracking down
In October 2012 the SEC charged Boston-based dark pool operator eBX LLC with failing to protect the confidential trading information of its subscribers and not disclosing to all subscribers that it allowed an outside firm to use their confidential trading information. If eBX, in effect, misled investors by having insufficient safeguards and procedures in place to protect them, it eventually paid for it with an $800,000 fine to settle the charges.

Yet as Robert Khuzami, Director of the SEC’s Division of Enforcement noted at the time: “Dark pools are dark for a reason: buyers and sellers expect confidentiality of their trading information.

“Many eBX subscribers didn’t get the benefit of that bargain – they were unaware that another order routing system was given exclusive access to trading information that it used for its own benefit.” In other words the implication was that dark pools were acceptable – even if the imparting of confidential customer information – evidently wasn’t. Prior to the Barclays announcement the SEC had already announced plans requiring more oversight by traders of their algorithms relating to the buying and selling of shares. SEC Chairwoman Mary Jo White publicly stated she was wary of setting speed limits on traders, although the regulator would consider options that would minimise the speed advantage some industry players have.

When the dust begins to settle and the ongoing probes have been concluded, the likely public fallout may mean White having a battle on her hands from the politicians. Watch this space.