America’s crackdown on tax avoidance: will it work?

Amid mounting pressure last year, the US launched a supposed crackdown on tax inversion. But it might not have been as far-reaching as was made out, and with good reason 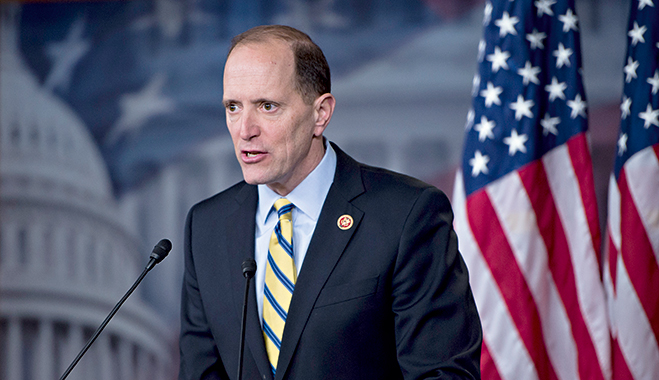 The recent G20 crackdown on tax avoidance by funnelling profits through tax havens has sparked a variety of reactions – not least from the likes of tech giants including Google, Facebook, Apple and Microsoft, whose representative lobby groups have raised objections against the two-year international programme that was kicked off in 2013. And it’s no surprise given the implications a genuine crackdown on tax schemes would mean for those names – and for the economies reliant on them.

It’s in the US, home to some of the biggest players in the world, that the crackdown has been especially prolific. The new guidelines brought out by the Treasury Department in September 2014 were supposedly meant to discourage tax inversions – that is, the act of moving a company’s tax address to another country to cut tax bills; a practice that shot into the limelight with the proposed $118bn Pfizer and AstraZeneca merger in April 2014. The guidelines appear to have had some impact, leading to the collapse of what was to be the biggest American acquisition of a European company seen in history – AbbVie’s planned $56bn takeover of Shire (see Fig. 1).

But despite the excitement that collapse stirred up among advocates of the crackdown, others believe the new rules will make little difference. Among the critics back in September was House Ways and Means Committee Chairman David Camp, according to whom “a few campaign-style speeches and stopgap measures from Treasury won’t do it. It hasn’t worked in the past”, The Wall Street Journal reported. The US Chamber of Commerce took a similar standpoint: “The administration didn’t really affect the ability of companies to invert”, Chief Economist Martin Regalia said in an interview with MarketWatch. “When you read the fine print, they admit it won’t affect inversions.”

By cutting tax bills, companies can theoretically afford to boost the wages of their workforce

Useful loopholes
Companies are continuing to find ways around the measures supposedly implemented to deter them. If they didn’t, the US would find itself waving goodbye to the large corporations and top talent it’s so desperately attempting to attract and retain – as seen through a variety of measures proposed by the Whitehouse in 2014 to draw in skilled workers from overseas and boost the economy.

The US government seems fully aware of that, and in the past it sought to purposely create opportunities for companies to cut their corporate tax bill. It introduced a ‘check-the-box’ loophole in 1997, for example, which ruled that businesses could avoid paying tax on inter-company payments; Amazon has felt the benefits of that, cutting its tax bill by over $700m between 2005 and 2012, according to Reuters, by shifting profits between its Luxembourg and Nevada subsidiaries as well as between its affiliates in Europe.

Furthermore, the anti-inversion guidelines themselves seem to have left useful loopholes for businesses. US drug-maker Mylan, for example, has so far persisted in its planned takeover of Swiss manufacturer Abbott Laboratories – an inversion that’s meant to reduce its tax bill from 20 percent to the “high teens”, according to The Financial Times. This failure to be deterred may be partly down to the fact Mylan managed to find a way around 2004 guidelines supposedly designed to discourage inversions.

By giving out $34m worth of stock ahead of the takeover – according to a plan detailed in a filing – it would avoid subjecting executives and directors to the 15 percent transaction-related excise tax that would be applicable post-takeover. Being able to get around the deterrents that form part of the so-called crackdowns seems imperative in a country where corporate tax is so notoriously high.

In December everyone from Apple to Disney and Pepsi to FedEx were found to be benefitting from the Luxembourg tax landscape. Meanwhile it’s not a secret that a number of major companies benefit from the types of tax shield used by Amazon, whereby profits are transferred at carefully planned intervals to avoid soaring tax bills. Such methods, permitted by governments, point to the glaringly obvious reality that major American corporations need these structures to support their shareholders, grow their business and maintain their competitiveness.

The US economy needs them too. Koen Roovers, EU advisor for the Financial Transparency Coalition, argues that the schemes used by major companies gnaw away at the tax base and in turn threaten infrastructure and other basic requirements. “It erodes the revenue base that governments count on”, he says. “If these governments want to continue the programmes they are running, they are likely to respond to it by increasing the tax burden on those tax payers that have little choice than to pay – workers through pay role, consumers through VAT.” University of Connecticut tax law Professor Richard D Pomp agrees. “The less that gets shouldered by corporations, the more the middle class has to pony up”.

Essential for the economy
That seems a somewhat limited view, ignoring the likelihood that major companies would quit the US or the respective high-tax jurisdiction if the government did make a fully comprehensive, watertight crackdown. According to Regalia of the US Chamber of Commerce, the Treasury guidelines have already had some negative impact. “The administration just assured that deferred income in the once foreign subsidiary will never come back to the US to help create income, jobs, and economic growth here”, she said back in September, according to The Wall Street Journal.

She added in an interview with MarketWatch: “What they did was go after this little piece of accumulated cash abroad and said, “We don’t want you to bring it back. That doesn’t help the US economy. It doesn’t raise any additional tax revenue.” Any further crackdown would only worsen that, having a potentially catastrophic impact on investment in the country and denting the tax base by sending workers overseas.

Roovers adds further that avoidance schemes conflict with the notion of state unity. “I for one feel that governments are indispensable for creating a just and democratic society, and think that tax dodging is an assault at this”, he says. But it’s less an issue of ‘dodging’ than working with laws, or so-called ‘loopholes’, that exist for a reason and that can strengthen economies and stimulate job growth. Opportunities to lower tax, and to prevent high tax bills on bonuses as in the case of Mylan, don’t only offer incentives for skilled workers to come and for large businesses to stay. It can also mean higher pay for other employees, according to a study by the American Enterprise Institute, A Spatial Model of Corporate Tax Incidence.

The researchers found an intriguing trend; the higher the corporate tax, the lower the salaries. ‘Our coefficient estimates suggest that a one percent increase in corporate tax rates leads to a 0.5 percent decrease in wage rates’, the report reads. By cutting tax bills, companies can theoretically afford to boost the wages of their workforce – which in turn would mean employees paying higher levels of income tax to support the supposedly ‘eroded’ state budget. A full-on crackdown would threaten that.

As an alternative to permitting companies to capitalise on tax rates abroad, whether via inversions, subsidiaries in havens or other means, the US Chamber of Commerce advocates entire tax reform. Chief Tax Policy Counsel Caroline Harris believes it’s the only way to increase global competitiveness. “If we don’t reform our tax code… shift to a more internationally competitive system, we absolutely let American companies become sitting ducks for foreign takeovers”, she says in a CNBC interview.

But it’s possible that lowering the corporate tax rate in the US would cut state revenue further, merely extending the reduced bills to an even larger number of American corporations. What reform would achieve however, is greater transparency on behalf of the government – that is, a more unified message to both corporations and ordinary taxpayers.

Currently it hovers between attempting to appease the protesters by suggesting it’s cracking down on tax avoidance – with Obama calling inversions ‘unpatriotic’ – while simultaneously trying to sustain benefits for businesses by leaving useful tax provisions. In taking such a middle line it risks antagonising both parties and fully appeasing neither, but it’s at least preferable to doing away with lower tax opportunities altogether – and obliterating its own economy.