Argo – the alternative asset management firm – has been investing in emerging market distressed securities for over ten years, with great results 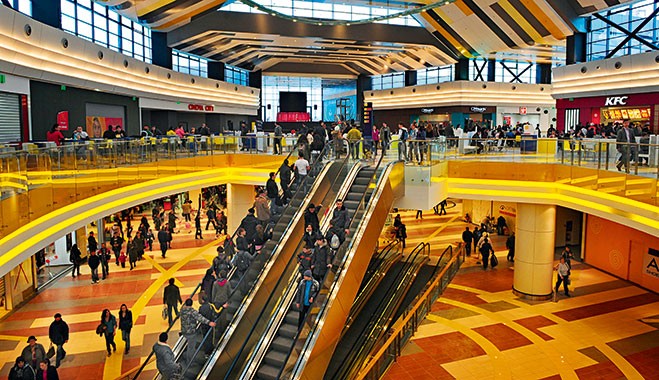 The words ‘distressed securities’ were very carefully chosen because distressed assets or distressed companies do not really interest us at Argo. We do not want to be invested in enterprises where the underlying business model is in any doubt. We are, however, constantly on the lookout for good companies – companies that are capable of generating solid cash flows and/or have strong and defensible market positions. If they are distressed it will be because they have weak balance sheets or the economies in which they operate have suffered from macroeconomic shocks, and as a consequence their securities – be they secured or unsecured, senior or subordinated – will trade at low valuations.

Emerging markets are an attractive hunting ground for this style of investing. With strong GDP growth, large foreign exchange reserves, limited use of leverage and growing affluence, emerging markets are an exciting long-term prospect and offer better risk-adjusted returns than developed markets. The debt-to-GDP of the US stands at around 100 percent at present, and is forecast to rise this decade, while in Japan this figure is closer to 230 percent. It is rare to find an emerging economy with debt-to-GDP ratios approaching anywhere near these levels. Quite simply, the developed world has been living on borrowed money for far too long and although the current economic upturn it is experiencing is helpful, it will not result in a meaningful reduction of its debt levels anytime soon.

However, distressed investing is not always a passive business, especially when it comes to emerging markets. While it is possible to buy a security and then simply wait for sentiment to change or for an upturn in the economic cycle to lead to a revaluation, not all situations are so straightforward. Distressed investing requires action, pretty much from the start. It also requires very specific expertise, including knowledge of bankruptcy law in multiple jurisdictions, experience of negotiation with multiple stakeholders and, often, access to additional capital in order to protect one’s initial position. Argo’s investment in Indonesian petrochemicals company TPPI is an example of when we had to call upon all these skills. After taking a position on the company’s senior debt, Argo forced the firm into bankruptcy and then helped negotiate a composition plan with all of its stakeholders. The key component of this plan is a debt-for-equity swap that will see Argo become a major shareholder and leave TPPI on a sustainable financial footing.

Cashing in on NPLs
A proven track record in broader fixed income or equity investing does not necessarily translate into the required know-how for distressed investing. Furthermore, the remit to invest across emerging market regions is essential to gaining exposure to the best opportunities. Funds with a country or region-specific mandate would have been unable to take advantage of all the opportunities that were made available in recent years. The aftermath of the 1997 Asian financial crisis, the Russian default in 1998, the Argentine moratorium in 2001, Uruguay’s banking crisis in 2002 and more recently the aftermath of the Lehman bankruptcy, all provided a wealth of undervalued distressed securities for the investor to benefit from.

But managing a global distressed opportunities mandate is not just about proficiency. In some instances managers are expected to produce innovative responses to unprecedented problems, especially in the context of a legal framework. When Essar Steel, a large Indian company defaulted on its debt, we at Argo were not prepared to litigate in the local courts as we felt our rights might be difficult to enforce. Instead, we sued for repayment through the English courts in 2005 – and won – in a landmark case which helped establish hedge funds as formidable players in the loan market.

In the coming years, Eastern Europe, particularly South Eastern Europe, is likely to produce some of the most attractive distressed securities opportunities as banks in the region sell-off their portfolios of non-performing loans (NPLs). In Greece, around 30 percent of loans made by the Greek banking sector are currently non-performing – that is over €75bn of loans. We at Argo are convinced that this segment will offer rich pickings for distressed investors.

Equally, NPL ratios are running high in Bulgaria, Romania and Serbia. Furthermore, the banking systems of these countries are dominated by eurozone banks which will face European Central Bank stress tests next year and are very likely to come under significant pressure to dispose of their NPL portfolios in the region. While a multitude of hedge fund are ready to pounce on the disposal of bank NPL portfolios in Western Europe, we believe South Eastern Europe NPL portfolios will be largely overlooked and as a consequence expect there to be some very lucrative deals to be done.

Shopping around
If one takes a long-term view, South Eastern Europe’s track record on economic growth is impressive. Between 2000 and 2010, average annual GDP growth for Bulgaria was 4.1 percent, Romania 4.2 percent and Serbia 4.4 percent. This compares with average growth in the eurozone of just 1.1 percent. And South Eastern Europe is forecast to continue to outperform the eurozone in the years ahead. Economists expect Bulgaria to enjoy growth of 1.7 percent this year and 2.8 percent next year; Romania 1.3 percent for this year and 1.8 percent for next; and Serbia 1.4 percent this year and 2.0 percent next. This compares with estimates of less than 0.5 percent growth for the eurozone in 2013 and around 1.5 percent in 2014.

Any NPLs bought by a distressed investor in South Eastern Europe will need very active management. It is likely they will need extensive balance sheet restructurings – usually in the form of a debt-for-equity swap – alongside follow on funding from the investor for working capital and capital expenditure. Furthermore, such plays are not for the impatient investor. The time between purchase of the distressed security and exit can be anything from 12 to 36 months or even longer. Exits include sales to trade buyers or private equity, an IPO or a recapitalisation of the company.

Some of the best NPL opportunities look set to be in the real estate sector, particularly loans to retail properties. Shopping centres and retail parks are very good cash generators. However, dozens in South Eastern Europe have found themselves with unsustainable debt levels due to a combination of excessive initial leverage and a fall in rents because of a contraction in the local economy in the aftermath of the financial crisis.

Minimising risk
Sometimes, distressed investment strategies require far more unorthodox structures. One of Argo’s most successful NPL investments was in Uruguay. A banking crisis in 2002 left several of the country’s biggest banks insolvent. By 2003, insolvent banks were placed into liquidation by the Central Bank of Uruguay (BCU). A BCU organised tender for the work out of insolvent bank NPLs was won by a local asset management company Argo created and capitalised solely for this purpose. This company went on to handle the work out of $1bn of consumer and corporate NPLs between 2005 and 2008 and resulted in Argo making a handsome return on the capital it invested.

As ever, Argo was totally focused on minimising the risk to its capital. To this end it financed its local asset management company via senior loans backed by the cash flows from the NPLs that were being worked out. Argo achieved a 200 percent return over three and a half years on this transaction while taking only senior debt risk. Furthermore, the Argo Distressed Credit Fund (ADCF) has been named Best Distressed Securities Fund, Europe – 2013 by World Finance. In 2012, ADCF generated a 24 percent return for its investors. So far this year, ADCF is up 13 percent. These are the kind of returns that distressed strategies can deliver if investors are willing to venture into emerging markets and employ innovative structures.

Argo Capital manages ADCF, The Argo Fund, the Argo Special Situations Fund LP, the Argo Local Markets Fund and the Argo Real Estate Opportunities Fund. When I founded Argo in 2000, investing in distressed securities was at the heart of the firm’s strategy. Although we manage a host of funds that hold more liquid assets, distressed strategies will be at the heart of the firm’s focus for the next decade and we expect them to continue to generate stellar returns for our investors.